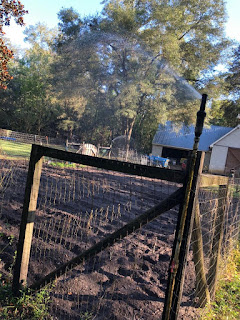 We turned the heater on this morning, not just because it was a chilly 62 degrees, but to see if it worked because it never does when we first turn it on.
It didn't this time either.
"I hate to say it," I told my husband as we waited for the sweet purr of the unit kicking in which did not occur, "But I think it's about time to replace this motherfucker."
"I hate to say it too," said Mr. Moon and he made no further remark about it except to say that he'd call the heating guy.
He was getting ready to go back up to Georgia and was in a very fine mood despite mechanical woes. Our refrigerator is displaying some problems too, and since these things always run in threes, I'm a bit wary. Perhaps we can count the stove which requires match-lighting for one of the burners and which has another burner which will not work no matter what.
The oven's really dirty, too. Can I get a new one?
Sometimes it just seems like everything is falling apart.
Perhaps that's because everything is falling apart.
The garden gate is disintegrating. Half my clothesline has broken. The railroad hasn't gotten back with us on the subject of the four tons of oak tree in my back yard, and I haven't even started in on the physical pains and problems that the two older people who live here are experiencing these days.
Not to mention my face and body which have definitely already fallen apart.
This is life.
However, I DID get the garden planted today, or at least mostly, and I am so proud of this and feel so happy about it. I planted carrots and beets and collards and kales and red mustards and green mustards and arugula and leeks and mesclun and cauliflower and cilantro. I think that's all.
Of course my rows are as wavy and curvy as a snake moving through the grass. Also, and this is HUGE! - I planted my rows from east to west rather than from north to south which is what we have always done.
I'm a rebel, baby! But the rows aren't as long going east to west and that's good because I don't need fifty collard plants. Thirty will do fine. I ain't a farmer.
Also, this means there will be more room in spring to plant potatoes and onions if I want to.
So I feel as if I accomplished something today and besides that, Hank and Rachel came out to see me and I pulled a smoked mullet and some blue crab claws out of the refrigerator that Mr. Moon brought home from the coast yesterday and we had a little north Florida feast on the back porch. When we were done we looked at the mullet skin and discarded bones, the de-meated crab claws, the bottle of hot sauce, the jar of mustard and the leavings of the claw sauce I'd whipped up and laughed.
That's what I like about the south.

So are y'all ready for Halloween? I am. I have decorated my entire house and all of the porches with spider webs.
Okay, okay. No. I did not do that. However, there ARE spider webs all over my house and porches.
I haven't bought any candy. We haven't had a trick-or-treater in years. And I haven't even bought a pumpkin to carve and set out on the front fence post. I really should do that. Maybe if I did, I'd get a trick-or-treater. Of course, that would require me to also buy candy. Which is never a good idea. Even if I get the kind I don't really like (Three Musketeers, anyone?) that only means that I'll be eating candy that I don't really like.
Jessie and Vergil took the boys to a pumpkin patch yesterday. 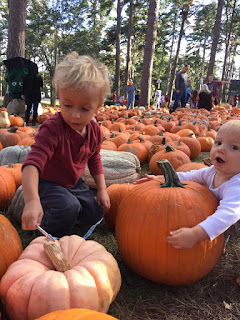 August took a tape measure to measure pumpkins. Don't ask me why. Levon tried to pick up and throw pumpkins. This seems to me to be more self-explanatory.
Tonight they are going trunk-or-treating which is what people do these days and don't ask me why about that, either. 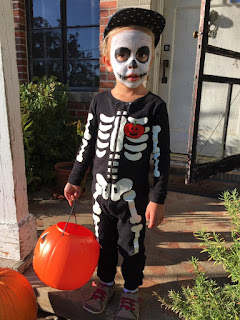 Lily's family is sort of in quarantine at the moment. Gibson got a real, raging, old-fashioned case of strep and although he's on antibiotics and feeling better, it's probably prudent to keep everyone home in case that damn horrible bug is brewing in any of the other kids. They'll be okay by Halloween, I'm sure. But Gibson was miserable for awhile there. On Friday night Lily texted me about his symptoms which included, "can't swallow his spit because his throat hurts so bad," I texted her back with, "Oh god. Strep." And she said, "I know and I want to die."
They got him to the doctor the next day and so far none of the other kids are showing symptoms.

Strep and head lice. These are two things that you never really consider when you're being all swoony and excited about the precious little baby you're about to give birth to.
Unless you already have kids in which case you know what you're getting into and that's why you're not as swoony as you were with that first one.

And that's it from Lloyd. It's Sunday and once again, I did not die.
In fact, kneeling in the dirt for hours and concentrating on placing those tiny seeds in the welcoming soil was just the thing I needed. And seeing Hank and Rachel and eating mullet and crab claws was just the thing I wanted.

And the rest of it can all go fuck itself. You know what I mean.