Just as I was about to post this last night, I spilled a teeny-tiny bit of martini that possibly got into my MacBook and out of an abundance of caution, I shut it off and tented it on a chair about a heating vent. All seems well this morning.
Phew.
I am SO careful around my beloved Mac but accidents do happen.
Especially when martinis are involved. 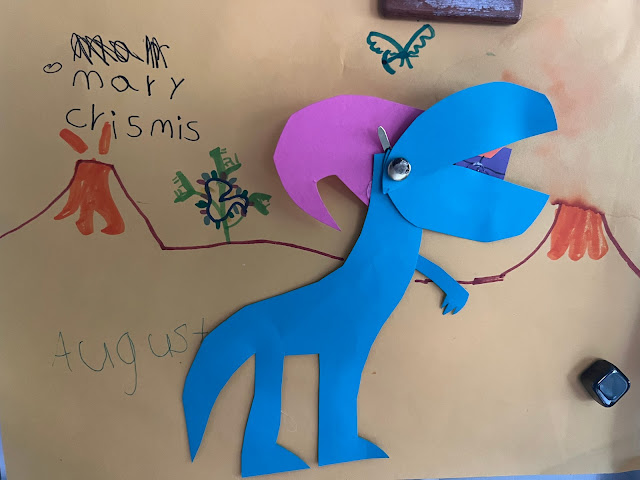 First off, thank all of you for your comments on yesterday's post. So many (for me!) and so thoughtful. Unfortunately, due to the fact that I just got back from Mer duty, I don't have time to answer them now. And I so much want to talk about that paragraph but tonight will not be the night. It is, of course, martini night AND I have yet to begin supper although we are having what I call "trash tacos" which do not take long to make.
But they are delicious.

I had a very good time with the boys. I spend the most time with Levon because I pick him up at one. It felt especially cold today at that time. The temperature wasn't that low but the combination of wind and humidity made it a wet cold that cut right through a body. When Levon came out of the door from his preschool, he was wearing a short-sleeved shirt, shorts, and flip-flops. He'd been playing outside and he said, "I'm so cold!" He was carrying a jacket but was he wearing it? No. Vergil got the boys off to school today and he and Jessie are both pretty tolerant of Levon's desire to always wear shorts. It's not like he's going to get frostbite and perhaps eventually, he'll learn that shorts aren't appropriate every day of the year. Or maybe not.

He showed me an envelope that a friend at school had given him. In it were two seashells and a little homemade mask.
"Who gave those to you?" I asked him.
"Akiho," he said. I know that he has a deep affection for this little classmate.
"She must really like you," I told him.
"She loves me," he said, as if saying, "The sun came up today."

He and I went to Lily's Publix where I covered him with my jacket as he sat in the cart and we collected the things on my list. We got to see our Lily and get hugs and have a tiny chat. Levon was promised a treat and it took a while to make that decision. Chocolate Teddy Bear Grahams? Barbecue potato chips? Then he saw the little individual packages of Nutella with tiny breadsticks to scoop the chocolatey goodness out with and he decided that THAT was what he needed. And then at the check out counter, I let him get a very small package of Cheetos and told him that he could only have half of the pack because he had to save the rest for his brother. And he very carefully made sure to follow my instructions.
Such a good boy.
And a hungry boy. He is obviously making up for those two weeks when his stomach was hurting him so. He had eaten all of his lunch which he never does and then he ate those Cheetos and then the Nutella with the breadsticks and THEN he had a granola bar. And he was still hungry. Luckily, at that point, his dad had finished work and started making his supper.
Before then, though, we had read several books and looked at videos of talking birds and pole vaulting and Olympic gymnastics and also plankton. The important stuff.

When we picked up August, he ran towards me and gave me a huge hug. He has become far more affectionate lately to the point where I am shocked. He's always been a rather reticent child when it comes to affection but in the last months, he has made it quite clear when he is glad to see me. I let the boys each have twelve minutes to play Monument on my phone and then they begged to watch more Mentos explosion videos. We watched two at which point I said, "Nope. Done. That is enough of that." And it was.

This was about the time that Vergil came out of his office and the boys told him all of their news and showed them what they had done in school. 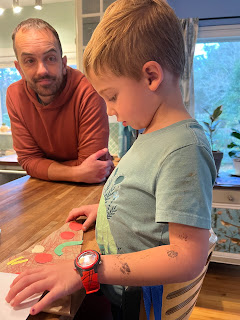 Levon had made a slice of pizza with mostly pepperoni on it. 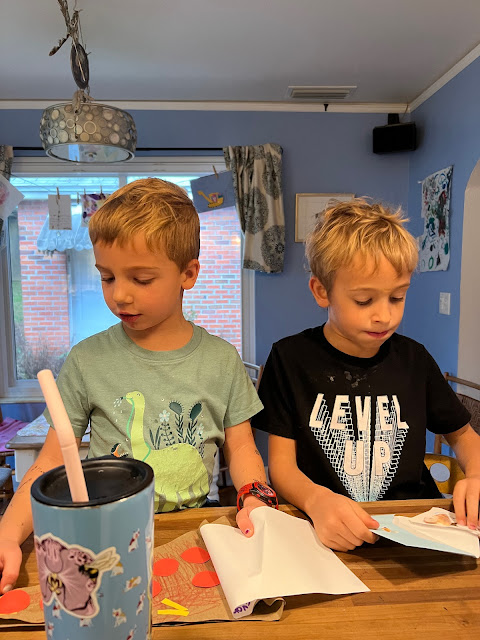 August checked out Akiho's present to Levon.
And then it was time for me to go. August grabbed my face and gave me two wonderful kisses. Levon said "Good-bye." I know he loves me and also, he held my hand while we were reading books.
The sky was crazy when I left. 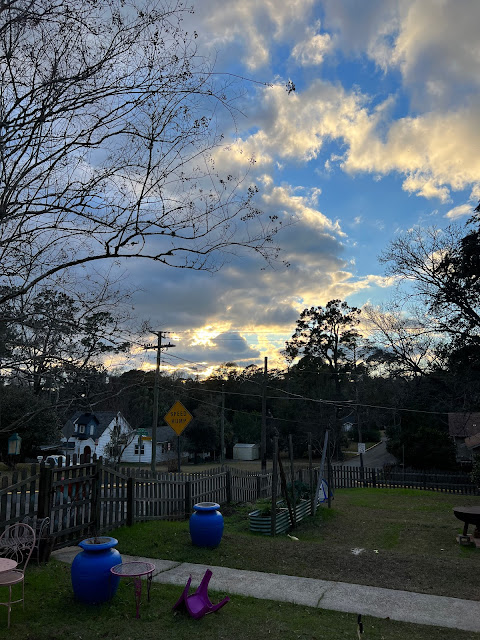 It was crazy yesterday too before last night's storm that came in with rain and thunder and lightening. It turned that yellow-green shade that portends something coming for sure. It's been densely gray all day long until the sun finally started breaking through late this afternoon. This is what it looked like on my way home, heading east. 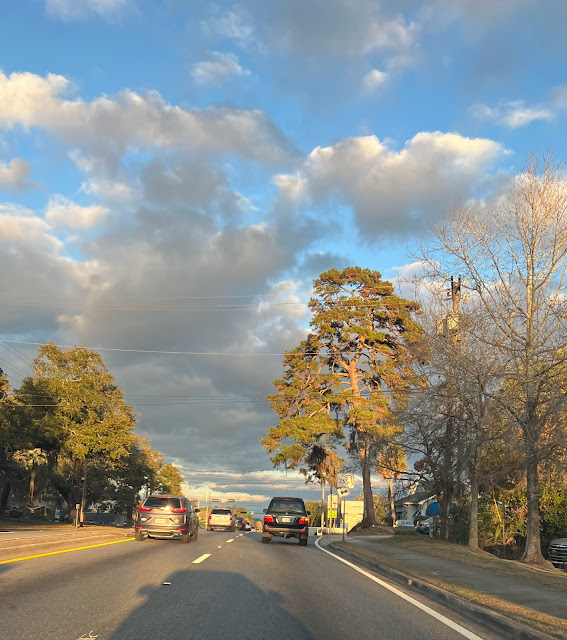 Yellow gold, green and gray.
It's supposed to get down to freezing tonight and the next two nights.
Friday night, the church next door is rocking. I managed to get clean sheets on the bed before I left to go to town this morning and I am sipping a martini.
All is well.
Happy Friday,  y'all.
Love...Ms. Moon