That Was Not Easy 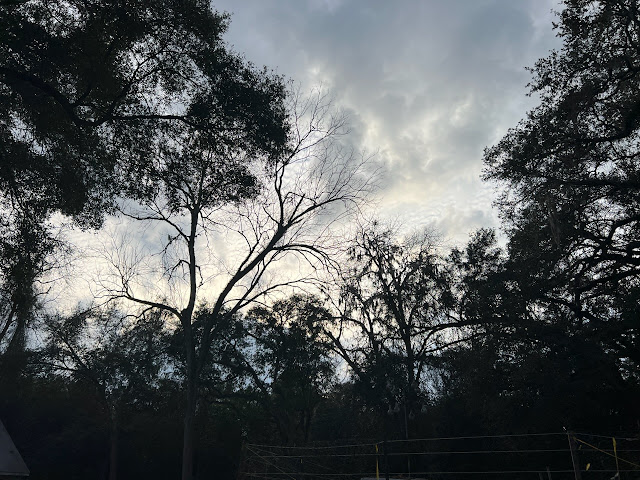 I got busy this morning, doing laundry, making up bread dough, creating a soup with garbanzo beans I had soaked all night, and lots of different vegetables and sausage. I ironed a shirt for Mr. Moon to wear to the memorial service and a kimono thing for me which I did not end up wearing. Instead I wore a sleeveless linen dress with a garment I have that I call a goddess-menopause robe because it's beautiful and velvety and has eight inch fringe on the sleeves and hem. I bought two of those when I was indeed going through menopause and I suppose I thought that eventually I would age into the type of woman who is, if not young and gorgeous, than perhaps older and more dramatic, swirly and glittery and bejeweled with dramatic eyeliner.
I did not foresee the overalls and no make-up ever-thing happening and yet, here we are.
But I tried today and let me say this- could there be a worse place to wear make-up than a memorial service for someone you loved?
I do not think so.

When we got to the cemetery, we wondered how we would find the place for the service. It's a National Cemetery, and Ross wanted his ashes to be interred there with a full veteran memorial service. As much as he hated the war he fought in, he took pride in the fact of his service and wanted to be laid to rest with other veterans.
We quickly realized though, that there was no need to worry about finding the right place. There were literally hundreds of cars heading to the same destination. I saw Mercedes, Toyotas, Subarus, Prius's, family vans of all descriptions, and pick-up trucks.
We were directed efficiently around a winding road and there was a huge American flag at half mast.
Now you know me- I am probably the least patriotic person in the world but the sight of that flag, lowered in respect to Ross, broke me.

We parked and walked up to the sheltered area where chairs were set out but they were well-filled by the time we got there. People gathered all around and we ended up right behind the chairs, next to my ex and his wife, as a matter of fact. My ex was friends with Ross a long, long time ago and it was through him that I met Ross.
The service started out with salutes, both with hands and with rifles, as happens in a military service. Taps was played. And then there was the hugely ceremonial unfolding and folding and saluting of the flag and presentation of it to Ross's wife.
I cried through all of this. I could not help it. I kept thinking how the government owed every bit of this to Ross. And so much more.

Before the veterans whose job it had been to salute and fold and so forth were out of earshot, a recording of Ross saying, "The war was wrong," was playing. It was a beautiful recording where he told about how he and other returned Viet Nam vets had strapped on backpacks filled with fertilizer and gone out into the woods like they had in Viet Nam, but this time to plant and grow. He talked about how seeds were shared and strains were developed, amongst the growers. How growing marijuana became their war then, and how it healed them.

Ross had two daughters with his second wife and with his third wife (now widow) he got three stepdaughters. Some of the stepdaughters spoke as did a few of the sons-in-law and one of the granddaughters. She described, as so many of the speakers did, going on walks with Ross, long, long walks where he would point out all the things we normally miss on walks. "No flower went unsmelled," she said. "No plant went unidentified. No spider went unnoticed."
But what broke me again was when she told us how he would say to her, "I love you Granddaughter," and she would always answer, "I love you, Grandfather."

The person who sort of emceed the event was an old and very dear friend of Ross's who called him "brother," "mentor," "father-figure." Everyone who spoke talked about Ross's love of the outdoors. His love of sunsets and sun-rises. How he made everyone feel important and listened to and loved. How he loved to cook and go to FSU sports events. How he was always his most authentic self. Ross was always Ross. If he had any bullshit in him, I never saw it and I don't think anyone else did either.
Every word spoken was obviously and absolutely spoken from the heart.
Broken hearts. My god, they will miss him.

We all will. As I pointed out to Glen on our way home, there was not one person there because of duty or being a fellow church member or because it was socially required for any reason. All of us were there to honor a very special human being whose life had touched ours in some profound way.

The only music was that everyone was invited to sing along with this.

I did not know the song but many did and it was fitting. Redemption song.
That's how it went. As honest and real and beautiful as his obituary had been. I hugged some people, including his widow and the mother of his children. His widow said, "There aren't any words, really. There's just this huge black hole now and I have to figure out how to fill it." Her face was raw with missing him. My throat was so choked with emotion I could barely utter a word but as she said- there really are none.
I knew the woman he was married to before and she looked so lost. The ex-wife gets so little of the sympathy and the after-care that the widow does and I understand that but it's hard. When I hugged her I said, "He loved you," and she said, "I loved him too," and her face too was raw with grief.

We came on home and the damn garbanzo beans were still, if not rock-like, than certainly not soft and I transferred it all over to the pressure cooker and after a half hour of that they are edible, at least. The bread will go in the oven as soon as it is preheated.
I feel wrung-out. As I should, goddammit. It is right that I cried, it is right that I am sad. It is hard to believe that such a strong, bright light has disappeared from this earth. And yet- every day there is a sunset and the light does disappear. Unlike with the sunset though, where we watch it in its glory as it slips from view and we know that within a few short hours, it shall reappear with a different but equal glory, when it is a person whose light has been taken from us, we know we will not see them again. At least on this earth and I don't believe ever but who knows? I could be wrong.
Doesn't matter. There will never be another like Ross. And I honestly believe that he left a little of that color, that light, in each of us who loved him.
Now if we can only remember that. 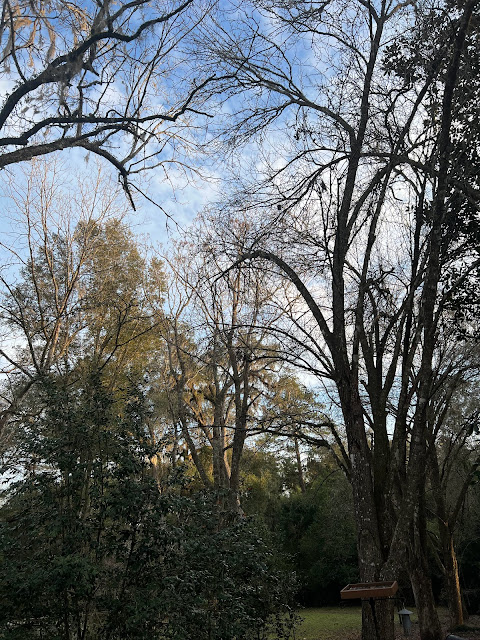