I Do Not Think I Will Be Dying From This 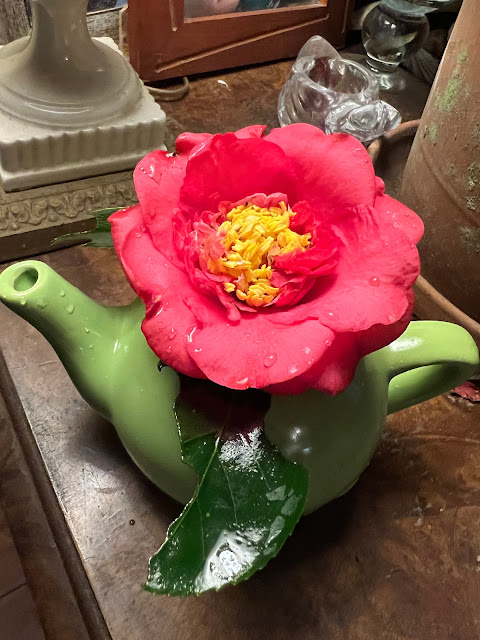 I woke up this morning and did not want to get out of bed. It was almost nine o'clock. Another ten or so hours of sleep for me! I felt pretty crummy when I did get up. Slow and so achy. But as the day progressed, I felt better and after one more negative covid test, I am assuming I just don't have it. It is quite possible that the boys had something BEFORE they got covid and that's what I have although Jessie says that her symptoms sound just like mine and she does have it.
I still don't want to go to Tallahassee to get a PCR test.

I am such a whiny bitch. I really am.

We had some very exciting weather this morning. Phones going off with tornado warnings, high winds, pouring rain- a real storm! But we did not get any tornados and although there are lots of limbs and branches down, no real damage that I can see. After all of that passed, the rain has fallen on and off all day and it has been warmish, although due to get cooler again tonight. I feel so sorry for people who have suffered injuries that cause them pain when the weather changes. Our weather lately cannot make up its mind, swinging from one extreme to another and I think of all the aching bones and joints making people cranky and short-tempered.

I actually left the house a little earlier to go to take the trash and stop into the post office. No one was there so I felt like it was okay to go in. I noticed that My Gypsy Soul Boutique was not open and I wonder if it has already tanked. I would not be surprised. Such a crazy idea to open a shop like that in Lloyd but still- sad as it was someone's dream. I would have been glad to buy things there if they had had anything, anything that I wanted. But they did not.

I walked around the yard a little and found that camellia in the photo up top. It was growing on the bush that was here when we moved in. The one lone camellia bush. It's a strange bush in that it has both red and pink camellias. I do not quite understand but I suppose it's due to a grafting.

And so another day of languor, leisure, and lazing around here. More mending, this time on an ancient favorite dress which is, to be honest, threadbare. Again- more hobby than garment. I did a load of clothes which is hardly physically challenging. Hopefully tomorrow I will feel like putting my toe back into the river of life.
So to speak.

Ah. He's just back from town where he got a new valve for my shower and worked out at the gym and went by Publix for me. So I guess he's okay.

I finished watching both seasons of "My Unorthodox Life" this afternoon and I have to tell you that as always with these stupid shows, I feel a small amount of grief when they're over. I get so invested in these people! It's ridiculous. Then I started rewatching a series on Hulu called "Fleishman is in Trouble".
You know what? I can't stand this show. I find the protagonist (played by Jesse Eisenberg) to be unreal, unattractive, and I do not care about him. There are many sex scenes with him in them and IT IS NOT ENJOYABLE TO WATCH THEM! I have nothing against sex scenes. They can be fun. But not with this guy.
No thank you.
And Claire Danes?
I don't know. I want to like her but I just can't warm to her although I did love her so much in "The Royal Tenenbaums." Oh wait. That was Gwyneth Paltrow, pre Goop.
Never mind.

Whatever, I do not think I'll be watching any more of that. It's odd, isn't it, that I can enjoy, love, and adore the trashiest of "reality" series and yet cannot stand so much of the scripted material on TV? I suppose I set way higher standards for those.

Mr. Moon has already replaced the valve and turned the water back on so it's time for me to go cook supper. But first...look what arrived today. 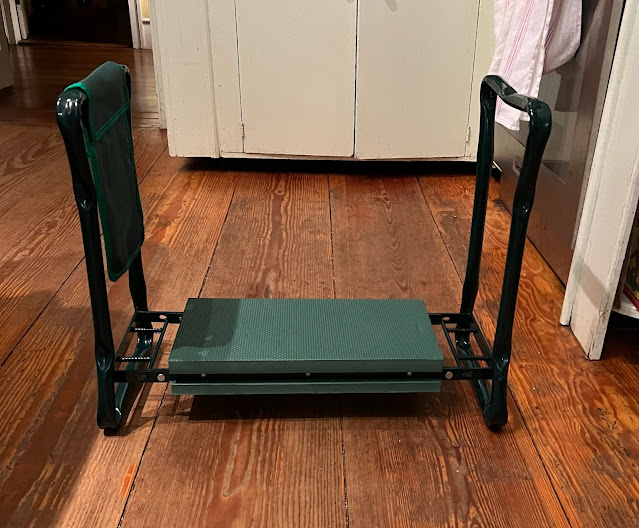 I am so excited. When did I become the old woman who loves and adores new gardening and yard work tools?
I do not know. But here I am. And happy to be.
Love...Ms. Moon
Posted by Ms. Moon at 6:42 PM