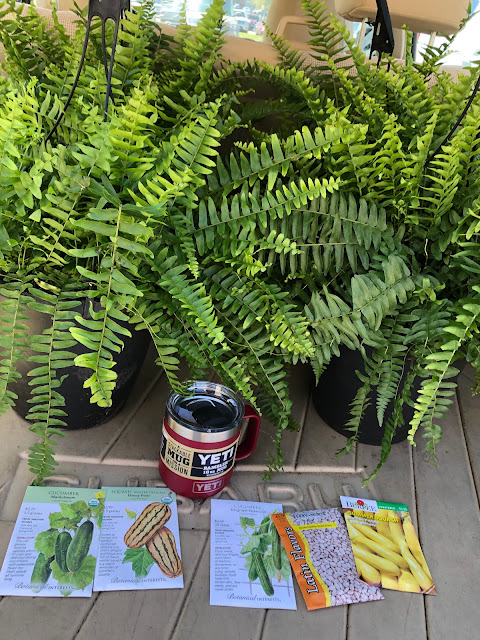 The day started out with the white German Shepherd who killed Bella with his partner in crime, sniffing around my still-closed hen house. By the time I'd gotten Mr. Moon involved, the dog had melted away into the woods. The chickens stayed in the hen house for a good hour, not going out into the run, not making a peep. They knew that dog was out there.  I let them out much later than usual and by that time they were either pretty sure that the dog had gone or had entirely forgotten he was ever there.
One never knows with chickens.

No cats have shit in the bathroom since Mr. Moon put a trail cam in there. I am not kidding. He set it up on the floor and so far it has recorded no activity. Yesterday, when Biscuit Head (this is what we are calling the big gray cat) showed up to stare at us through the kitchen screen door, we noted that he had fresh slash marks across his forehead. I am thinking that either Jack or Maurice was the perpetrator although neither one of them shows any signs of a struggle, as they say in the crime novels. And today, while Mr. Moon was eating his lunch in the kitchen, the dang critter boldly walked in off the back porch and headed towards the food bowl. He was soundly chased back out by an almost seven-foot tall man. He is also now PEEING in the house, notably my bathroom.
At least he is using the correct rooms for his toileting. This may not end well.

I needed a few things at Costco and a local nursery had a sale on hanging ferns and also, Gibson's birthday is in three days, so I made a run to town. I got to the nursery and as always happens, I wanted to buy two of everything in there and was completely overwhelmed by the thousands of plants. I limited myself to what you see above plus six Brandy Wine tomato plants. I actually took that picture to send to Mr. Moon. The Yeti coffee mug I got because my husband got one and every morning without fail he tells me how wonderful it is. It better be. I could have gotten ten regular coffee mugs at Goodwill for the same price, many of them saying things like, "I Am Blessed!" and "World's Greatest Aunt!"
Then I went across the road to a small toy store which I love because they have odd and unusual things for kids and I got Gibson a jigsaw puzzle which, after you finish it, you can solve riddles that come with it and do escape activities.
Just what a nine-year old boy wants, right?
Well, maybe.
The woman asked me if I wanted her to wrap the puzzle. I said, with all seriousness, "Desperately."
She did.

And then, because I could, I went into a little antique shop right next door which is never open but was today and ended up heading straight to a cabinet where there was a good collection of silver bangle bracelets and I bought one that I have an exact match for that I got in Cozumel. Just a heavy-ish, very plain, simple rounded circle of silver. Of course I have absolutely no need for another piece of jewelry, especially a silver bangle bracelet in that I have at least a dozen but what's a girl to do? Plus, the price was right. Very, very right.

And then on to Costco and a Brenda hug and now home.
I have a nice corned beef brisket simmering away on the stove and a head of cabbage ready to cut up, potatoes waiting to be scrubbed and cut, and four carrots fresh from the garden to be put in. I do love corned beef and it's so bad for you but hey! It's St. Patrick's Day which means nothing to me at all except for the fact that it's a good excuse to cook and eat corned beef. I will make a loaf of Irish soda bread too. All of this is making me think of the many, many spring/St. Patrick's Day parties that Lon and Lis have so often given with literally hundreds of musicians, friends, and families that lasts for at least three days. I always make the corned beef and cabbage and soda bread and have the best memories of that, being in Lis's small kitchen and somehow feeding the masses. I cannot play an instrument but I can cook and so I do.

So happy St. Paddy's to you if you are Irish or Irish wanna-be or simply like the color green or delight in a nice slice of corned beef with grainy mustard on it. My friend Alfred Running Bull (well, sort of a friend) posted this on Facebook today. 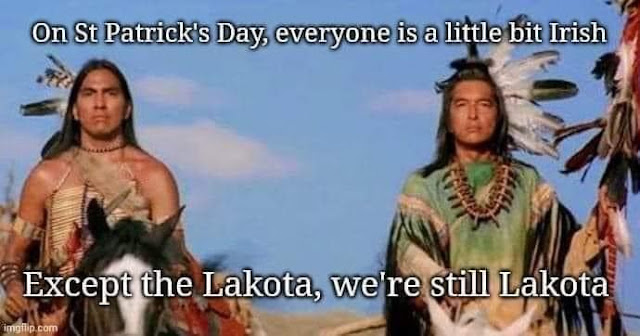 I love it. I should be so very embarrassed to admit how many times I watched that movie, mostly to see those two men, over and over again.