I Remember How To Cook 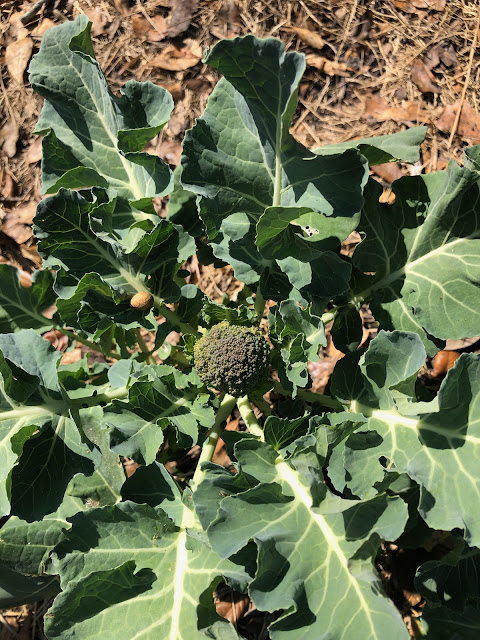 No, really. It's happening. Slowly. But yes. It is. Today I could not remember the word "criticize." I just couldn't. It's like things just get jammed in the file folder of my mind and I know they're there. I put them there. They've been there my whole life! But I can't retrieve them.
And then eventually I do and I am grateful and go on to the next thing I forget. And it's not just words. It's the common things like walking into a room and having no idea what you were about to do there. Same with opening the refrigerator- what in hell did I need?
Something.
I do it with my phone. I pick it up and activate it and then wonder why I've picked it up in the first place. Was I going to look up a recipe? Check my messages? Google something of vast importance? Check the weather widget?
And that's a problem too. I check that widget at least four times a day, sometimes more because I NEVER REMEMBER WHAT IT SAID! I do, vaguely remember but for some reason I want those exact high and low numbers. Which is another sort of mental situation, I guess.

And then there's the sort of forgetting that Mr. Moon and I both do (and he does all those other things too which gives us about one brain between us) which is to forget what the fuck we've planted in the garden. Sometimes we mark rows, sometimes we don't.
"Oh, we'll remember!"
Hahahahahahahahahahahahahaha.
See that picture at the top there? I am pretty sure that it's broccoli. But you know what? I thought, and my husband thought, that it was a collard plant. We have about half a dozen of them and we've been discussing why those collards have not grown like the others. To be honest, the leaves are quite similar in shape and in color and different varieties of plants can and do look very different. Somehow just saying the word "variety" makes me feel so smart.
As if.
So a day or so ago I noticed that those "collard" plants were growing what looks suspiciously like broccoli. Did we buy broccoli plants?
I guess we did.

Well, at least I still remember how to cook all of these mystery vegetables. 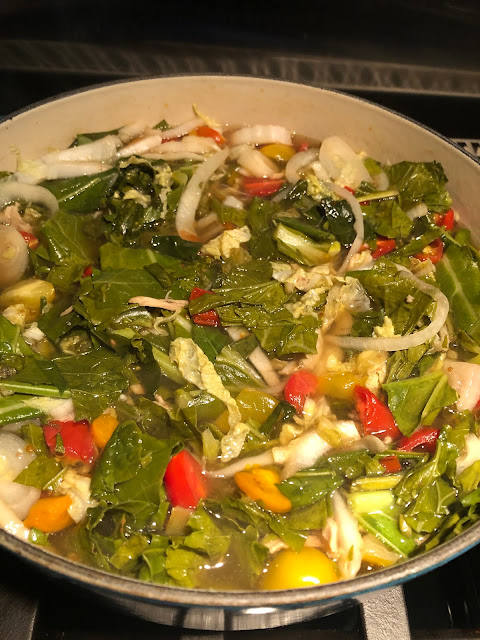 This is a nice pot of collards (yes, real collards), kale, and Napa cabbage with cherry tomatoes and onions. They are simmering in a broth that includes some of the chicken broth that I made last week with a chicken I roasted, balsamic and apple cider vinegar, a little olive oil, and Bragg's. It smells wonderful.
I'm also going to cook some small river fish that Mr. Moon caught the other day on the Aucilla which is just about our favorite kind of fish. I believe they will be air-fried. And probably some cheese grits. Or hell, maybe just cornbread. Lately I've been making my cornbread with corn, jalapenos, and cheese. It is so damn good.
As I cook these things, I give credit in my mind to the enslaved people who cooked and ate what the white people didn't- fish they could catch themselves, greens and tomatoes they could grow in their own gardens if they were given the permission to have them, and bread made from corn meal, not the white flour that graced the table in the big house.
The poorer white people in the south learned to cook this way too. What we call "soul food" should probably be more rightly called "poor folks' food."
Ironic, isn't it, that this cuisine has not only survived and is still a staple in many kitchens, and that it has even, in some places, and by some chefs, become elevated to a haute level?
And it all began in Africa.
Ain't nothing haute about the meal I'm making and although I am using my fancy stove and an air fryer in its preparation, I could, and I swear this, make it on a wood fire if I had to.
I suppose I haven't lost my mind completely yet. But as with everything else it's only a matter of time.
Meanwhile, the low tonight is going to be...uh, let me check my phone...forty-five!
Seriously, I had to check.
Love...Ms. Moon