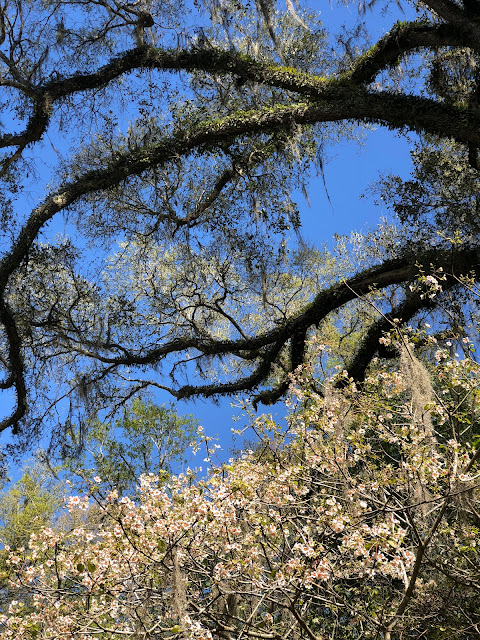 There's the tung tree underneath the oak tree which is itself underneath the bright blue sky we have had today. Another perfectly perfect day, warm but not hot, not so humid, and all you could ask of a North Florida spring day.

I went and got a pedicure this morning with Lily and Jessie. Actually, Lily got a manicure instead as she had a pedicure recently so she didn't get to chat with Jessie and me as we had our feet taken care of. Hooves trimmed, claws cut, polish applied. It's so funny to see my toes doing the same things my fingers are doing. The toe knuckles are becoming gnarly and some of my toes are changing the direction in which they point. They could be worse but since I hardly ever wear shoes that put pressure on my feet, they are just growing old. I do remember the days when I used to wear heels when I'd go out with my nursing school friends.
Lord, Lord.
This was the early eighties and we wore tight, tight jeans and high heels to go dancing. I generally kicked off those shoes before I danced but I wore them when I came in and I wore them when we left. I remember a pair of pink "snake" skin heels I had. I loved those things. I wore them when I married Mr. Moon with my Jessica McClintock white dotted swiss dress that I bought two days before the wedding.
Oh, those were the days indeed.

Anyway, after we got ourselves beautified today we went to a little Mexican restaurant in what used to be just a Mexican grocery store, thus the name, "La Tienda." None of us had ever eaten there and it was fairly charming. 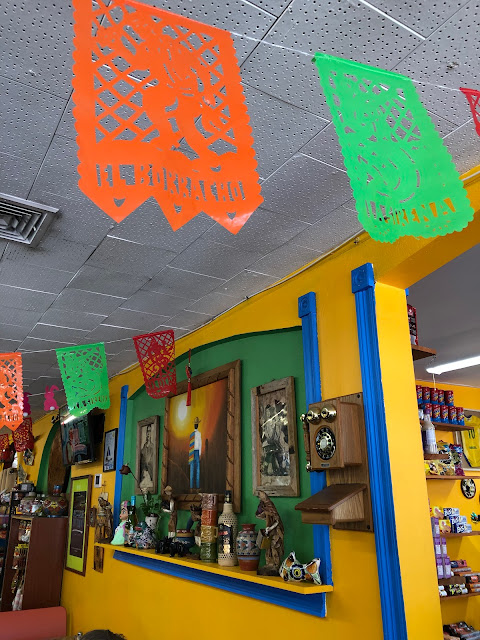 However, it took over an hour to get our food- so long that Jessie had to leave to go get Levon from school. We were going to get her lunch packed up and take it to her at home but it took so much longer that she was actually able to come and eat with us when it finally arrived. With Levon, of course. And we really didn't mind waiting so much. It just gave us more time to talk and we did. And then a chance to see our baby boy. On the way out I saw Lily's midwife, a woman I've known since the second day I was in Tallahassee. She was eating lunch with her daughter, and it was so good to see them.
For once I really didn't have a thing I truly needed to stop and pick up on my way home which turned out to be a good thing because I ended up waiting for Gibson and Maggie at their bus stop as Lily had a grocery order to pick up on her way home. 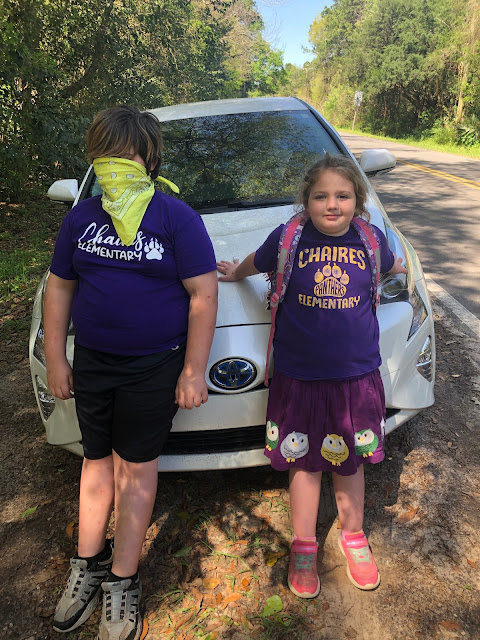 Gibson was going incognito. We waited for their mama to show up which only took a few minutes. I showed Maggie the picture of her doll I took yesterday and she very seriously and with great authority told me that she wanted the doll to have a big red smile and a dress, and gloves, and shoes, and a hat. She thought a little more. "And a jacket!" she added.
Hmmmm...
I told her that I wasn't sure I could do all of that and she said, "Well, get Boppy to help you."
"Uh, Boppy really doesn't sew," I said.
"What?! He doesn't know how?" She was surprised. Boppy can do everything.
On Facebook this afternoon I discovered that the powers that be are planning a Dollar General in Lloyd. A woman I know had posted an article from the Monticello paper. 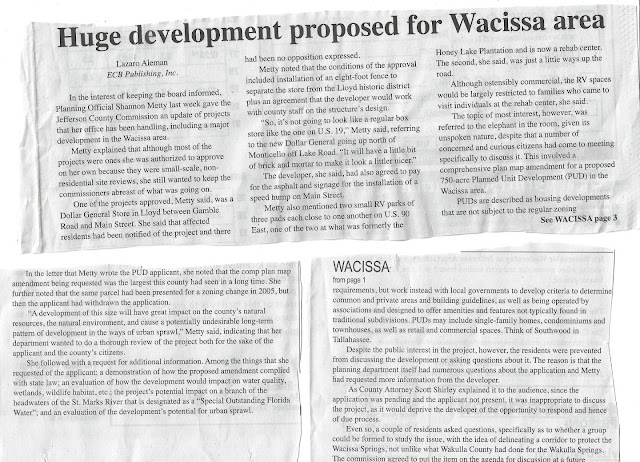 The part about Lloyd is in the first few paragraphs and it was a startling thing to read. No one around here had been notified. My across the street neighbor got ahold of our county commissioner who explained that because the property is zoned for mixed-use, commercial, no one had to actually seek approval and it was presented to the county as a done deal.
Now I'm not sure about that and I'm also not sure about exactly where they plan to put the dang thing but the only place I can see that would work is a bit north, across from the old truck stop by the interstate exit. It would still be less than half a mile from my house but it wouldn't impact us too much. And quite frankly, if that is the truth of where it would go (and the county commissioner was not sure), it would benefit many, many folks around here who have zero transportation options. The nearest groceries stores are either in Tallahassee or Monticello and they are not within walking distance. And Dollar General is selling groceries these days along with a lot of assorted other things, some necessities, some junk. Of course I, with my Prius and my privilege, can get to a grocery store anytime I want but a whole lot of people cannot.
There is a convenience store down near that interstate exit which has been in constant operation since at least the seventies, maybe longer, but they carry very, very little besides beer and milk and can charge whatever they want because they have no competition. That family has been milking the people of Lloyd for generations.
So. Who knows? Dollar General is taking over the world and Jefferson County, too and there's not a lot I can do to stop them.
I think for the moment I will have a martini and wish you a happy Friday. 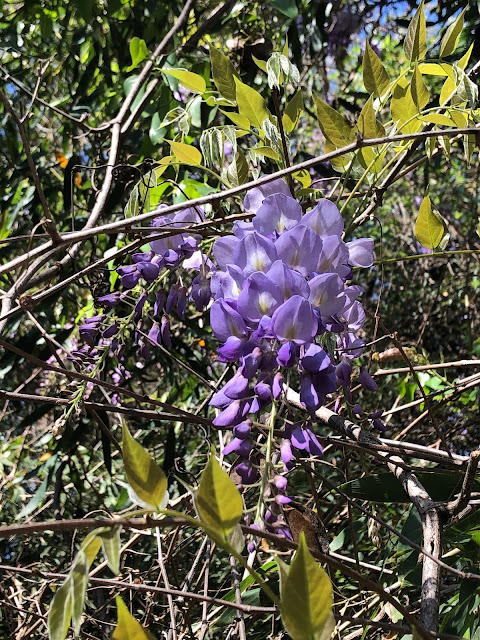