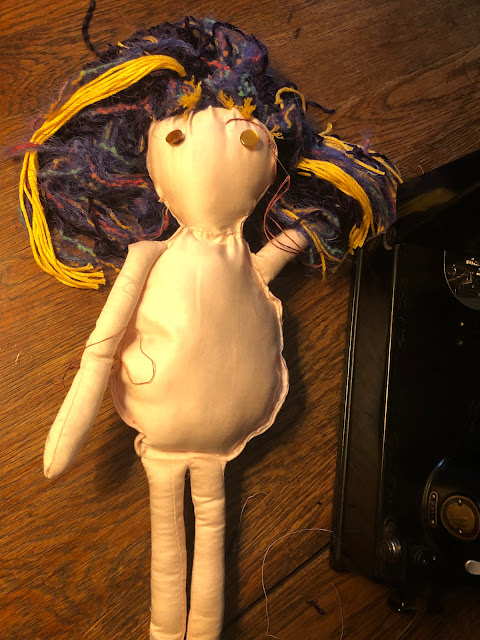 Little Dolly is coming along and it is vastly apparent that the good lord did not put me on earth to make dolls. Bless her little heart. I am much better at monkey sock dolls because it's all just so preordained by the socks and I'm not even sure why I decided to try and make this doll but I did and I have to say that I am enjoying myself, even as I laugh at myself. I plan on giving her some bodacious eyebrows because Magnolia already has a pair of those herself. Some of you may remember when Maggie was born and Lily said, "She doesn't have any eyebrows!" and Jason said, "Don't worry. She'll get one."
One of my favorite family stories. And although she has not yet achieved the status of having an eyebrow, she's sure got some good ones. 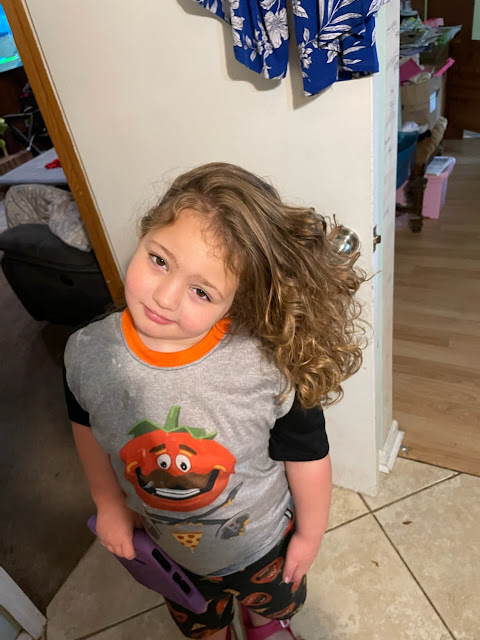 And she uses them to her beautious advantage.
I have no idea where this day went. I have no idea where this week has gone. It's just been like blink, blink...done. I have been experiencing time going faster now for awhile but the last few months seem to have been oiled with W-D40. I think that today I made a loaf of sourdough and did a load of laundry and swept some floors and cleaned some sinks and went to the garden with Mr. Moon (that sounds sexy, doesn't it?) to try to figure out where to plant all the summer stuff. We're in that time where entire rows need to come out but I'm hanging on to them with my bloody fingernails, even though the plants have bolted and are starting to get bitter. And some things just are NOT ready to come out. The potatoes, of course, which are not ready to dig, and the peas which are just learning to climb a fence, and the kale and chard which look fabulous and the onions and garlic...
Meanwhile, the tomatoes and peppers and basils and eggplants are yammering to get their root-feet into the ground. I went around and pulled the broccoli I've cut, the mustards that have bolted, and an arugula or two which is definitely, without-a-doubt, DONE!
I sobbed.
No, I did not.
Anyway, I did that and then Mr. Moon took over the planting and I did something. I have no idea what. Worked on that poor, wretched doll.
I've finished the Scientology book and am now listening to a Stephen King novel which is not reading like any Stephen King novel I've ever read. It's called Billy Summers and so far, I'm there, I'm hooked.
And here it is Thursday and tomorrow is Friday which is how weeks operate. But seriously? How did this happen?
Oh! Last night we had a power outage that lasted over five hours and our generator finally got a good test run.
It was amazing.
It does not take even a minute after the power goes out for the generator to kick on then...it's like nothing ever happened. We have lights and fans and internet and TV and all of the modern stuff you take for granted until it goes away. And you know what? I felt guilty! Of course I felt guilty. Guilt is my default mode and here we were, living the life, not bumbling about with miner's lights strapped around our heads, lighting candles and wondering how in hell we were going to watch Survivor. Okay. One of us watches Survivor and it's not me. I felt better about it all when Hank reminded me that Mr. Moon had mixed and laid a literal ton of cement to make the pad the generator sits on.
Thank you, O Wise Hank!
And that's the story over here. Pathetic doll-making, audio book listening, gardening, sweeping, wondering where in hell the time goes.
Love...Ms. Moon
Posted by Ms. Moon at 6:07 PM