A Sunday At The Beach 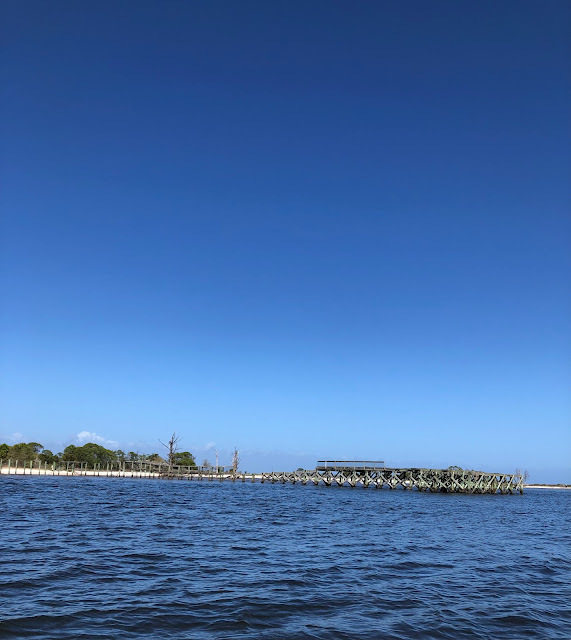 Today was a different sort of Sunday. Jessie and Vergil had taken their little boys down to a nearby beach called Mashes Sands. The same one they generally go to and the one where my header picture was taken. Today Mr. Moon wanted to take one of his boats down there as he'd recently had some engine work done on it and he wanted to give it a test run.
More on that later.
BUT, here's what the sky and the water looked like today. Just blue as it could possibly have been and I thought about the last time we went down there and a huge storm rolled in making the sky look like the angriest bruise you can imagine. Not today though.

The boys were very, very happy to see us and part of that was because they knew we were bringing cookies. But I don't think it was entirely the cookies. As soon as we pulled up in the boat, the boys waded to where we were tied up to that dock and asked if they could take a ride in the boat and could their parents stay at the beach so they could ride with just Mer and Bop?
As delightful as this idea was, boats make me anxious. I'm not worried I'm going to drown. It's just that I've been in so many boats that have broken down or gotten grounded or just been some kind of pain in the ass. Not to mention that I have another connection with boats that involves my stepfather and we need not say more about THAT.

So I wasn't too wild about the idea and Vergil ended up going on a little ride with them which was fine and then they anchored up and fished for awhile. 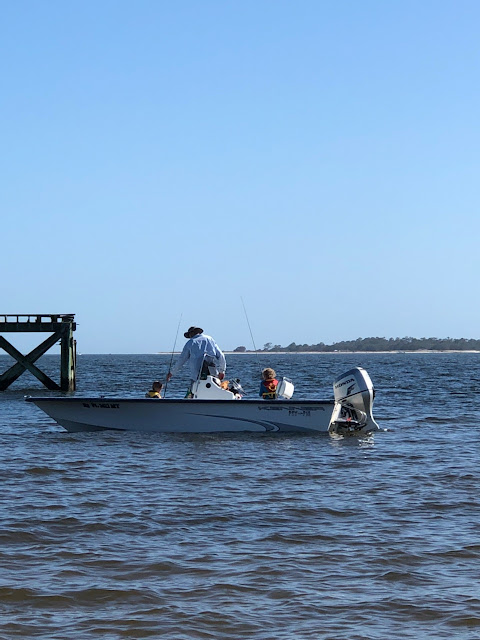 Jessie Girl and I spent a few lovely hours just catching up. So much to catch up on. Her work, family stuff, stuff going on here. I love having children who are my best friends.
The little guys had a wonderful time. 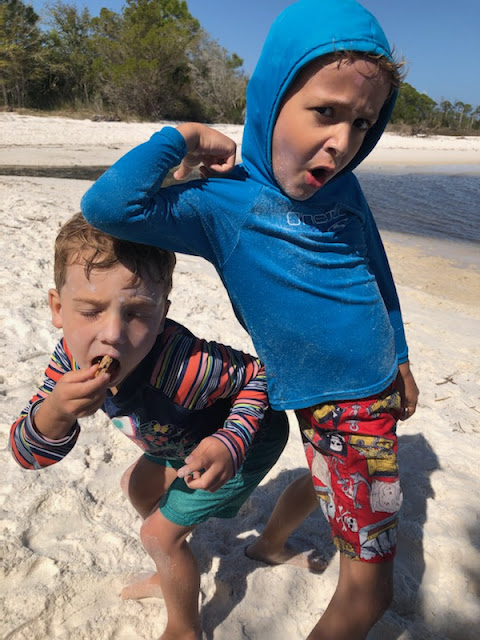 They rolled in the sand and waded in the water and jumped in the water and although they did not catch any fish, they were happy to just be on the boat, in the water, with their grandfather.
So it was a lovely day although it became apparent that the boat has a few problems that will have to be worked on which in my experience is what is always happening with boats. Always.
And yet, I do have to admit that my husband has transported me many, many miles in boats and never once have we been even close to tragedy. Or even dire danger.
So there you go.
We are home and I am heating up leftover shrimp étouffée which was amazingly delicious last night. Mr. Moon bought live shrimp on our way over to the coast as bait and we brought the ones home that he didn't use. They are tiny but obviously fresh and wild-caught. Glen headed them and I peeled them and gently and lovingly and respectfully sautéed them in garlic and butter and I will add them to the étouffée. 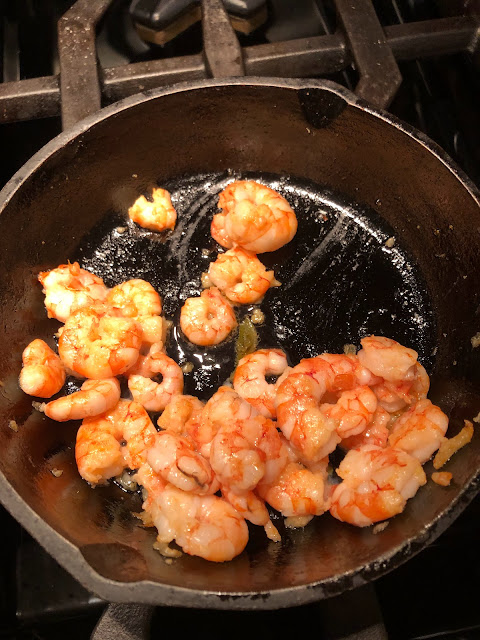 North Florida goodness.
The ones too small to peel will go to the chickens who will love them with all their little chicken-dinosaur hearts.
Love...Ms. Moon
Posted by Ms. Moon at 8:25 PM