Losing My Mind, Finding My Center 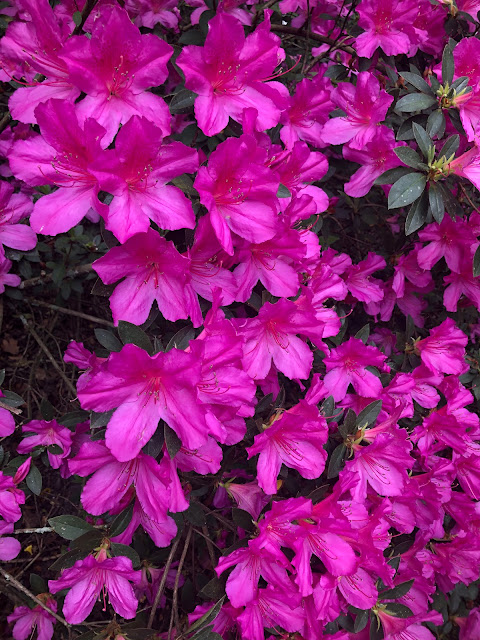 I think we can safely say that these azaleas are fuchsia. Startlingly so. These are the ones that didn't get pruned and they sure are happy about that.

So- example of me losing my mind. This week is a pretty full week. I had something planned for every day of it. Today I was going to Metcalfe, Georgia with my friend Liz. Tomorrow I am going to an appointment with another friend. Thursday all the family that can is meeting at El Patron for a Rachel-Birthday-Lunch. And Friday I have a dentist appointment.
Or at least I thought I did.
Now let me tell you something- my dentist's office calls, texts, AND emails to let me know I have an appointment coming up. Yes, yes, yes, I kept saying, getting a bit annoyed at the over-messaging. And I'd even found the little card in my wallet that I got when I made the appointment six months ago which has a sticker that you can put on the calendar and I DID put it on the calendar. 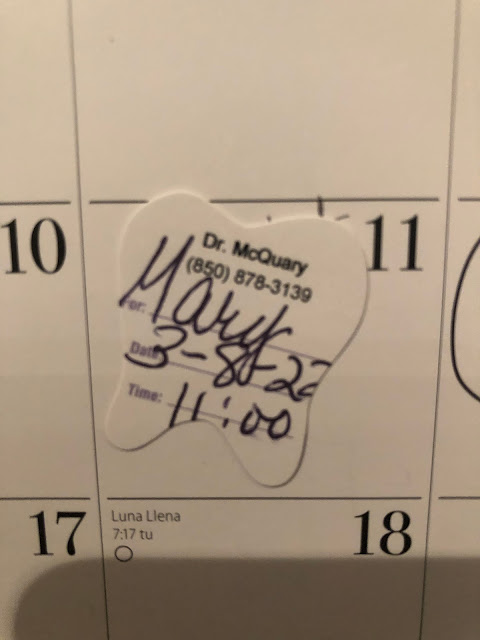 After looking at that picture, can you see where we're going here?
For whatever reason I was convinced that my dentist appointment was on Friday despite all of the evidence pointing to the fact that no, it was on March 8, which is a Tuesday, which was today.

The office called me when I was pulling out of the yard with Liz to ask where I was.
"Going to Metcalfe, Georgia to eat soul food," would have been the truthful answer. Of course I ended up apologizing left and right and am rescheduled for Thursday and I'm already getting texts and e-mails to remind me of that, but this time I am not scoffing and deleting them and IN FACT, I have told Siri to remind me on Thursday morning that I have an appointment at 11:00.
Phew.
I'm getting old.

Anyway, Liz and I continued on to Metcalfe and what a beautiful drive it was! We went down red clay roads the color of rusty blood but when we got there, we discovered that Mary's Kitchen, our intended luncheon destination, was closed. There was no schedule posted anywhere and I guess that Metcalfe is just so small that everyone knows they're closed on Tuesday. The place didn't look closed-closed, just closed today. I have posted about Mary's kitchen several times before. The first time I ever went there, I think, I posted about it HERE.
I have had as many truly fine meals there as I have eaten there which is to say that Mary is one hell of a cook.
We were disappointed but both of us felt that this is just another example of the way life is these days and shrugged our shoulders and decided to go to Thomasville, Georgia, which we did and which was fine. We went to a place called George and Louie's or maybe it's Louie's and George's but whichever, it's sort of a Greek place with amazing seafood. We ate outside and both of us got the best crab cakes I've ever eaten along with a small Greek salad, hushpuppies, and cheese grits for me and french fries for Liz. George was actually working. He is an older gentlemen, very handsome, and I think he was flirting with Liz. While we were standing in line to order at the counter, he asked her what she'd like to drink, got her the tea she wanted and left me standing there, drinkless. He also tried to tell us what we should order but as soon as he turned his back, we ordered what we wanted, rather than what he'd recommended.
We sat and ate and talked for about an hour and then we got in the car and drove back home on one backroad after another, having no real idea where we are and we didn't care either. Somewhere in the south Georgia/north Florida area on red dirt roads with the wild dogwoods coming into flower and the trees all turning green and the red clover starting to bloom in crimson on the sides of the road. It was glorious. We passed a little church with a cemetery, and noticing a very old small building beside it, we pulled in and stopped to look around. 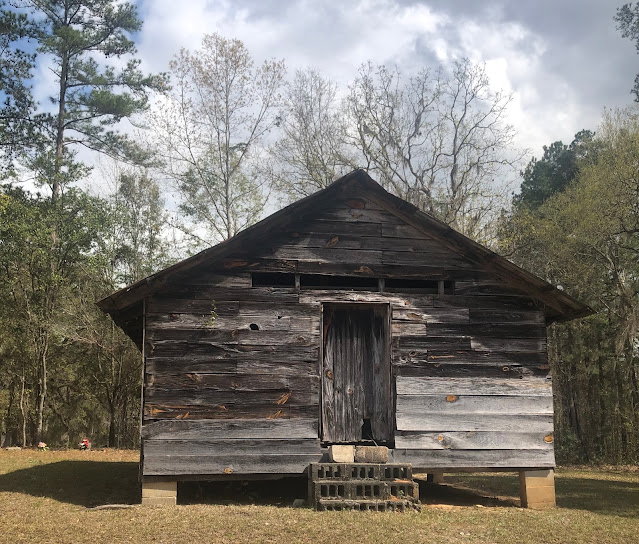 We could not decide whether it had been a church or an old school house. We walked around it, admiring the width of the pine boards which had definitely been hand sawn, the old shutters instead of windows, the still straight bones of it. 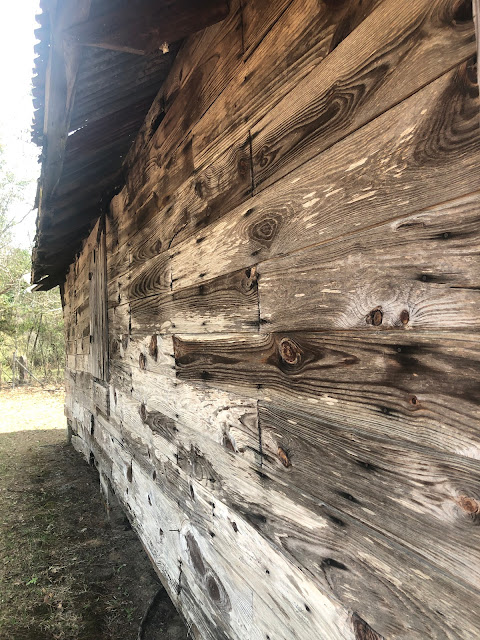 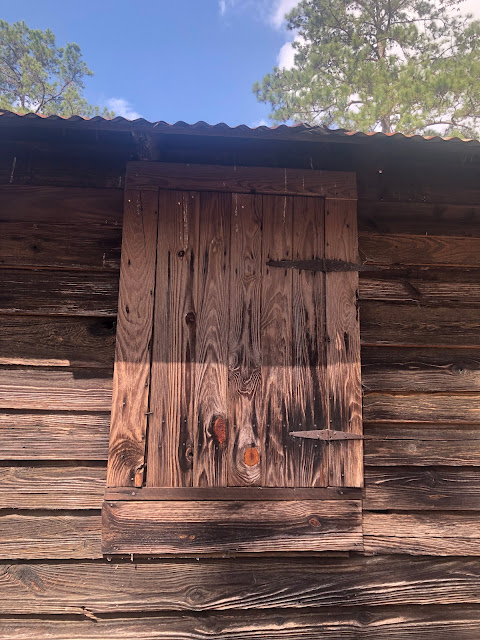 Although the roof is definitely new, there were some gaps in the back door that we could see through. 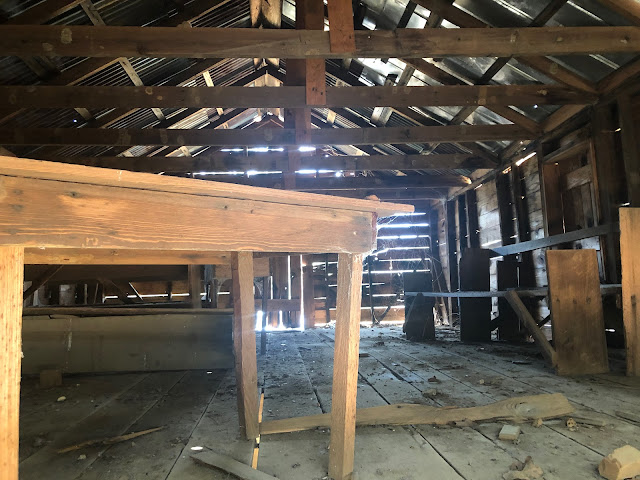 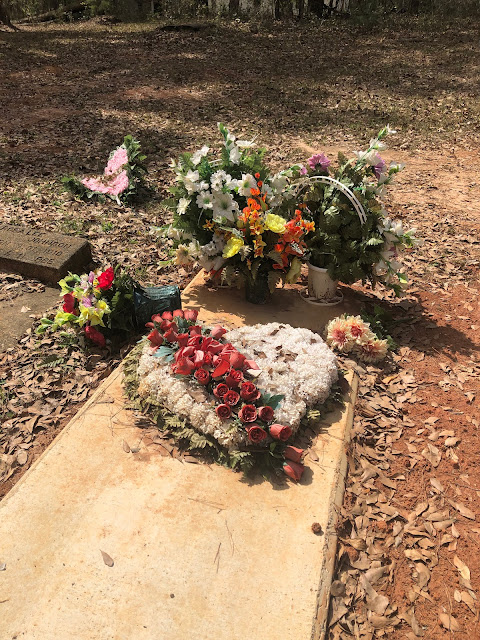 Stories of love and of grief. 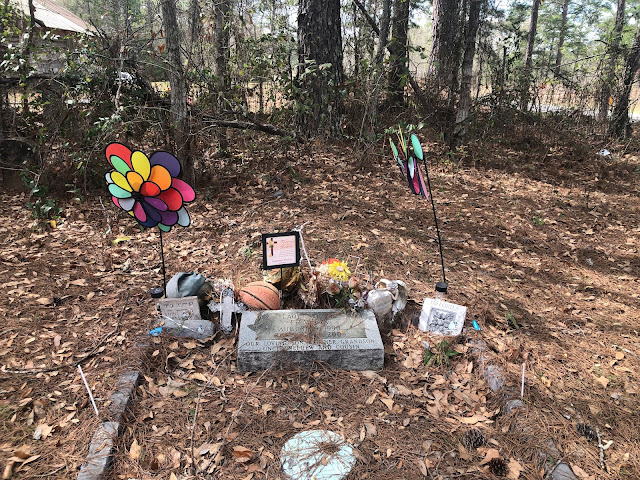 It all felt very peaceful.
We ended up at Reeve's Fish Camp on Lake Miccosukee where both of us have been before. 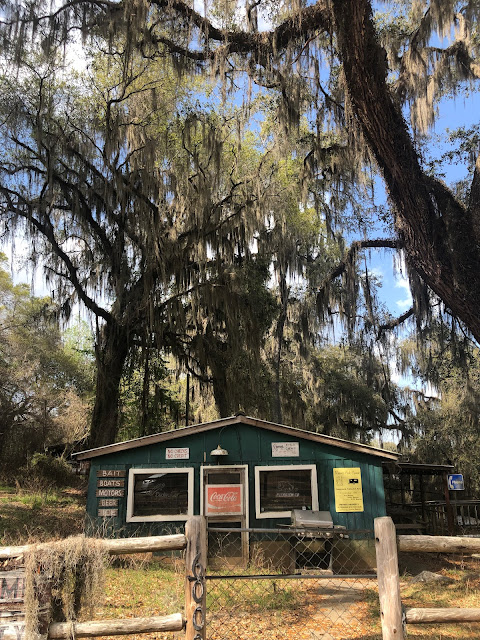 And y'all, if that ain't north Florida right there, I do not know what north Florida is.
It was such a sweet day. We had time to share hearts, share food, share memories, share roads that led to places we knew, places we did not.
I am so very grateful that Liz never gives up on me but keeps on inviting me out for these little but very profound adventures.
I am as lucky as a north Florida girl can be.
That I do not need to be reminded of.
Love...Ms. Moon