The Sky Was Blue, My Friends 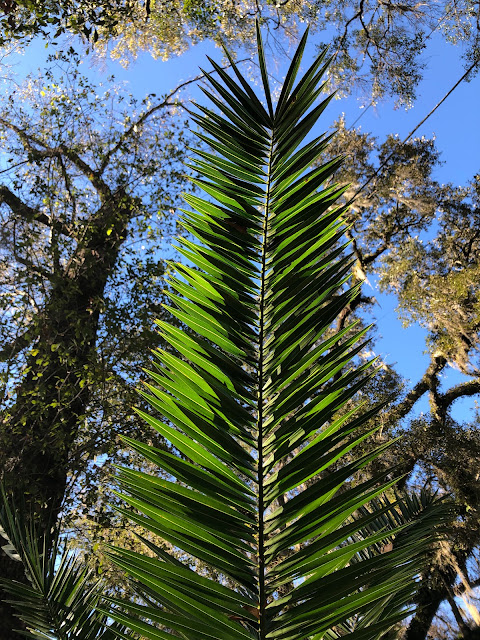 Another blue-sky day today. I know that shot looks like I somehow altered or filtered it but I did not. That was absolutely what my eye saw. I spent some time outside, picking up small branches and sticks that had fallen in our thunder storm the other night and the wind that we had all day yesterday. Yesterday?

So. Shitty news. Owen is testing positive for covid now.
When Lily called and told us last night I cried. I know he's going to be fine. I KNOW that but he's my first grandchild, he's my darling little prince. He's my rock and roll baby boy. He's my Owen.
The good news is that he's feeling pretty okay. Lily says he's milking it for all its worth and that may well be. And in other good news, Lily got herself and Maggie and Gibson tested today and they are negative but I wouldn't bet the ranch on the odds of them not being positive before the week is over. So at the moment, Owen is with Jason at his house and the other kids are with Lily. I baked a loaf of bread to take to Owen before I knew he'd been transferred to the sick unit but ended up taking it to Lily's anyway. She promised they'd save some for that young prince of my heart.

I'm feeling better so I didn't go get tested but I am not entirely well, either. I can do the laundry and cook the meals and pick up sticks in the yard so I guess I'll live. I'm in the process as we speak of making a roast venison pot pie out of the leftover pot roast and my kitchen looks like it belongs to a couple of college guys who got the munchies and destroyed everything in their quest to find and make food and then realized they were too stoned to actually cook or clean up anything and just ate a jar of peanut butter. Mr. Moon got in from running town errands a minute ago and I greeted him saying, "Yes, the kitchen is a mess." He hugged and kissed me and said, "Well, so am I," and all is well.

This post isn't going anywhere and neither am I except to the kitchen to roll out the top crust for what in my head I am calling a "hunter's pie". Which of course it is.

Oh! Look at this! 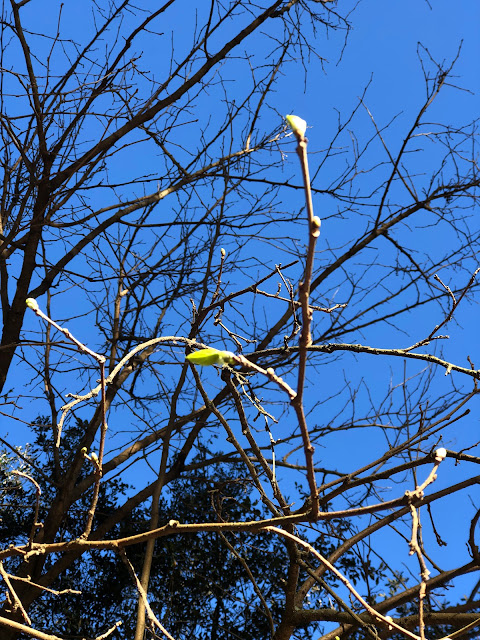 The mulberries are popping out buds. Not sure that's going to work so well in view of the fact that we're supposed to get a few freezing nights this week but mulberries seem to be terrifically hardy so I'm not worried.
Also this. 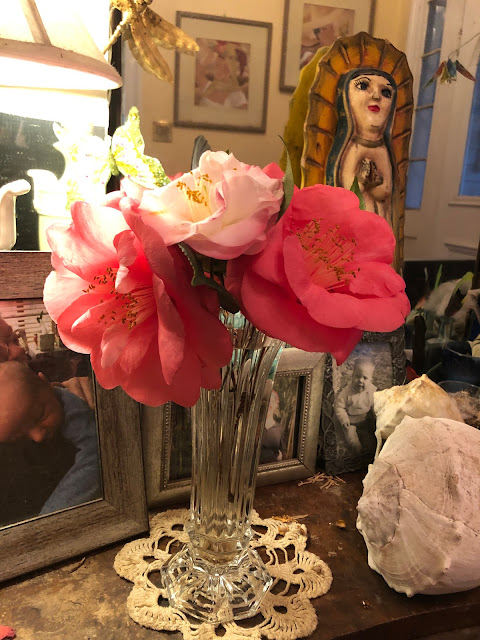 Camellias in my new vase. I just love that thing. I've searched and searched on google to see if I can identify it but so far, no luck. I guess I'll just have to enjoy it for its own sturdy gracefulness and that's actually plenty.
Love...Ms. Moon
Posted by Ms. Moon at 6:33 PM