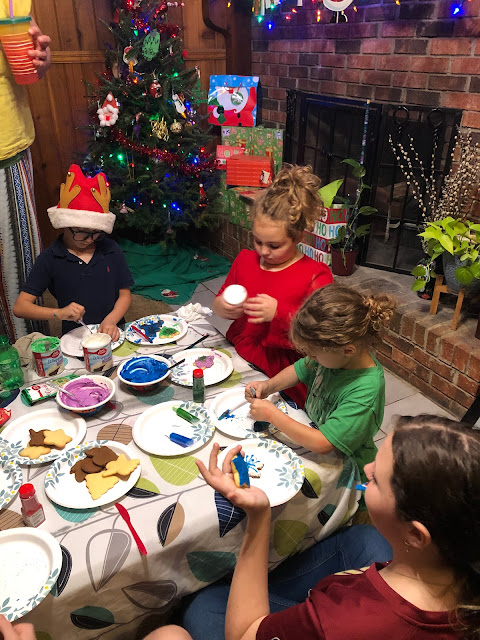 Lily had a little gathering this evening, ostensibly for the children to decorate cookies which they did. There was also a lot of playing and laughing and running and throwing a football and I do not even know what.
Also, food.
I wish I'd taken a picture of the food table. My Lord! There were even the little meatballs cooked in grape jelly and chili sauce and if you've never had them I feel sorry for you. I've made them with veggie meatballs before and they were as good as the meat ones because it has nothing to do with the ball of meat or meat substitute. It is all about the sauce.

It was rather laid-back for one of our affairs, actually. Jessie and her family couldn't come because now Jessie is sick! Dang it. This is getting ridiculous. So it was Lily and Lauren and the three Hartmann children, a good friend of Lily's and her four kids, Hank and Rachel, and our friend Kelly and her husband and their boy Wiley. He's the kid up there next to Magnolia in the glasses. Remember when he always called me "Grandma?" I asked him today if he was still going to call me that and he said, "Yes."
I was so pleased.
I asked Wiley and Magnolia if I could take their picture together a little while after I took the picture of them above. They both said, "No!" instantly.
Well. Okay then.
They've been friends for a very, very long time. 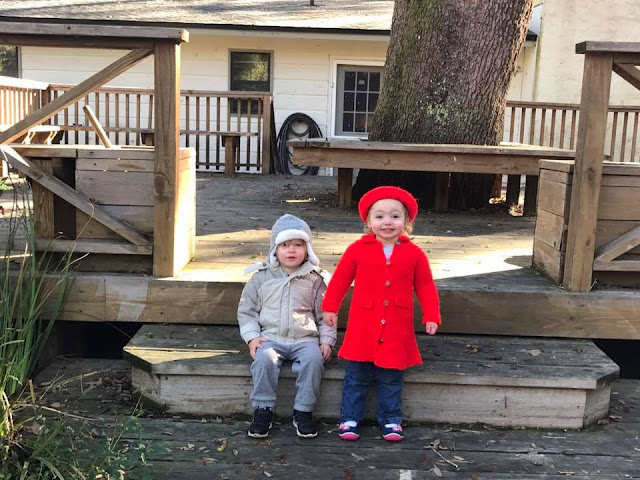 My mother crocheted that little coat and hat for May, I think, although it could have been for Lily. It was so darling. She was such an excellent needleworker in all regards.
So we had a good time there, hanging out and talking and eating tasty charcuterie and meatballs and chips and salmon and deviled eggs and fun food in general.
Tender and mild, a sweet afternoon gathering, and tomorrow we're supposed to go over to our neighbors' house to eat oysters and see their daughter who has come home for the holidays. She's all grown up now, educated, employed, and engaged and I remember her when she was a little girl and one of my favorite memories of her was when her parents brought her over here to watch the Super Bowl which was in 2006 which was fifteen years ago if I can do math which is a bit iffy these days. I don't watch the Super Bowl, of course, but the Rolling Stones were playing halftime and I can recall all of us in our living room being pretty excited as the set was erected in minutes for the performance and and the tension on the field was palpable and then suddenly! there they were! Mick and Keith, Ronnie and Charlie and truthfully, I was thrilled and Sarah looked at her mama and said, "Why are they so old?"
Ah, lah. They were old enough, I guess, wearing their years and their lives in the lines of their faces, already in their sixties then but when you look back at them, at that performance...oh, how young they seem, seen in the perspective of now. 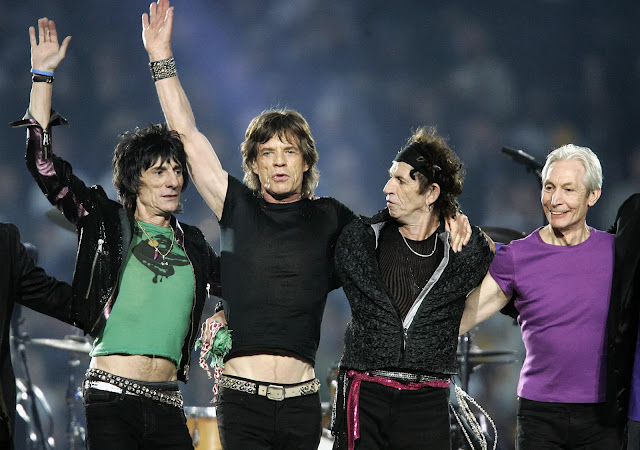 And Charlie, dear Charlie, was alive.
And here we are in 2021 and today Keith turns 78, having caught up with Mick who achieved that age in July and those old boys have just come off the road (with the exception of Charlie, of course) from yet another tour and I have heard reports that Keith struggled during some of the concerts and I have heard reports that he is still the riff-master, that he and Ronnie are getting better and better at what Keith calls "the ancient art of guitar weaving."
And he still looks fine to me. 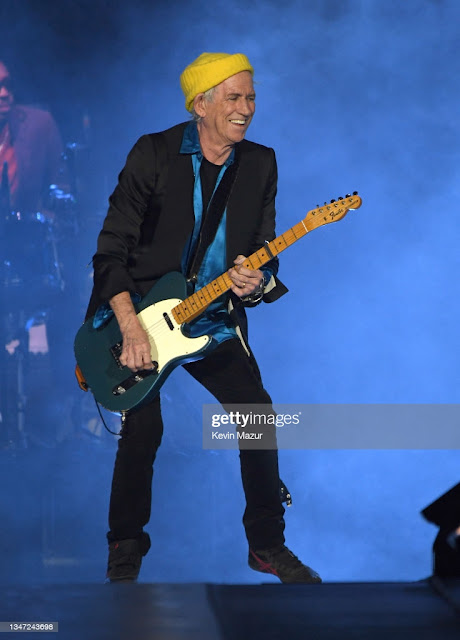 The Rolling Stones as a band are almost to the sixty-year mark and I hear that an anniversary tour is in the works for 2022.
As Hank says, Keith is my spirit totem animal and I guess he is. I can't quite explain what he means to me but I suppose overall it is that within this man is the genesis and history of my lifetime. Or at least a good part of it.
And by the way- today is also the 38th anniversary of Keith's marriage to Patti Hansen and it would appear that they are still loving on each other and happy. 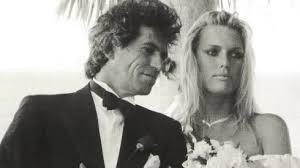 Keith was never more handsome than when he met and married his wife but they are still a beautiful couple. 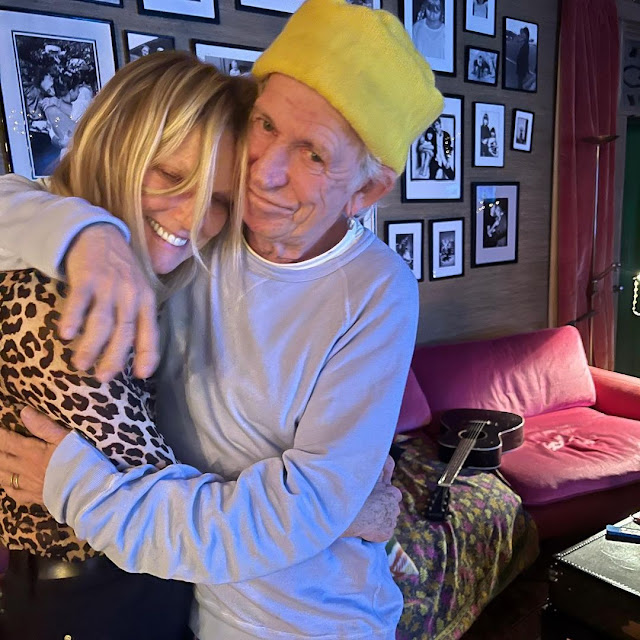 Perhaps even more so.
They have kids, they have grandkids. They've lived through a lot together.
They have survived together.
There is a still a guitar always at the ready. Their lives seem to be filled with music and books and family and dogs and love.
So. Happy Keithmas, a holiday I do celebrate with unabashed delight. I celebrate him, a survivor of the first order, a Rolling Stone, a human man, an icon, a father, a husband, an old guy with extremely gnarled fingers and a beautiful face.