What Are We Going To Do Now? 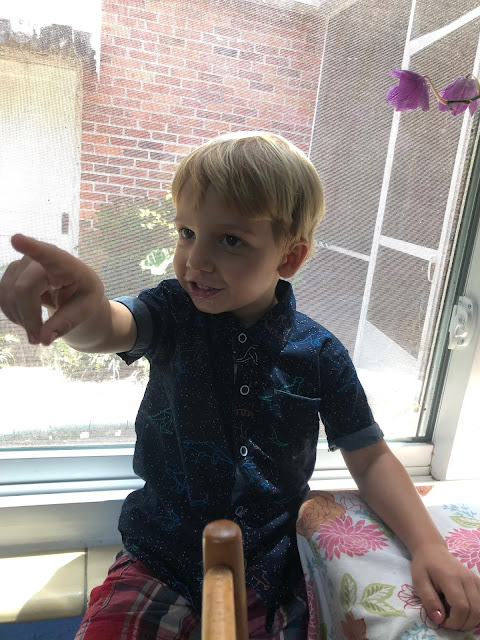 I got to hang out with this fine young man today. In this picture he was waiting for me to finish my lunch. He kept saying, "What are we going to do now?" I am such a slow eater these days. I remember my mother apologizing for being a slow eater and I'd think, "Well Jesus, speed it up a little." But now it's me and it doesn't seem like I'm eating slowly but everyone finishes before me and now I'm the one apologizing, today to my grandson.
He said he had an okay time at school but his teacher told Jessie that he cried a little bit but was fine after they had a chat and he, too, reported that he cried when Vergil asked them if they had singing today. "Yes," he said, "But I cried then." We've all been there and it did not appear to be bothering him much. He was a cheerful boy this afternoon. He needed a nap and I did my best. We laid down on his bed and read some books and then I rubbed his back and sang him a silly rhyming song for the longest time but as soon as I quit, he popped right up and said, "What are we going to do now?"

Ooh boy. I was ready for a nap, I'll tell you that. For some reason, trying to get kids down for a nap makes me sleepier than anything.

So we hung out together and snuggled and did different sorts of kisses like kitten kisses and butterfly kisses and puppy kisses and fish kisses ("like a suction cup," he told me) and we talked and laughed and then Boppy came by to visit. He'd been in town at the office doing a car deal. Vergil went to get August from school and then it was all really a party and Boppy read the boys a book and then I read them some more books and then Mama got home.

Here's a picture I took at their house in the back yard. 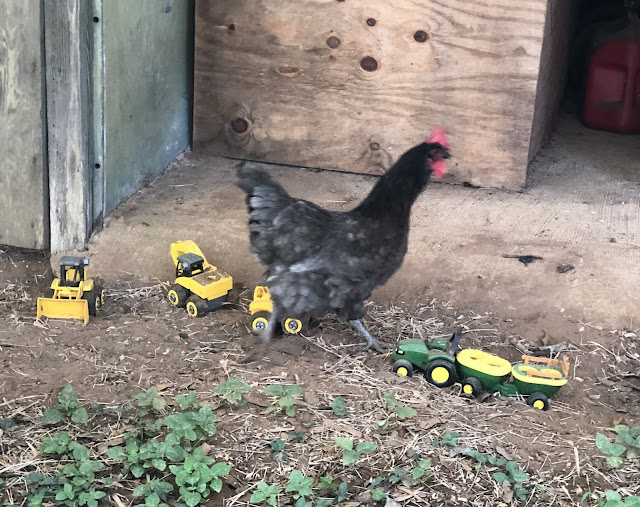 It amuses me. If it weren't so blurry it would make a great header picture, I think, representative as it is for so much of my life at this moment in time.
So it's Friday and I had to run to the grocery store on my way home and I feel so behind in everything now. My sheets are in the dryer and I need to make up the bed with them because you know it IS Friday and why I felt this morning as if the world would come to a crashing end if I did not wash them today, I do not know. But some things must be maintained and clean sheets on Fridays are one of them.
Jeez. Not only am I the old lady who takes more time to eat a salad than Jesus is taking to return to earth, I'm the old lady who thinks she'll die if she gets off her schedule. WHERE does this shit come from? And why?
Don't ask me. I don't know shit.
At least I haven't started eating supper at 5:00.
When Lis was here and we were on the back porch, I told her that it looked and felt "hurricane-y" to me. She agreed that it did. I cannot tell you why exactly but it is feeling that way still. The light is one element of it, I know, and also there's an absolutely undefinable feel to the air. 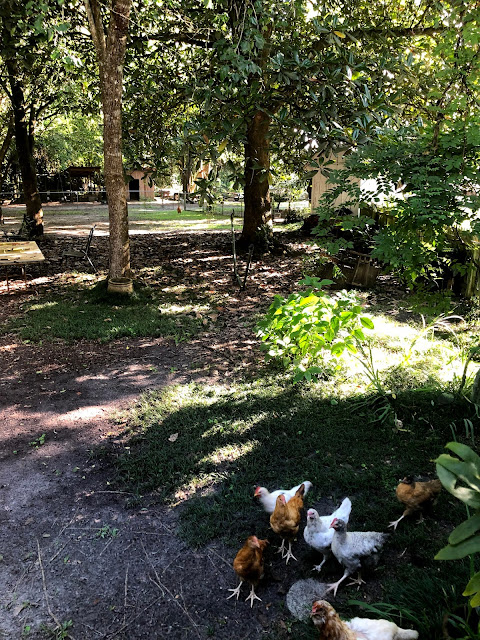 And, no surprise, there is a storm heading our way but our sane and cautious weather forecaster, Rob Nucatola, is saying that there's a whole lot going on that is going to prevent the darn thing from turning into a full-force hurricane and not to get all worked up yet.
Mostly.
But here's what the graphics they're posting look like. 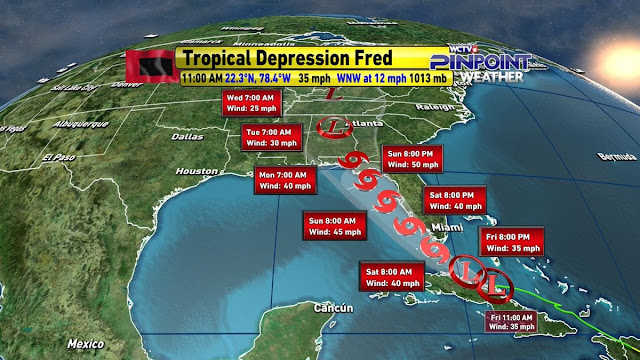 Fred. Tropical storm Fred.
Somehow I just cannot get worked up about a storm named Fred. I do imagine though that we might get some wind and rain. And let us not forget that there's another storm out there named Grace. She's not even a full-fledged tropical depression yet and Mr. Nucatola is saying that it looks like she may skirt up the east coast of the US, out in the Atlantic.
Time will tell.
As we all know, it's not just clean sheets that herald Friday. It is also the martinis. Mr. Moon has just shaken them up and before too long, all will seem right with the world. Of course all is NOT right with the world but for this moment, here in Lloyd, all is pretty fine in my little world.
Happy Friday, y'all.
Love...Ms. Moon
P.S. At one point today, Levon told me that he was in purple and I was in green. I think that was a fair assessment, even if he wouldn't fall asleep. All of the kisses pushed him into the "above and beyond" category in my opinion. He is a very good boy.