Actually, it hasn't been that bad. I mean, it's just sort of sucked.

My husband and I kept getting blasted awake last night because that little cat whose picture I took last Sunday has decided that she wants to live here and Maurice and Jack are not having it. I don't know if the cat is a male or a female but I'm just calling it a she because it's a little cat. Anyway, last night before I went to bed, I was walking to the kitchen to make the coffee for this morning when I saw the dang thing run out of the kitchen where she had no doubt been dining on the high-quality Publix brand cat food I offer, and head towards our room. Immediately outside our room is the laundry room and there is a cat door tucked away in a corner there which our cats use to come in and out at will.
Obviously, Little Cat has figured that out.
And obviously, the creature used it to come in at least twice last night and was immediately discovered by one or both of our cats resulting in hisses and screams and things being knocked off of dressers.
NOT a good way to wake up in the darkest hours.

This is just not going to work. As I have said over and over again, there is no way another cat could possibly fit into the already constant battle between Maurice and Jack that rages here constantly. At best there is a day or two of some sort of feline-negotiated ceasefire and then the fur literally flies again.
I feel deeply sorry for the stray cat but I simply cannot encourage its presence. I guess it does not belong to a neighbor. And what we should do is catch it and take it to the animal shelter but I am not going to be the one to do that and Mr. Moon is leaving Tuesday morning way before the crack of dawn. 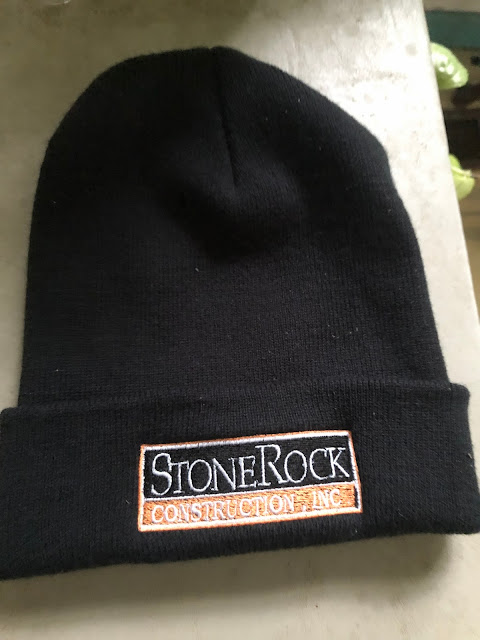 I sent the picture to my kids with the text, "Anybody missing this hat? I found it in the couch."
No one claims it.
Sigh.
You know it's been a waste of a day when your google search history includes, "Crocheting Granny Squares" and "Has Kevin Costner had plastic surgery?"
I was going to pick and shell some peas but after I'd picked about fifteen zinnias I realized I'd probably die if I did. The zinnias are pretty though. 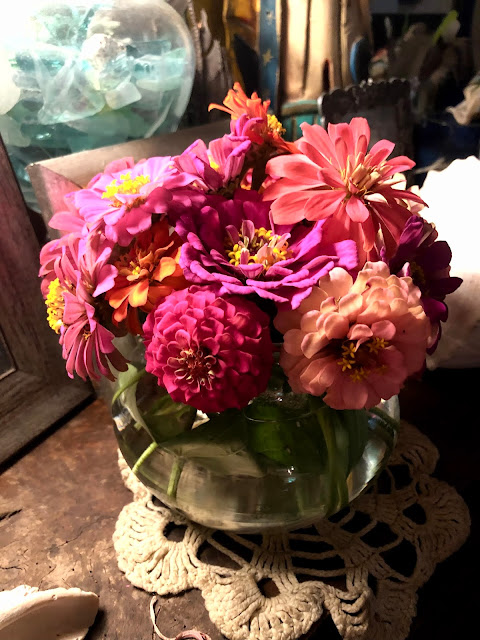 There. I took another picture.
Mr. Moon, on the other hand, has spent the day packing and making lists of things he has to do before he leaves and also getting ready to go out for a few hours of actual gator hunting. He wasn't very excited about going but he's the one with the tags without which the hunting is illegal, and his friend has done so much preparation and it's his boat and he doesn't feel like he can let his friend down.
"I am not staying out there until three or four in the morning," he told me.
God I hope not.
So that's what it's been like here today. And just because I want to torture myself even more, I'll post a picture that Lis sent of a hat she made this past week at a hat-making class she drove all the way to North Carolina to participate in. 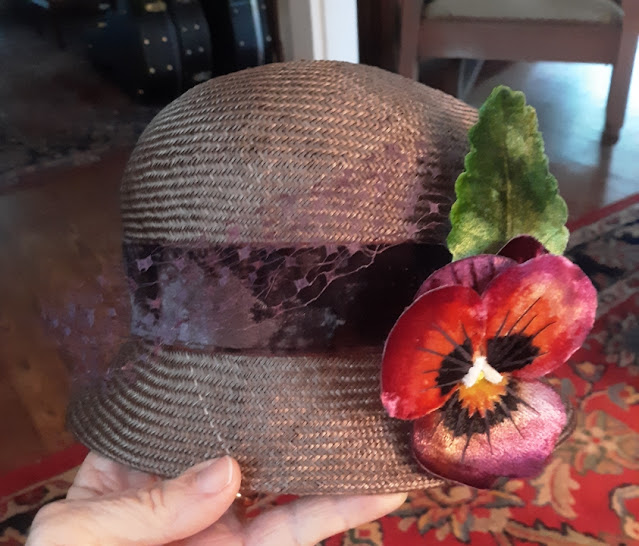 Ha.
And now I think I am going to go make a tuna casserole because I need comfort food and also because like the walrus, I might need even more insulation against the cold. (Temperature here is 86 degrees, humidity is 77%, and it feels like 99.)
One more thing- and this is in a far more serious vein than anything else I've said here this evening. Leon County's school board superintendent, Rocky Hanna has defied our criminal governor by making masks mandatory for grades K-8 with no opt-out option.

"Hanna said: "The reason for this is because these children are not eligible to become vaccinated and remain the most vulnerable in our community."
This, of course, solves nothing but it does at least indicate that our schools here are trying to do what they can to protect children's safety despite DeSantis's apparent desire to kill them all.
And also, in all seriousness- y'all be safe. As safe as you can.
I love you dearly...Ms. Moon
Posted by Ms. Moon at 6:50 PM