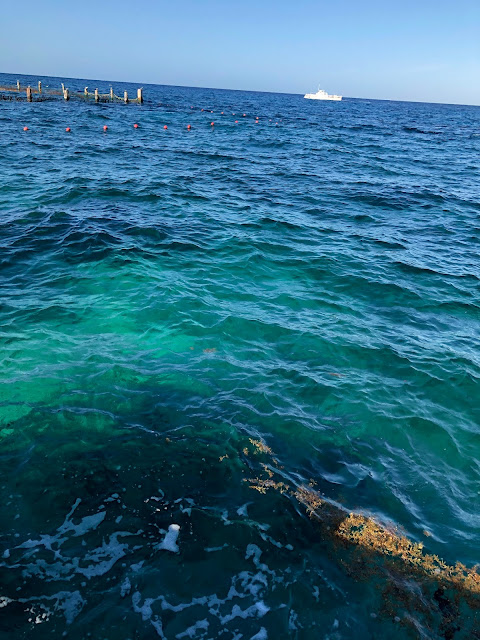 I slept last night like a sleep-beast. I guess I was worn out from emotion and also the garden work that I did earlier yesterday. I started in on the clearing in preparation for fall planting, mostly pulling the morning glory vines that grow wild and in great abundance, climbing and claiming everything they can get their tendrils on and hardly ever blooming. When they do, it's just the smallest little insignificant flower. I kept thinking, didn't I just weed this whole garden?
I'm pretty sure I did although you'd never know it now.
I picked some more peas and then came in for lunch and that was when I heard about Charlie Watts and then it rained and I lost the heart to go back out anyway so I watched the rain and felt sad.

I hadn't cried at all today until just a few minutes ago when I started going through pictures of Cozumel. I want to change my desktop picture which is a very old picture I took in Cozumel of a statue of Ixchel in front of the beautiful water but I'm ready for a different one. Scrolling through all of the pictures I took on our last trip there, I wept a little. The memories are so sweet, the island is so beautiful. My heart is so open when I am there. I wonder if we'll ever get back?

I went to town today. I needed to pick up a prescription and I had a few things on my list to get at the stores. While I was in town I decided to go to Bed, Bath, and Beyond to look for white hand towels to go in the bathroom by the kitchen (I like to bleach them and around here, they need it) and didn't want to buy the forty-eight pack at Costco or whatever it is they have there. Also, for some reason, we seem to be low on martini glasses of a suitable size. The reason is not really that hard to figure out- one does tend to drop martini glasses at times. I've looked and looked at thrift stores which is where I generally buy my "barware" but I haven't seen any in ages. Perhaps dropping martini glasses is a common occurrence. I don't know. But I was willing to go to an actual store and buy an actual set and was shocked to find that B, B, and B had many, many empty shelves, including the ones in the glasswares department. I asked an employee why that is and she said it was because the college students had wiped them out, coming into town for the fall semester and stocking up on everything to outfit their rooms and apartments.
Since when do college students buy martini glasses?
Jesus.

So I just wandered a bit and on my way from glasswares to towels, I stopped for a moment in the bed linens department and guess what I did?

I bought another set of sheets.
This is a pure luxury. We don't really need them. I've bought two new sets of sheets in the past two years but the latest set I bought got washed with SOMEONE'S pen and that pen had the sort of ink that will not come out, no matter how much you pretreat it.
Perhaps Oprah could do it, but I can't. Remember when I talked about listening to her on a podcast and how she got most excited talking about stain removal? She was animated, baby.
Okay. So blah, blah, blah.
The pen stains won't come out and that does not affect the quality of the sheets themselves in any way. Turn the lights out and they feel exactly as they are supposed to which is pretty darn nice. But there I was in the Bed, Bath, and Beyond and their sheet inventory was pretty low but they did have some Egyptian cotton sateen sheets in a lovely shade of blush pink and I just thought, "Well, why not?"
And I bought them.
Along with some new hand towels.

I'm sure that my husband's winnings in Las Vegas will cover those.
Right? Right?

I went to Publix and bought my food including two tiny cans of LeSueur green peas and a head of cauliflower. Mr. Moon hates LeSueur green peas and as I have said recently, he is so over my favorite cauliflower recipe that he asked me to put it on the list of things I make myself when he is gone.
I thought I was going to buy all sorts of crazy delicious foods but I ended up with nothing very exciting except for two tiny lobster tails. Another luxury. Don't tell my husband.
Oh, I'll probably tell him.
I looked for tapioca, having a sudden craving for tapioca pudding but didn't find any. I could have asked an employee or even called Lily and asked where Publix keeps the stuff but I guess I didn't care quite enough about tapioca pudding to go to the effort. I got ingredients to make a curry but I just don't feel hungry or inspired enough to go to that effort either. Hell, I may just eat leftover tuna casserole tonight. It was a good tuna casserole and even has spinach in it.
The last two nights I've made lovely Greek-ish salads and that still sounds good. Might make one of those again tonight.

Mr. Moon did get safely to Las Vegas but then they all drove to St. George, Utah. He and his cousin Larry were going to drive around Zion National Park today in Larry's convertible. Larry lives in St. George. I haven't heard that report but I'm sure they've had an amazing day. I remember going there with Glen's beloved Aunt Elizabeth years ago. I can see why the Mormons thought they'd reached some sort of promised land when they got to that magnificent place.
Hard to grow vegetables there though, I would imagine.
Say what you will about Mormons, they are hardy, hard-working people.

Blogger Sabine, who writes beautifully of serious, very important things, posted a video that I watched this morning that I absolutely love. It's of the Rolling Stones listening to a playback of "Wild Horses" that obviously they had just recorded. The clip came from the documentary "Gimme Shelter" that came out in 1970. If my math is correct, the boys are all in their mid to late twenties.

I love Charlie's eyes. He may never have said a whole lot but his eyes did.

A nice bit of film.
And while I'm being nostalgic, here's another picture of Cozumel. 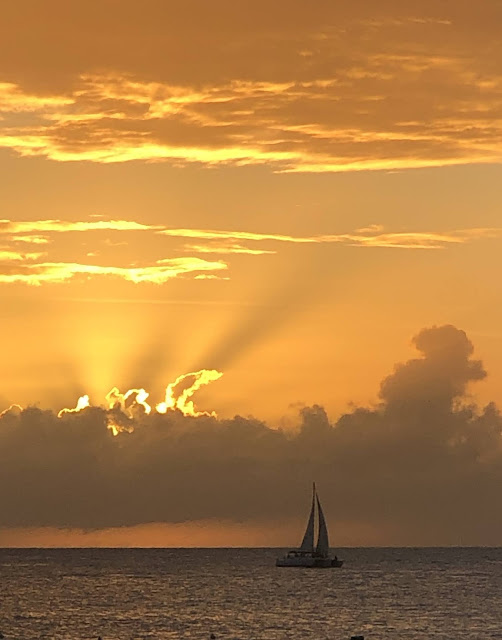 And what the hell? Here's one more. Not magnificent.
Then again, it's not magnificence that always pulls my heartstrings. Sometimes it's just a one dollar candle sitting beside a snake plant in a coconut shell with a small green heart. 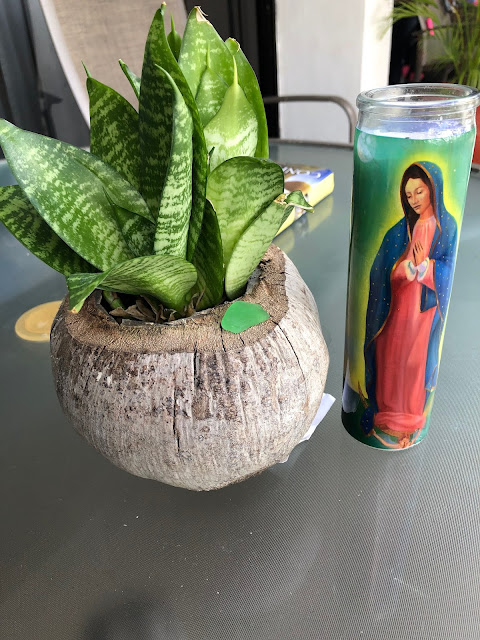