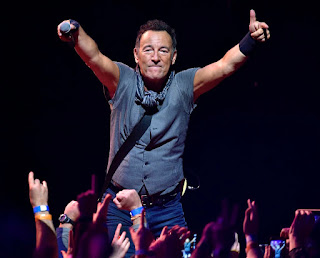 Fucking super hero despite what he says but I love him anyway.

I'm just in the worst mood and I'm tired of being sick and goddammit, I am not going outside to work again until it cools down. I'm just sick of this heat and I'm sick of feeling like I'm failing at life.
I went out and did a little chick-coop clean-up and then picked up a few cartloads of branches, slowly, slowly, and the sweat poured off of me and I had to stop frequently and come in and drink water in front of the fan and then I just said fuck the branches, let them lie, I can't do this, and I went and laid down on my bed and finished reading a book and it was so sad but with some hope at the end and I tried to sleep for a little while, to at least drift down to that place like drug-land where everything is floaty and okay, okay, okay, but it didn't really work out that way and I just felt mean and mad and achey and like someone had put lead slugs in my eyeballs, screwed them in like we put those dimes in our little cards, collecting for the March of Dimes back when we were kids.

Wow! Hope you didn't come by here to get cheered up tonight!

And I must admit that in a crazy silly bit of synchronicity there is a male cardinal at the feeder right now who is chanting CHEER, CHEER, CHEER, CHEER! or something very like that, with another male answering back from a nearby tree. His call is two syllables and unintelligible to me and for all I know, it's a mockingbird, not another cardinal at all.
I actually know less about wild birds than I do about human beings although this whole Trump thing makes me doubt that too.

Well, let us keep doing our best and when we've picked up all the branches we can, stop and go in the house and let them fall where they may, just like the chips, like the dice, like even the roses which are blooming their late-summer blooms, I saw the first stalk of a hurricane lily coming up today (you're late, bitch!) and the Confederate roses are budding up too. I think of Bruce Springsteen who has a new book coming out soon and he talks about his depression in it, he's suffered too, and if he can, who can't? and I think how he's currently doing concerts that last four hours plus some seconds and I want to say, BRUCE! STOP IT! YOU'RE SIXTY-SIX YEARS OLD AND YOU'RE MAKING THE REST OF US LOOK SO BAD AND BESIDES THAT, THE ONLY THING I WANT TO DO FOR FOUR HOURS IN A ROW IS TO SLEEP, okay? okay? okay?

God, I need a shower.