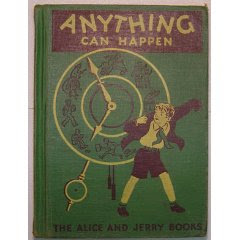 I love to read. No, no. That's wrong. I live to read.
And that's been true ever since I realized that C.A.T. spells cat.
Reading has been the key to the magical doorway of ten million other worlds that I can visit just by opening a book. Or reading a web page, for that matter. I don't know what I would have done as a child if I hadn't had books to take me away from the decidedly non-magical world I inhabited. I went from Alice and Jerry to Little Women and Kidnapped in about two weeks. 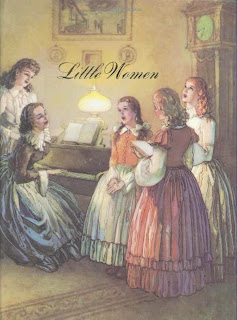 My main problem in life as a child (as I saw it then) was that there were never enough books to read. The tiny community I lived in had a library, sure, but what it actually was, was one room with about four book cases in it, and only one of those was for children's books and by the time I was in second grade I'd read every one of them. I remember distinctly reading Mary Poppins from there and a book entitled Marooned On Mars, and I'm not really sure which one was the more otherworldly. Both were fantastic! 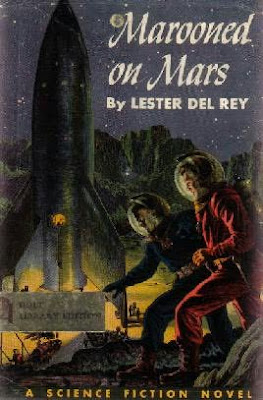 My elementary school was so poor that it didn't have a library. Each teacher was expected to bring in and keep a few shelves of books, which they did, but there were never enough to keep me going past the first two weeks of school. I remember reading one book over and over in the second grade which was about a girl who had to go to the hospital to get her appendix removed. In the more realistic manner of writing children's books that was accepted back then, it even talked about the little girl having to get an enema. I had no idea what an enema was, so of course I asked my teacher.

"What's this?" I asked Mrs. Hendry, pointing to the word with my chubby little finger.

"Uh, hmm. You should ask you mother about that," she said.

However, I did not. Even at the age of seven I somehow knew that discussing certain things with my mother was not an option. So I spent the next few years of my life looking up the word "enema" in dictionaries.

This is quite possibly why I so fear all things medical.

Books have had an astounding and profound influence on my life and that's just all there is to it. They continue to do so but I find that as I grow older, it has become harder and harder to find books that make me sit up and pay attention. Now I must admit that I have become somewhat of a lazy reader. I haven't stooped to Danielle Steel yet, but I'm not exactly reading Proust if you know what I mean.

I get most of my books from the library (which to me, is the highest temple of civilization) and I choose my books with some sort of subconscious selection system which is probably based on cover art (yes, I do judge a book by its cover), title, author's photo, back blurbs and possibly a random sampling of a sentence or two inside.

I was talking to Miss Maybelle yesterday and she said she'd read four books in one day. None of them, she said, was great. We discussed the endings of books and we agreed that a book's ending can make or break it. I think this is very true. Last night I had a touch of the insomnia and found myself reading the end of a book I'd been enjoying immensely for the last several days.

However, the ending was just...predictable, flat, and not worthy of all the pages which had come before it and I was more than disappointed.

Ending a book (or even a story or a blog post) well is a rare talent. I think some of the best book endings I've ever read come from Larry McMurtry. His writing is plain but not simple and he's a natural born story teller whose characters swagger and sweat and dance and cry and make huge mistakes and take on great things and dwell on the past and frequently act without thinking.

I especially love the ending of his novel The Evening Star. I'm not sure why, but to me, it was practically perfect. I wrote Mr. McMurtry and told him that. So far, he hasn't written me back, but I didn't expect him to. He doesn't owe me a response. He wrote that book with the perfect ending and I'd be a selfish little self-absorbed reader to expect more than that. 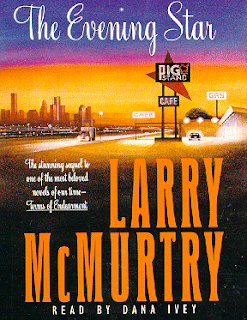 And you can't have a great ending unless it's been a pretty great book. To my mind, for an ending to really matter, the story and the characters have to been so engaging that when you come to the end of the story, you don't want it to end. And yet, it must, and I want to be left with a feeling of satisfaction and melancholy when I put that book down.

When I put my book down last night and turned off the light, I just wasn't satisfied. The ending didn't live up to what came before it. It was like a dirty hem on a beautiful dress. Like someone serving you a terrific meal of fresh, well-cooked ingredients and ending it with a bowl of sugar-free Jello for dessert. It made me think twice recommending the book. It made me doubt the author's skill which before I finished the book, I had been quite sure of.

Some book endings just leave you panting for more. They aren't horrible endings but there's no resolution at all. The melancholy is there but not the satisfaction. I'm thinking of Gone With The Wind here. I remember reading that entire book in one huge gulp, getting to the end and reading, "I'll think about this tomorrow, when I'm stronger," or whatever the last words were and thinking, "WHAT?"

Give me a break.

Give me an ending!

And speaking of endings, this blog post requires one too so I'm going to ask you about your favorite book endings. Which ones left you thinking, YES, YES, YES! (sob)?

Are there any that come to mind?

Because if there are, there's a pretty good chance the book was fine enough for you not only to have cared how it ended but to remember it too and maybe I'd like to read it.