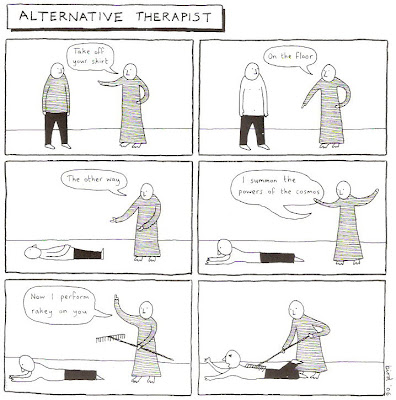 So the lady therapist was quite beautiful and her office was warm and inviting.

I shoveled out my shit and she, being a different sort of therapist, I believe, offered her opinion that there were at least seventeen reasons why I got to where I did but for now, let's just go from where we are.

And that I should walk for an hour and fifteen minutes daily (instead of the fast forty-five I do now) to "kick up the serotonin." And cut down on coffee.

Because she can tell that I still have anxiety.

Perhaps me telling her that I have a hard time leaving the house clued her in there.

Anyway, here I go, to walk for one hour and fifteen minutes. And then I HAVE to come back here and do yoga because I haven't done any in a week because my poor yoga teacher is IN THE HOSPITAL and that's a long story but I can feel my joints freezing up and my hip hurts. Which means I need to do yoga.

God. Who would have thought that getting this old would be this much WORK?

Now. Speaking of old, did you see McCain last night? His facial expressions were...how shall I put this?

Painful. Strange. Bizarre. I feel certain that if a chimp had been sitting across the table from him, he would have jumped up on the table and pummeled the crap out of the old man, rightly thinking that those weird grimaces meant either (a) he was about to attack, (b) he was dying and needed to be put out of his misery, or (c) he'd been constipated for several years and needed a good shaking up to get things moving.

Personally, f I have to look at that face for the next four years there won't be enough walking in the world to sooth my anxieties.

That's all I have to say about THAT.

But here's what I'm thinking: In a month, I'll be trimmer, fitter and less anxious, Obama will be the president-elect and the financial world will settle down on the good news of that and we'll all have world peace, forty acres and a mule, and a chicken in every pot (unless you're a vegetarian in which case there will be tofu in yours) and see? It'll all be fine.

Breathe with me now.

We can do this.

One step at a time.

And one more thing. Do they make sports Depends? Because there's no way I can walk for one hour and fifteen minutes without having to pee, even with less coffee.

I should have discussed that with the therapist.
Posted by Ms. Moon at 8:49 AM