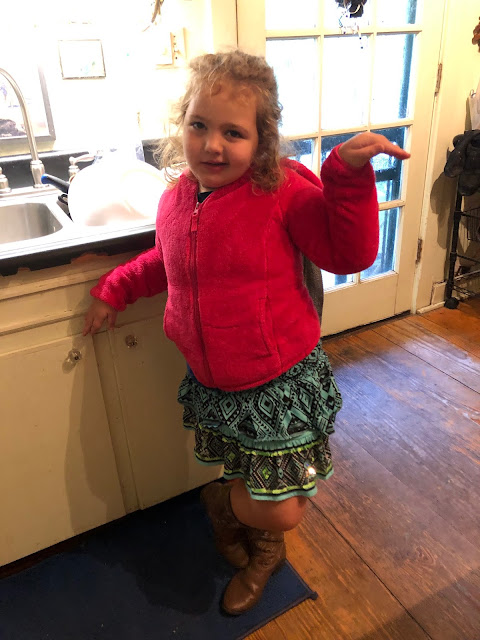 The Magnificent Magnolia is here for a sleep-over. She is not wearing that jacket now but actually was when I took the picture. Her mother had begged her not to wear it (I mean, it's like 95 degrees here) but she insisted. After being here a few minutes though, when her mom suggested that perhaps she could leave the jacket here for August or Levon because really, it's a little too small for her, she immediately took it off and gave it to me to give to them.
That girl is sweet.

And because she's here, I have to keep this short. It's time for me to start concentrating on our supper and I still haven't quite finished cleaning up from the cobbler I just made. 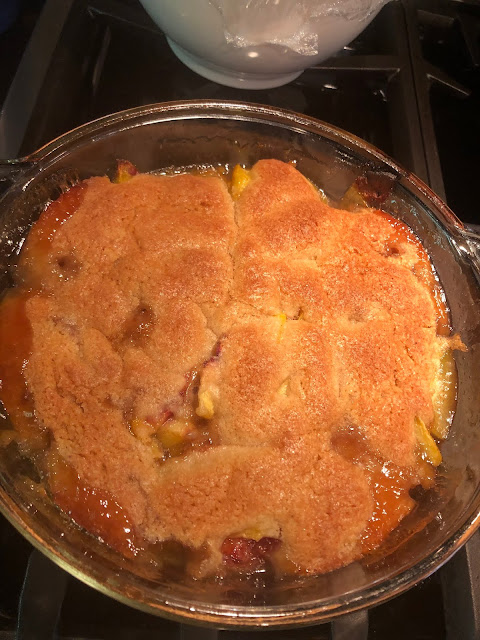 And I made that after my day's pickling and preserving effort which yielded three and a half pints of peach preserves and seven pints of dill pickles. I feel quite satisfied with all of that. 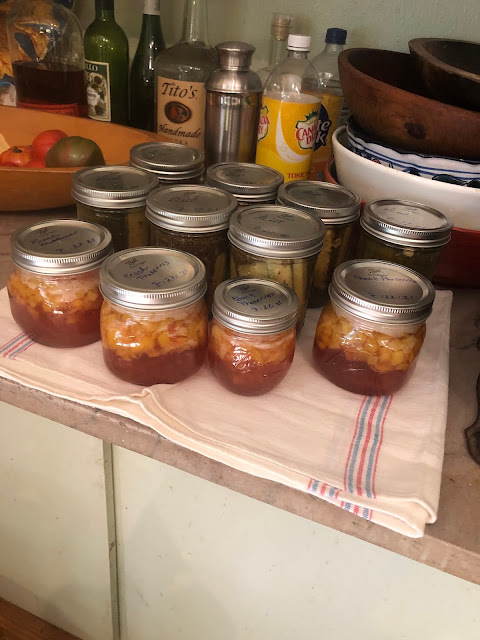 So all of that is good and there were no boil-overs today and I've used up almost all of the peaches. Lily and I tasted the pickled peaches and I have to say that they may be the best thing I will preserve this year. If I ever do peaches again, I'm concentrating my efforts on them.
Here's a picture I took last night of the okra and tomatoes I was cooking. 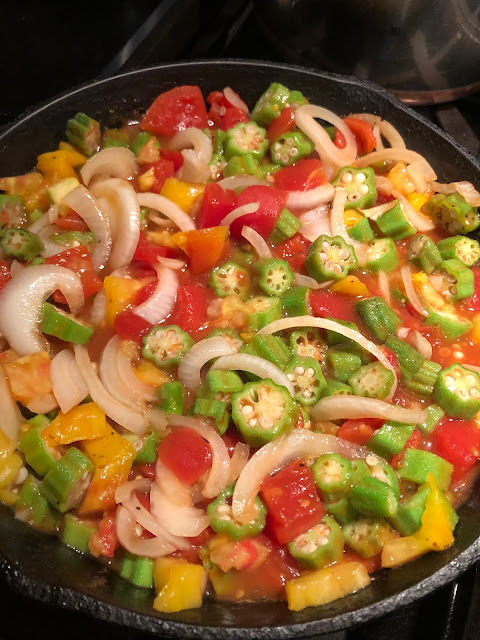 I took the picture because it was just so dang pretty.
And here's a picture I took of the babies where they were roosting in the hen house last night. 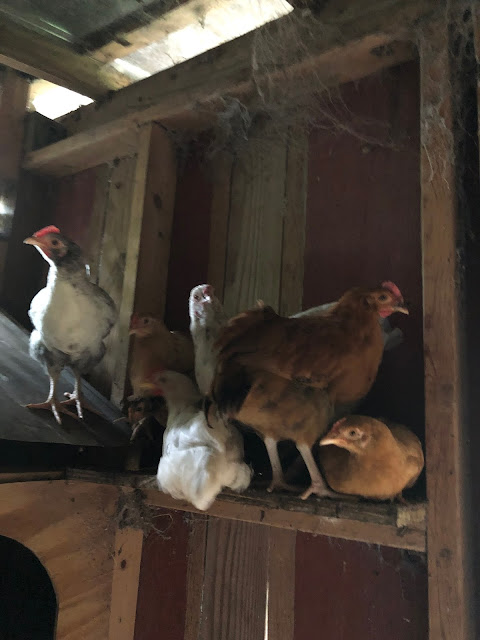 But all of this (except for Maggie's visit) pales in comparison to this.
My heart is dancing. The old boys are going to start it up again. I bet they're chomping at the bit to get back on the road with their spouses, their partners, their kids, their kids' spouses and partners, their grandkids, hell- their GREAT grandkids.
In Mick's case at least.
I probably won't even go see them but I am completely happy knowing that they are all fit enough to be insured to go on tour.
Ooh boy.