Here We Go- Trying To Keep Reason During Hurricane Season 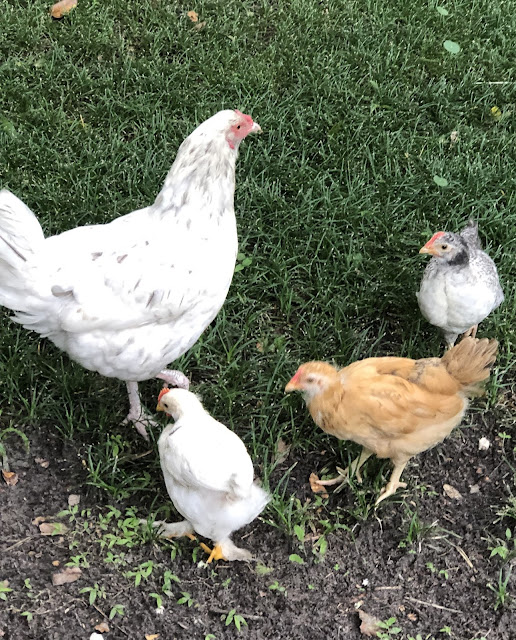 I did not post yesterday due to the fact that when I got up we had no wifi and no cell reception to speak of. For whatever reason, when we lose wifi here we also lose cell. My across-the-street neighbors were out of town but they gave me permission to go and check to see if they had wifi which I did and which they did not so I figured there was an outage. I called Century Link which is the company we get our internet with and after about fifteen minutes of listening to their speech about Covid and advising me to go to their web site for help (which was impossible because I could not access their web site because we had no internet which is why I was calling them), and being on hold for awhile, I finally got a no-nonesense-sounding lady who was somewhere not in America and we did our best to communicate and after she had gone through hoops and I had gone through hoops and she had pulled up my account, etc., etc., I was told that we had an outage here.
Well. No shit, Sherlock. The fact that someone all the way across the planet had to be contacted to tell me that seems immensely ridiculous and ludicrously inefficient but that's the way it is now.
She also said that it should be back on by noon. And then she asked me if there was anything else she could help me with which always makes me want to laugh because I can only think of things like, "Sure. Come help me pull invasive plants in my yard," but I said no and thanked her and she thanked me for being a loyal Century Link customer.

So I went and took a walk and the internet wasn't on when I came home and later in the afternoon I called again and this time a recording told me that we had an outage but not to worry because crews were working on the problem and it should be back on by noon the following day.

Now of course we all know that we're addicted to our devices and our web access but what struck me yesterday was how scary it is to realize just how important these things are in our lives. I had a question about canning that I could not answer by reading the Ball canning handbook. I couldn't check the weather. I could only get texts from my kids by going way out into the back yard and even then, replying was quite iffy. I do have a landline so we can call out and be called here but somehow that does not feel normal anymore. I could not read blogs nor could I post a blog. We get our news and our TV via internet.
I felt as if we had been tossed directly back to a previous decade and I don't mean the last one, either.
I did do a crossword with a pen and that felt strangely satisfying.
I read some. I took a nap. I made tomato sauce for eggplant parmesan. I picked vegetables.
And I realized how much time I waste online.
Which did not stop me from wasting a hell of a lot of time online today because miraculously, overnight, we got our magical powers back.
All of this is making me think about the hurricane which may be headed this way. 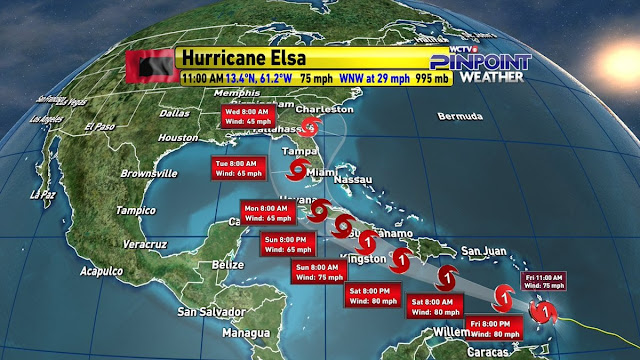 According to my favorite local meteorologist, its path won't truly be predictable until at least tomorrow sometime and maybe not until Sunday. So here we go.
I've lived in Florida long enough to know that these things happen. Storms start up and there are hundreds of variables which direct their paths and their strength and the amount of water they bring and it can be anyone's guess as to how and when and if one will actually land near us. And it does no good to start worrying before there are more accurate predictions but it is good to be prepared.
We are actually getting a generator that was in a bank building at Moon Plaza. Mr. Moon spent all afternoon yesterday clearing out a spot near the gas tank where he will pour a cement pad for it and having that will be a comfort. But it's not going to get hooked up overnight. Electricians and I-don't-know-who-all will be involved.
As to food- we could live for weeks on what we have in freezers, cabinets and in the garden although if a big storm hit, the garden would get torn up and until we have a generator, food in the freezers isn't going to last.
Well. This is not my first rodeo.
And we do have a small generator which we can use to power the freezers for a few hours daily.
We'll be fine.
It's all just such a fucking stressful hassle.

I didn't really mean to go into that discussion but I did.
I went to town today to do a little shopping and while I was at Costco anyway, I checked to see if my glasses might have arrived. Surprisingly, the sunglasses had just come in. 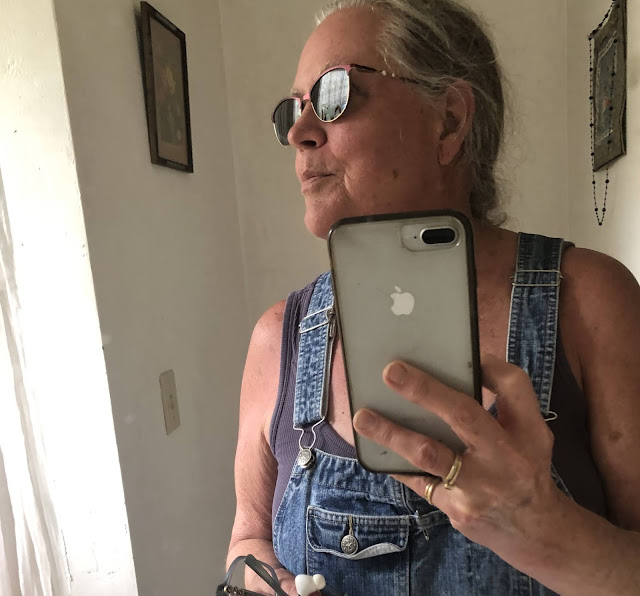 Can you see the little pearls? Or should I say, "pearls"?
Yes. Yes I should.
I am happy with them although as always with new glasses, it is going to take some adjustment as my eyes adapt to the new prescription. My regular ones should be in any day now.
My husband is home from the seas where he went fishing today. He kissed me good-bye around three this morning. Three a.m.
The only things I can think of that I would get up at 3 a.m. for are:
(1) The birth of a grandchild, or
(2) Getting on a plane to go to Mexico
He says he's tired. Really? Really honey?
I believe I will cook him one of the fishes he caught. And I'll fix something to go with it. Perhaps this: 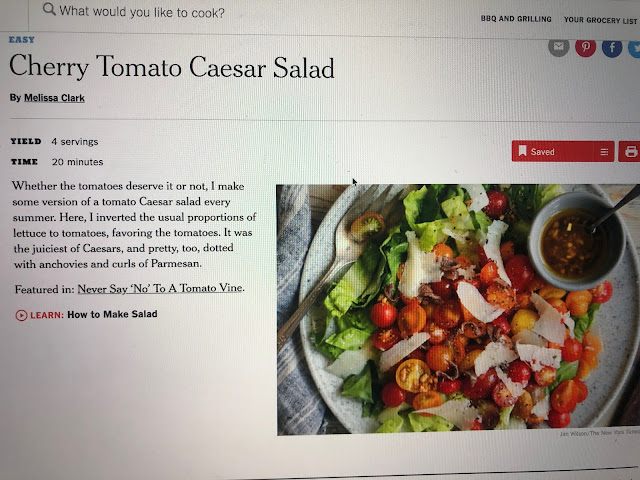 Lord knows we have the tomatoes.
Happy Friday, y'all.
Love...Ms. Moon