Feet On The Ground, Heart In The Trees 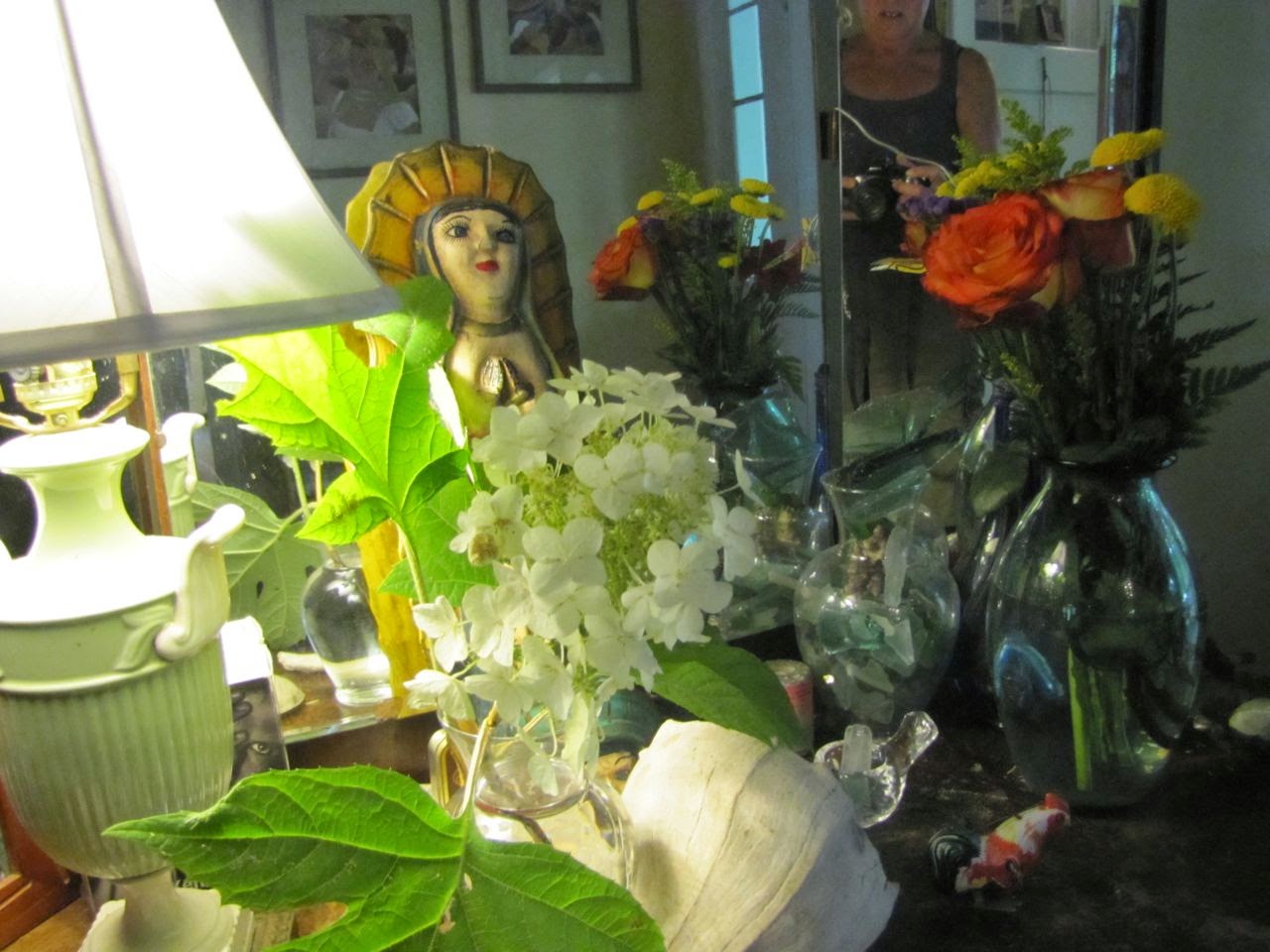 The oakleaf hydrangea are in bloom and I plucked one of the lacy-tipped branches last night and brought it into the house to put into a vase beside Owen's flowers and that was the sweetness that made me feel finally and at last, truly home.

It greeted me this morning when I got up at almost nine o'clock. I am still on Cozumel time, home or not. But so what? It is Saturday and my almost-neurotic need from yesterday to set things right, to unpack and wash and put away, to reclaim the small kingdom which is my kitchen, has passed. I have a vague desire to wash the tablecloth here on the back porch, to water my plants, to perhaps (perhaps) get out into the garden and try to set some things to right there although between the bugs and the heat, that specific desire is extremely vague. And I MUST de-poop the chicken houses.

Mr. Moon is getting ready to go pick up his boat which has a new engine to go to Dog Island with our partner there to fix the old Toyota which is not running despite almost a month of work on it here and at various auto shops. This is all in preparation for the annual Big Bend Fishing Tournament which is coming up quick. I had thought they were spending the night but they are not. Supposedly. One never knows what will happen when one gets to Dog Island. He says that either he'll be able to fix it quickly or not at all. He asked me if I would like to go with them for this excursion. I looked at him like, "Do you even have a clue as to who I am?" and he laughed and said, "Well, I thought I'd ask."
Standing around while the yellow flies bite in the direct sun as two men curse over an ancient Toyota, wielding tools like weapons does not sound like a good time to me.
Messing around here and then taking a nap does sound like a good idea to me.
I'm not going to be in any fishing tournament. 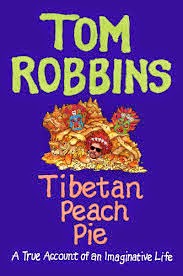 As I have said before, I used to be a member of the Cult Of Robbins. I read Another Roadside Attraction back in the truly olden days and had my little hippie mind blown to smithereens and didn't like Even Cowgirls Get The Blues nearly as much but fell in love and deeply with him again after reading Still Life With Woodpecker and then Jitterbug Perfume and Skinny Legs And All but after that my interest waned, my curiosity stopped being as piqued and my sense of disappointment grew with each successive book.
Tom, Tom! I wanted to say, my face in my hands, my eyes lifted skyward, What were you thinking?
But this new one is a sort of memoir, a sort of autobiography (although he denies both) and I am enjoying it. It is not blowing my old hippie mind in any way but it rolls right along and the man has led an interesting life during interesting times. And to be frank- any author who has provided me with as much delight and wonder as this man deserves my gratitude and respect, not to mention the fact that he claims that after seeing his first Tarzan movie starring Johnny Weissmuller that Jesus was forever after superseded for him. I had a very similar experience as a child myself. And I cannot believe he will be 78 years old this July which means that man, I am getting old too and that's all there is to it but he reminds me to keep a fresh mind, to never forget the joy of seeing the humor in the absurd, the divine in the most prosaic of events and objects whether kisses or beets.

I just went and got the mail which has stacked up for two weeks and have reading material galore but plan on downloading Maggie May's new book, Atmospheric Disturbances, Scenes From A Marriage today. I know it will delight and amaze me. 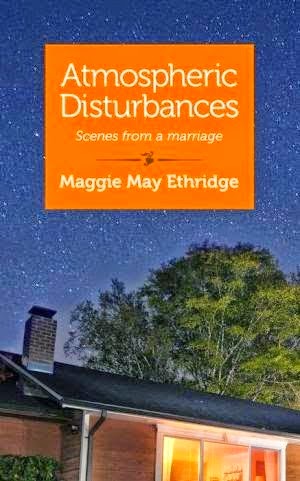 Maggie is one fine and fierce writer as I am sure all of you here already know.

And now the men have left, the crickets' rising and falling hum is growing louder and the day is heating up and I need to get out and do what must be done. When Mr. Moon left he said, "Have fun digging the potatoes," and damn, I had forgotten their very presence in the dirt, but there they lay, as divine as Robbins' beets although not as red and thus, it would be a sort of sin to leave them there to rot.

As we all know, my religion consists of dirt and poop, the things which grow out of those be they trees or beans or mushrooms whether culinary or mind-expanding, as well as love and light. And yeah, water.

Makes sense to me and I think Tarzan would agree.