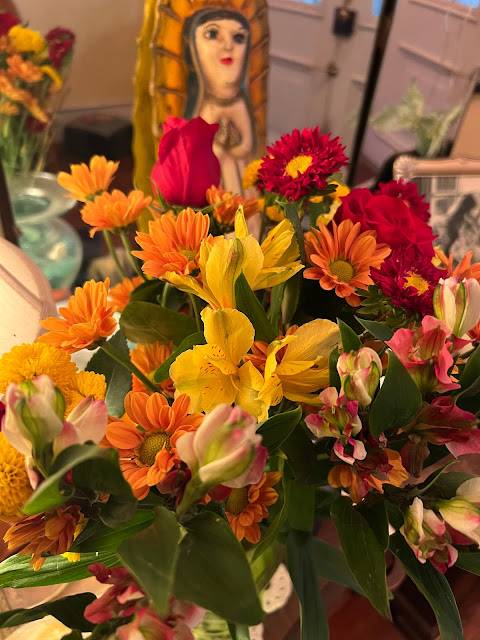 Well, the sweetness just kept on coming last night. While I was in the middle of making grits and baking stewed tomatoes and making salad and frying fish, the man came in with those flowers that he'd stashed earlier. And then he gave me the most romantic card AND a beautiful ring with three rubies and four tiny diamonds in it. And he'd already given me a pair of tiny gold hoops with rubies when we were in Roseland, pre-celebrating.

I was so overwhelmed. Completely. When he was up in Tennessee for his high school reunion, he stayed with his cousin and her husband who is a jeweler and he bought my treasures then. I was almost mad at him for getting me all of these beautiful and meaningful things because, as I told him, "I only made you a dessert!"
He was happy that I was happy. And he liked the dessert okay.
I woke up this morning and looked at my ring again and just thought, "Jesus. How lucky can I be?"
And it's not just that it's jewelry which, despite my overalls and the dirt under my fingernails, I do still love. Of course now when I get something new I think, "Which daughter will get this when I die?" I mean- it's an extremely valid question and I need to truly start thinking about this. I have three daughters, a granddaughter, and a good-as daughter-in-law. I suppose we should have a little party sometime and they can all give me their opinion on their favorites.
I believe that a moderate amount of liquor consumption might be helpful in such an endeavor. Well, except for Maggie who won't be getting any.
Anyway, that's a thought.

We slept well last night and we confessed this morning that we'd both reached across the bed at some point to make sure that the other was there. He said that his thought was, "There's a woman in my bed!" which I find hysterical. He'd been afraid that he'd wake up at four and not be able to get back to sleep because he's been getting up so early to go hunt but instead, he did not get out of bed until eight which is late for him under any circumstances.
Nothing like our own beds, is there?

I got my ass out and walked this morning. The last two times I've seen No Man Lord and offered greetings, he has completely ignored me. I am not offended in the least. He is a man unto himself and he owes me nothing. Who am I to him? Nothing and nor do I deserve to be.

Greetings around here are unique to our geography and custom.  People in cars will give me the one-hand-up salute, and I return it. I know that those people live around here, even if I do not recognize them. Yesterday at the post office I saw a man I recognize from down the road and we chatted for a moment. He said, "I didn't see you walking today."
I am well observed here in Lloyd. We know each other's habits and usual paths. I remember when we first moved here and I started walking, people would stop their vehicles to ask if I needed a ride. I would always politely thank them and explain that no, I was just out for a walk which was mystifying to many. Now they know me. They know where I live and how many cars are in the yard. They know I have chickens. They know my husband by sight. And in many ways I don't just feel observed, I feel watched over.
It is a comfort.

I haven't done a whole lot today. I mended a pair of Mr. Moon's pants and also put new hardware on an overall strap of his. This required getting out the sewing machine and I decided that since I had not done it for awhile, I would oil and lube my old machine. This required getting out the manual that came with the machine which I hold to be one of the finest books of direction ever printed. 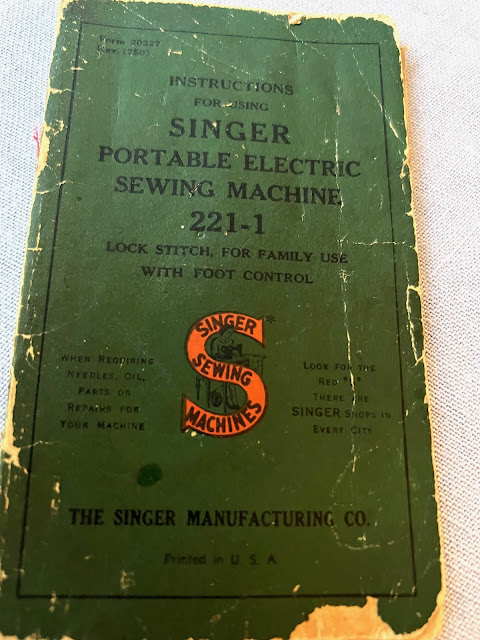 I think it is as invaluable to the operation of this machine as the electric plug is. Which, by the way, the manual tells you how to correctly use. In good, plain written language with illustrations.
Here are some of the places to put a drop of oil to ensure the proper running of the machine. 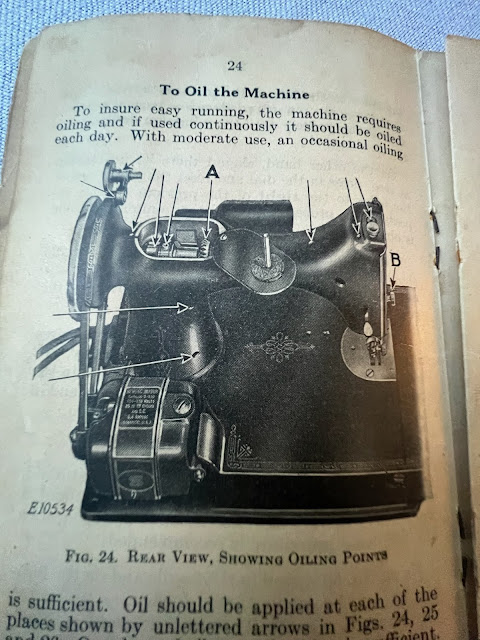 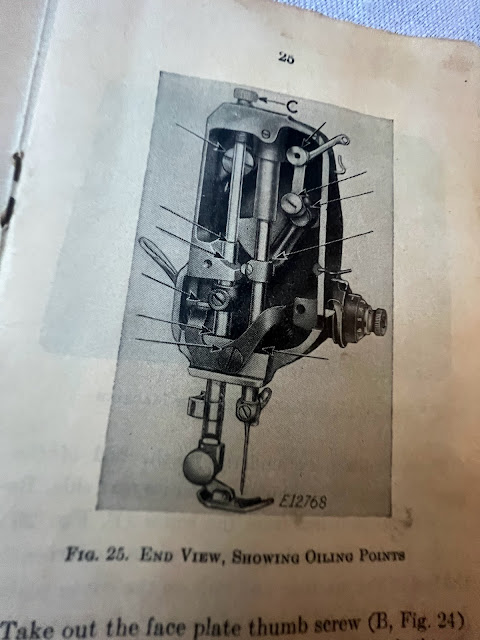 There is a wee screwdriver, perfectly crafted to fit the screws that must be removed to get to the pertinent places. I feel an inordinate sense of pride that I still have this beautiful little piece of pragmatic and useful art. 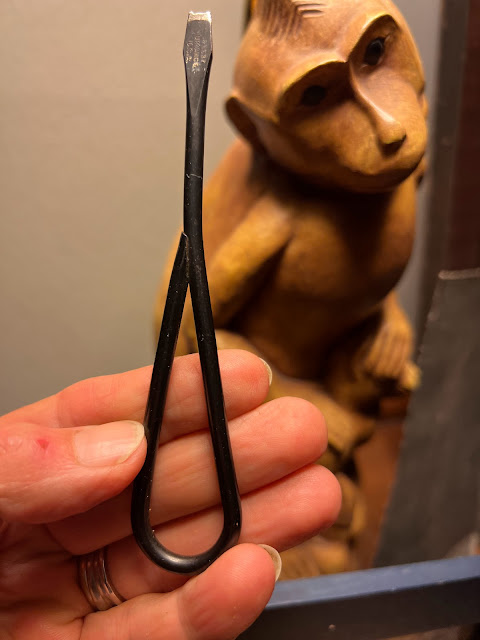 I believe that tool will survive the apocalypse. The sewing machine may as well. The manual? Probably not.
So I did that and I watered porch plants and I finished up the hunting laundry and I picked the greens for tonight's salad and I made a loaf of bread. Well, it's not done yet. It is still rising. I asked Mr. Moon what he wanted for supper and he said, "clam spaghetti" which is one of his favorites and one of the easiest things in the world to make so clam spaghetti it shall be.

Lucky and Grace have had another good day in the yard. My heart is so happy to see them out doing chicken things.

Please forgive the mixed alignment style. Blogger is insisting that the paragraph above this one needs to be centered. Also, it does not want me to add a title to this post.

Whatever. It's nothing in the grand scheme of things.