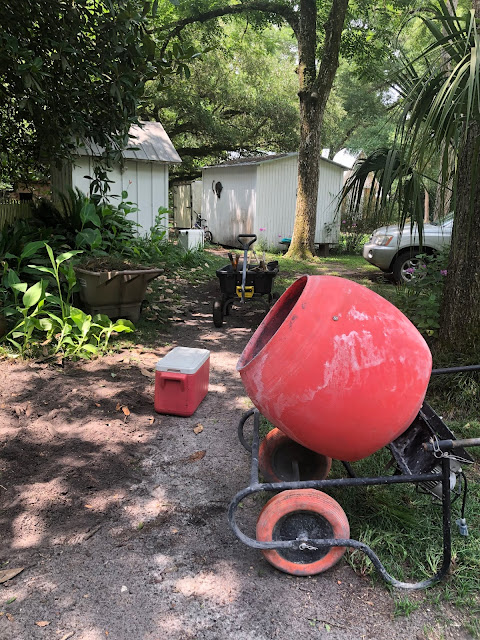 When I was a young girl I would, as young girls have always done, wonder about what sort of person I would marry. He would be handsome, of course, or at least interesting-looking. He would be dangerously sexy like Mick Jagger or Jim Morrison or Jimi Hendrix or perhaps he'd be incredibly artistic and poetic and mysterious like Bob Dylan. Or maybe he'd be really spiritual in the coolest way possible like George Harrison or sort of cozy and cuddly-looking but with beautiful eyes like Paul McCartney.
Do you detect a theme here?
I've always said that since I didn't really have a daddy, I didn't have a father-figure and thus, my ideas of what constituted a perfect mate could be based on whatever I wanted them to be based on and for me that pretty much meant musicians. After all, I was a child of the sixties and seventies.
When I heard B.B. King say, "Who's your daddy?" I almost swooned.
"You, B.B.! You!" I shouted.
Well, I grew up and married a musician so we can strike that off the bucket list. It just didn't really work out. But over my lifetime, many, many of my friends have been musicians and that has gone tremendously well.

Anyway, in all of my musings, I never really thought about marrying a jock. Never, never, never.
Nor did I ever consider height in my wonderings. I am 5'4" and thus, most men are taller than me although when I was a child in Roseland, there were two brothers whose mother was a friend of my mother's and they were both in their late teens and well over six feet tall and I loved them both with all of my innocent little girl heart. I wanted desperately for my mother to marry one to be my daddy.
This would have worked out better than the man she DID end up marrying but that's another story.

So when I met Glen Moon, my first thoughts about him were that he was cute enough but good lord he was tall. Too tall. Really. Almost seven feet tall. He had a truck. He had a dog. He was hired by a friend who was painting my house to paint the shutters and steps. He seemed annoyingly happy all of the time.
And he seemed not the least bit interested in me.
It wasn't until I met him again at a local bar (my ex-husband was playing) and he asked me to dance that I began to see that he was, well, yes. Cute. Very cute.
And just as tall as I had remembered.
And within less than a week, I told a friend of mine, "That boy is going to ask me to marry him."

This is all leading up to say that I never considered that I would marry an almost seven foot tall former basketball player who was bizarrely happy who would own businesses that involved car repairs and car sales, and a little bit of real estate on the side. I never considered marrying a man who could paint, do carpentry, fix almost anything that needed fixing, read legal documents almost as well as an attorney, was not in the least bit insane and who, thirty-seven years later would ask me to please wash the cement out of his overalls before they dried.

And yet, that is what has happened.

All day while I have puttered around the garden and the kitchen, making yet another seven pints of pickled green beans, he has made cement (concrete?) and poured it into a form that he made with his own hands where the generator will go. He didn't take a break once. He never even stopped for lunch. 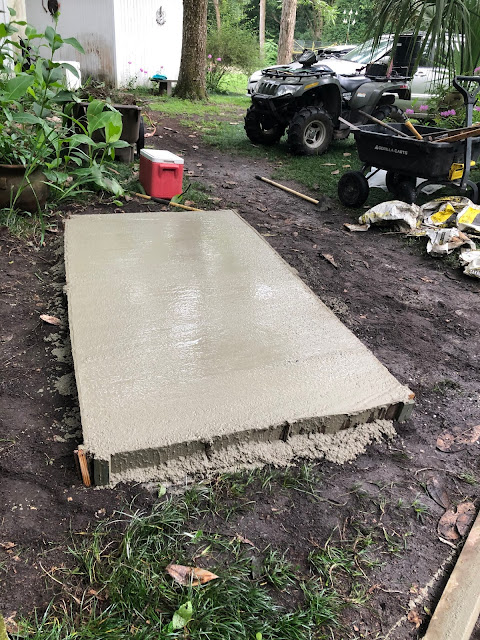 He had to get the cement mixer back to the rental place by five. He has now done that and, as we speak, is smoothing the cement.
This is not going to be an attractive yard feature, y'all. But it has to be within ten feet (no closer!) to the gas tank and so that's where it has to go. Right there. And when we lose power and can run our fans and lights and refrigerator and perhaps even AC, it will look beautiful.
And that's what I have to say this evening. I used a red flame pepper in the brine solution that I made for my green beans and I'm curious as to what the result of that will be. I have not tasted them yet. 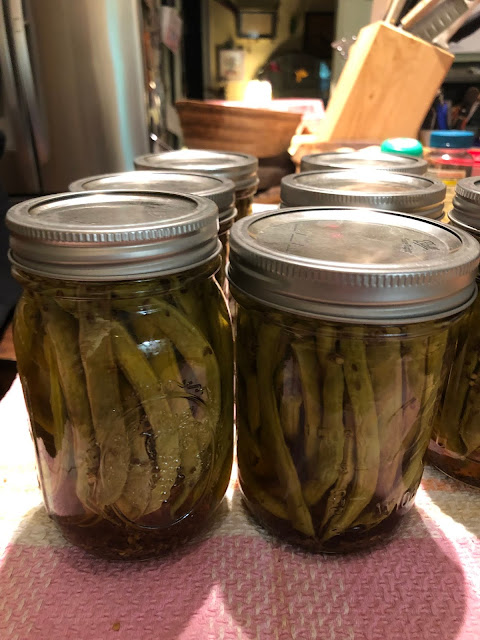 There are already about four open jars of pickled green beans in the refrigerator and I don't need to open another. One of the reasons I haven't tasted the Moon Sauce is because there are numerous jars of other tomato-based products in the refrigerator including salsa and chili sauce and it's just getting crazy in there. I have a bag of peas that I picked, waiting to be shelled that probably has at least two gallons of the durn things in it and also two other gallons of more green beans. Also a gallon of banana peppers, a drawer-full of cucumbers, five dozen eggs, and god knows what else.
I spend half my life now trying to find things in the refrigerator like leftovers or yogurt and honestly, it's now the place where good foods go to die.
I am so overwhelmed. 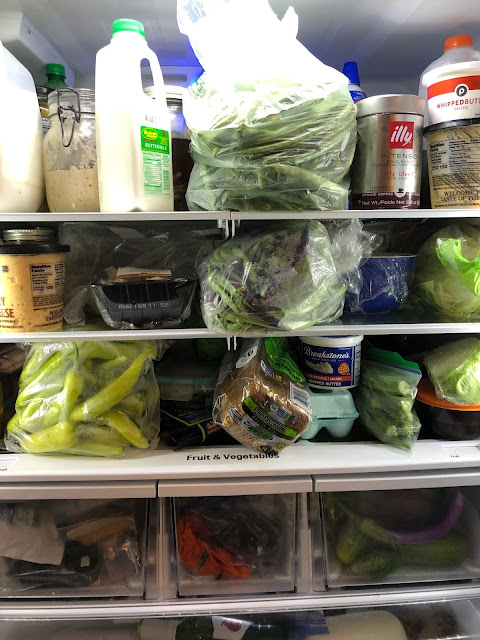 The Land of Lost Foods. 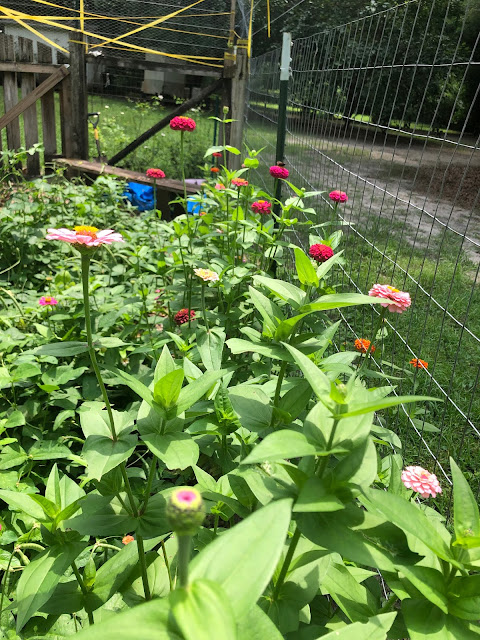 I love these zinnias. And they don't require canning.
So. Happy 4th of July. Here's my gift from me to you.
I need more Rolling Stones in my life.
I assume you do too.
Mick Jagger's hips at around 52 seconds.
Isn't it funny how as a girl I never even considered a future partner like Keith Richards? And now he's my spirit totem animal. Turns out that he probably would have been the best bet of all of the musicians in some ways. He's been married to the same woman longer than I've been married to Mr. Moon. So there is that.
But in all honesty, I sure am glad I married a man whose overalls need to have the cement washed out of them.
Love...Ms. Moon
Posted by Ms. Moon at 6:35 PM