Time To Lounge About 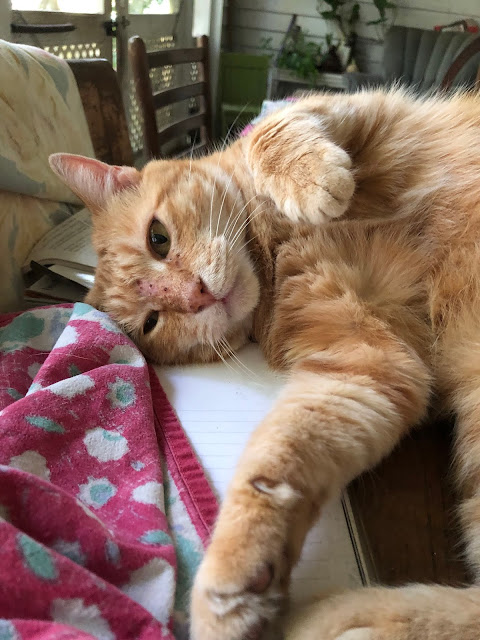 Here's my goofy cat with war wounds. She and Jack have been tearing it up lately. Don't ask me why they hate each other so much. It's probably because Maurice doesn't want to share the house or humans with another cat and I'm sure Jack feels the same.
This is never going to end, there will never be a detente. They are who they are and this house ain't big enough for both of them. I can imagine them strapping on holstered guns and standing at either end of a dusty western street at high noon, wearing Stetsons, ready to shoot it out for who shall be the baddest ass of this old house in Lloyd.

I have a fertile imagination.

Well, I finally spent some time outside. Most of the day I was in the garden weeding. Don't ask me why I did that. Now I am exhausted and already sore. But it felt pretty good, to tell you the truth. I sweated through my clothes and when I came in and undressed for a much-needed shower, I had green beans in my pockets and felt like a real woman.
Now who's the bad ass?

One of the things that made those hours in the sun on my knees almost enjoyable is that I am listening to Colson Whitehead's The Underground Railroad.
Holy shit, y'all. This is a good book.
Mr. Moon and I had started watching the series on Amazon Prime but we didn't finish it and I'm not sure why. I think in way the series was too confusing. A real train? A real train under the ground? Excuse me? And the scene shifting was stressful as we tried to keep up with what was going on. But the book flows and blooms so organically and I am constantly hearing sentences and phrases that I wish to remember (but of course won't) and I am in awe of Whitehead's talent and ability to illuminate with words the many, many-headed Hydra which the owning of human beings was and is. He does not preach. He does not need to because his story has power enough. I think the only other book of his I've read is The Nickel Boys which I read after listening to an interview of him about it and which is a fictionalized version of the former Dozier School for Boys which was located quite near here and which was, in it's way, as horror-full as slavery, albeit for a much shorter time. One cannot say that one "enjoys" reading a book like The Nickel Boys because of those horrors but I wish we had a word that implies the attentive appreciation we can feel while reading a book like that without the implication of feeling any enjoyment about the subject, the situations.
Do we? Let me know if you can think of one.

All right. This is not a book review. This is merely a report on my experience of listening to an amazing book as I went about my day. I have no patience anymore with books that cannot capture me whether they are of the too frivolous type or the type that takes itself way too seriously in the name of literature (pronounced with a pronounced poncy English accent).

One last note- it is Mick Jagger's 78th birthday today. Here is one of my favorite pictures of what we call The Glimmer Twins and what I call beautiful old men. 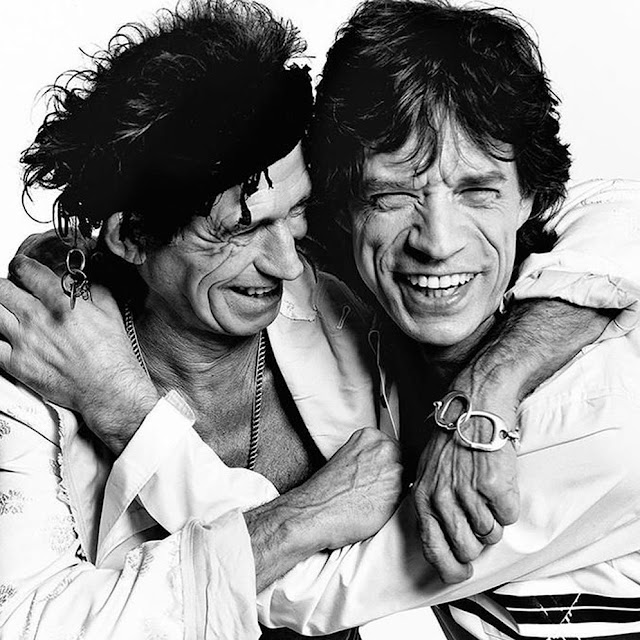