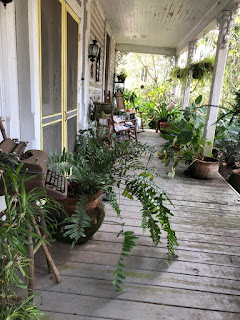 I was in the car this morning at 9:12, dressed and ready to go pick up Lily and Magnolia to take them to Lily's hair appointment with our dear Melissa but horror of horrors! Surprise of surprises! My car would not start.
My little red Prius which has carried me so many miles of faithful, unworried travel, safely and without thought would not respond to the key's command.
I called Mr. Moon (aka The Car Guy- no, really) and said, "My car won't start. Bring me a new one and a tow truck to take this one away."
I really do not get emotionally involved with my cars. I don't have to. My husband just always makes sure I have one that drives and is dependable and comfortable. He is, in fact, a dealer of cars. He's been working with cars since he began working at his daddy's gas station when he was a little boy. He pumped gas and cleaned windshields and checked oil. I bet he was darling.
He knows how to fix cars and he knows how to take them apart and put them back together. He knows how to sell cars and he only sells the ones he's checked in a hundred different ways to make sure that it will be a good car for his customers. For years he owned a tire and car repair business.
He loves cars.
You should see our yard. And our garage.
Anyway, when I told him to bring me a new one he said, "Ha!" and then, "It's probably the battery," and then, "I'll charge it when I get home."
So much for going to town with Lily and Magnolia.
So much for having an excuse not to take a walk, to do housework or yard work.
Hmmph.
So I took a walk and then I started in on straightening up and tidying up the front porch, restoring the plants to their proper places that I had dragged to the back wall to cover when we had a freeze. This involved lifting heavy things and dragging heavy things and sweeping and arranging and so forth.
I am no doubt premature in doing this. It is still only February. I have seen snow here in March but of course, that was back during the ice age when the giant armadillo still walked the land, its plodding armored body as heavy as a tank, and it ate insects as big as vultures.
So who knows?
But it looks like spring. It smells like spring. It FEELS like spring.
How does spring feel?
Like when I see an empty flower pot I have an overwhelming urge to plant something in it.
As you can see in the picture above, I already have a vast overabundance of plants in pots. How many giant bird's nest ferns does one porch need?
(Less than three, I think.)
Oh well.
I took the plants that I had brought into the house and set them back outside. I found that my Norfolk Island Pine which was my Christmas tree still had one dangling ornament on it, silver and delicate, a ridiculous bauble hanging from a three-hundred pound pirate's ear.
I planted a begonia which I had rooted in an empty pot.
I swept bags and bags worth of oak leaves off the porch and remembered when I had hired Owen and Gibson to sweep and how they had been bewildered by the seemingly impossible task set before them.
After all of that was done I swept what I call the "swing porch" because it has a swing on it.
I'm clever like that.
And then I had to sweep the places in the house where plants had been because they had dropped leaves and so forth.
Every plant has survived although some of them have their winter pallor. I need to trim them and to fertilize them. They could all do with more sun than they get on the porch but that's the only place I have to put them so they do the best they can under the circumstances.
And I will wait to feed them until it is truly and properly spring. We most likely won't get snow this year but it may well freeze again.

After all of that I was, as you can imagine, a bit fatigued.
To put it nicely.
And so I took a nap.

In between all of the plant moving and porch sweeping I had started cooking white beans with garlic and some parmesan rinds and now I have made a soup with that and last night's leftovers which was a sort of chicken and broccoli Newburg from a recipe that my mother gave me. She made it once, as I recall and although it's called Lobster Newburg, she made it with leftover fish and I will never forget how good it was. It was so far from her usual dishes of hamburger-made-a-thousand-ways (that's how they cooked back then) that it lit a curiosity in me about what food could, in fact be.
When I was a vegetarian I used to make broccoli Newburg, and served it on brown rice, which is what my broccoli and chicken were served with last night. I've added some shallots (my new favorite thing) and spinach and a bit of leftover corn and oh, yes, some celery.
I think it will be good.

All day I've been listening to Patti Smith read her book Year of the Monkey. I have a dreadful confession to make- I've never really appreciated the music or the poetry of Patti Smith and although I did read Just Kids, I didn't love it as much as I was supposed to so I approached this book with trepidation. I almost sent it back to the library before the first chapter was finished. Her stream-of-consciousness poetry/prose put me off, probably because I am jealous. Also? She drops her "g's" at the end of words like "workin'," "writin'," "walkin'."
How can this not be an affectation? She is not from rural Georgia.
But then she seemed to forget to do that and I slid into her dreamscapes and I am loving it.

So that's what it's been like for me here today in Lloyd, Florida, which isn't even a pinprick on a map, but where people live their lives, their full-on, real lives with stories of their own as deep and as true as anyone's, famous or not-famous just like everyone on earth.

Bless all of us.