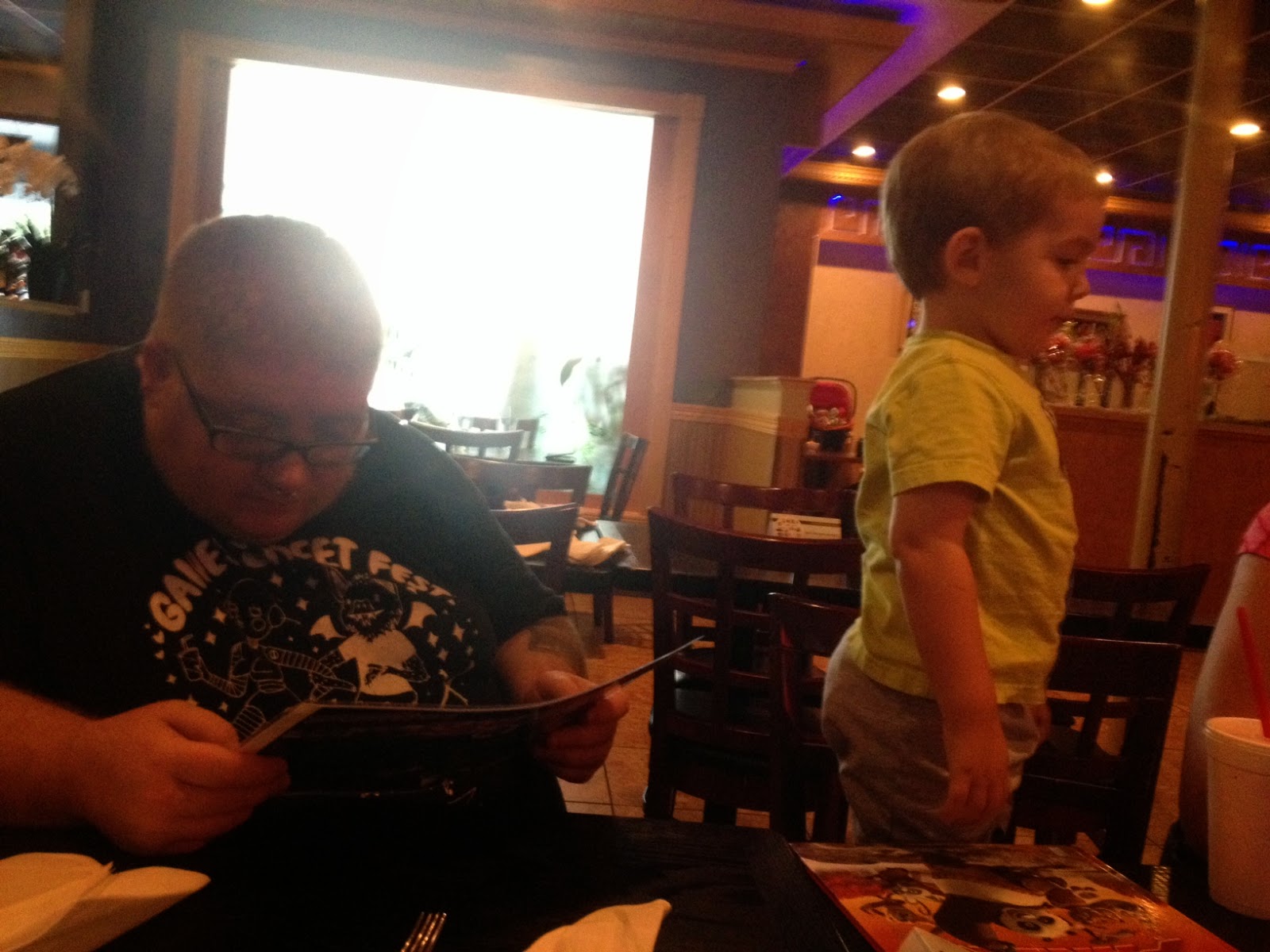 I went with Lily to pick up Owen at school (he is doing so much better about going in the morning) and he was happy to see me, and Gibson was being crazy, crazy and we loaded back up in the car and headed virtually across the street to Japanica although we detoured through the Goodwill book store in the same strip mall and Mer bought some books for those boys and then we went to the restaurant where we met Hank and it was a lot of fun.
I love being the MerMer when I'm with the boys and their mother because I can just be silly and fun and I don't really have to lay down the iron fist of discipline. I always end up feeling younger after one of these outings which is strange but it's true.
It took a long time to get our food today and Owen was starving, starving I tell you! He kept showing us how skinny his belly was. And oh, it was so starved looking.
So I said, "Look- here's what you do. See those people over there? They have food. Just run over to their table and steal their food. That's it. That's what you have to do."
He gave me that look. That look which means, "You are such a silly old woman," and he said, "Mer, you just can't do that."
"Why not?" I asked him. "Go on. It's okay."
Of course he didn't and the boys and I lazed around on the world's comfiest couch and I told Owen to get me a beer (the couch is in the front bar area which is empty during lunch) and he pretended to get me a beer and he said, "Here's your almond milk beer!" and I told him it was delicious.

We finally got our food and we all sucked down our salads with ginger dressing and our miso soup and then our sushi and so forth and it was all delicious.

After lunch we went to the grocery store where I took this picture of Owen's tongue after he ate a blue lollypop. 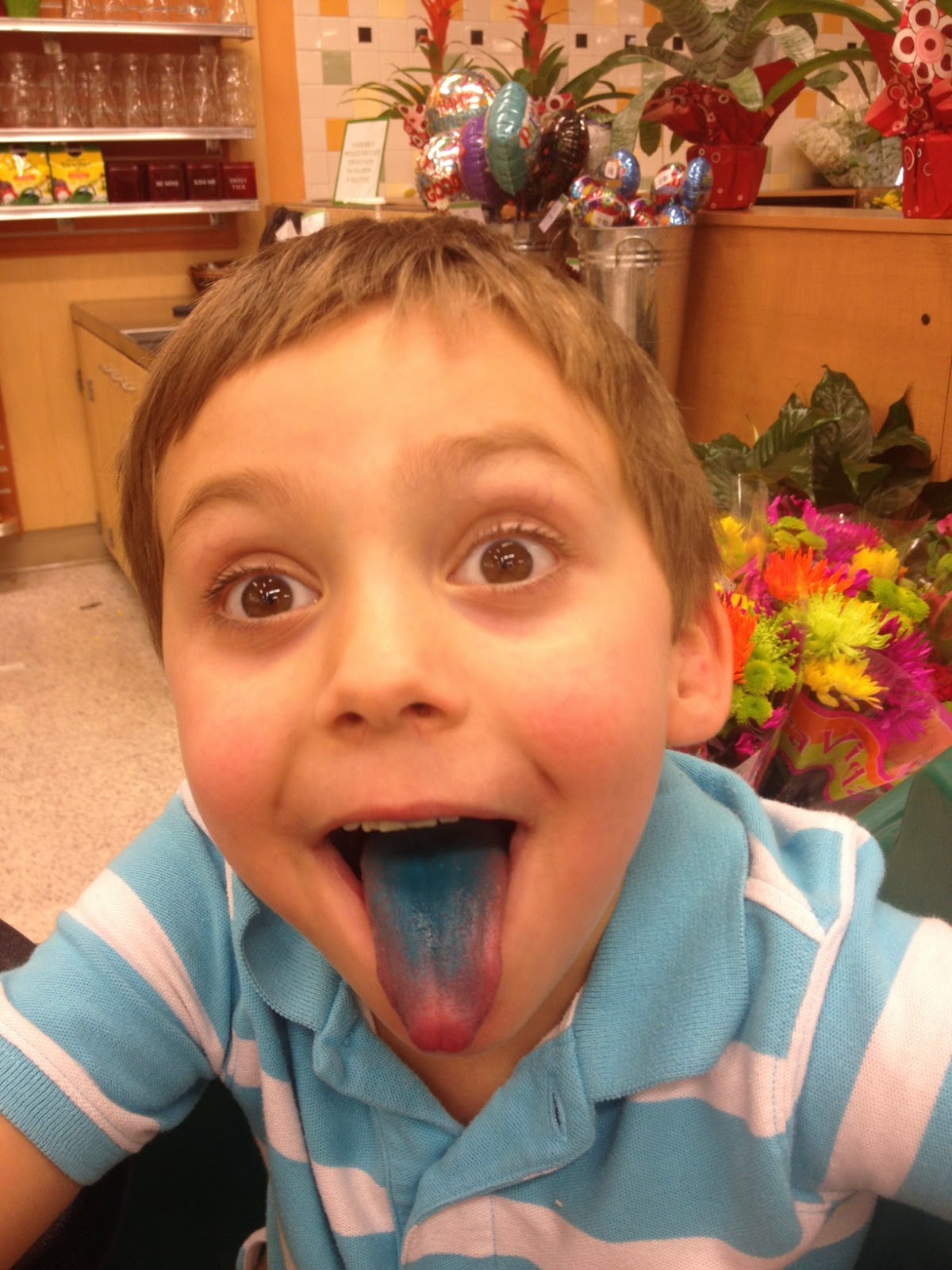 It was a good day.

A little while ago I walked into the kitchen and I had made my evening shot of espresso and the basil I'd picked was just incredibly aromatic and why no one has made a perfume of espresso and basil, I do not know. I almost swooned.

Here's the link for the Keith Richards interview on the Today Show this morning. I wonder if ANY of you will watch it. Well, I've watched it twice so there you go.

Looks and sounds like a storm could be rolling in. I will welcome it truly if it does.

P.S. Jessie's surgery went well and she is already home with her sweet husband who is making her shrimp quesadillas for her post-surgical fast-breaking.
Bless.