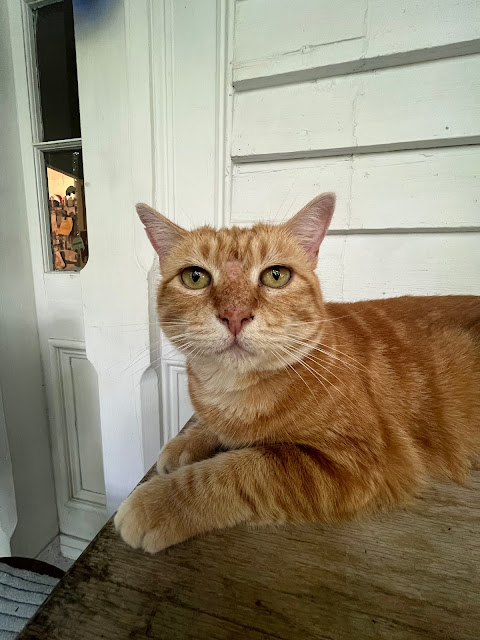 Another practically perfect day for Mary Moon.
This means, of course, that I saw no one and got filthy in the garden again AND got to shell peas while sitting on the couch watching crap TV. Well, not total crap. Grace and Frankie. There are some things about that show that shine and others that just sink into a tank of WTF soup. I will not bother to inform you as to the things that make me cringe the most, nor the small parts that are not bad at all. I can't really think of those at the moment but I know that sometimes I don't hate it which has been enough to carry me through all the seasons.

I got a lot of weeding done, some of it in the rain. Why not? I put my phone in a plastic bag in my pocket so I could listen to my book and it was cool and delightful and weeding was easier in the wet dirt. I honestly think that the okra is going to make and I can see baby pods forming now.
They remind me of baby boy pee-pees. Little green baby boy pee-pees. I'd go take a picture of one but I'm too lazy.

I have almost finished listening to Hannah Gadsby's book, "Ten Steps to Nanette". 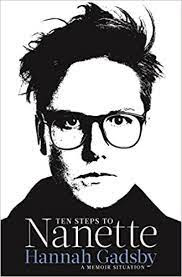 I don't even have the words to describe how this book has affected me. I think it's going to take quite some time to process. Some of it is simply shattering. And that's an apt word for it because Gadsby shatters stereotypes, beliefs, the very concept of what comedy is, and any notion that anyone may have about what a true artist's voice sounds like. My main take-away right now is that a queer, autistic, fat (she would not quibble with me using that word) woman from the Australian island state of Tasmania which has a population of about half a million, who was abused as a child, raped as an adult, assaulted for being queer, bullied mercilessly as a child for all of her differences, found her gift, her voice, her purpose and art in comedy, and in using that gift and her voice and her art, has probably helped more women in the world find their own voices than she will ever know.
And there is not one drop of pulling-yourself-up-by-your-bootstraps bullshit in it nor is there any trauma porn.
It is an amazing book written by an amazing woman and if you take a notion to read it, I very much recommend the audio version as she herself narrates it.
So that has been a part of my day- a very important part. 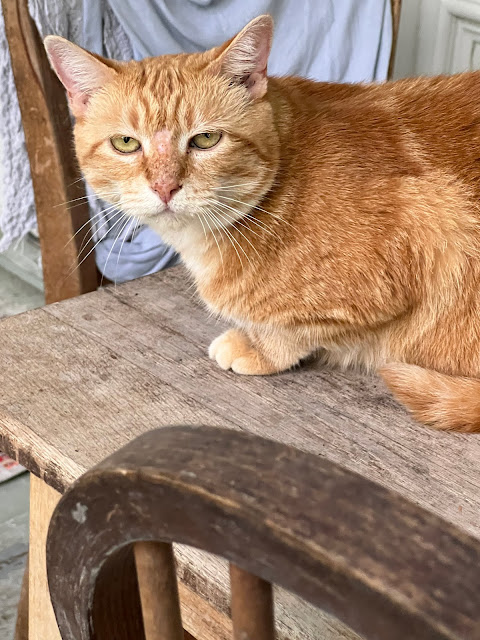 Maurice has been a trouble on my mind lately. She is getting weirder and weirder. She slashed Mr. Moon's arm yesterday. We really don't know what to do. Obviously, showering her with love and giving her a place to live and food to eat is never going to make her feel safe and content. Of course she and Jack still fight regularly. Hank recommends me taking her to the vet and getting her put on kitty valium which is probably not a bad idea but I think that Jack would have to be on it too. And how would I get Maurice to a vet without ending up needing a tourniquet? How would a vet possibly examine her without anesthetizing her first?
And Darla. Well, she is still in that corner, still alive, still not eating or drinking much, if any. I bring food and water to her but she shows no interest. Last night when I shut up the hen house, all three of her children were laying beside her on the ground. My heart is heavy but I am resigned to her probable death. She may just be tired.
Mr. Moon sent me these pictures. 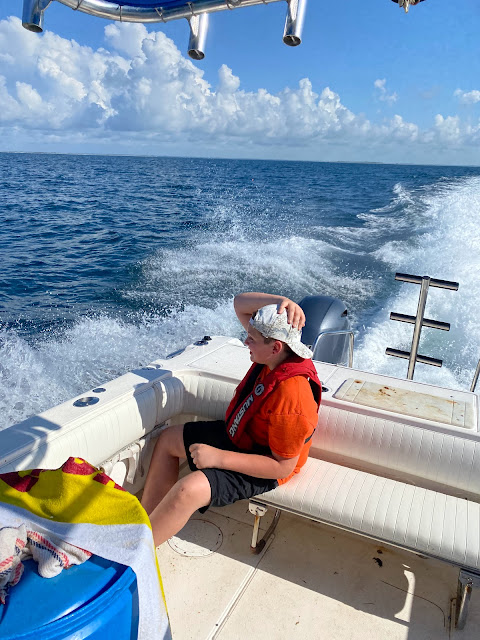 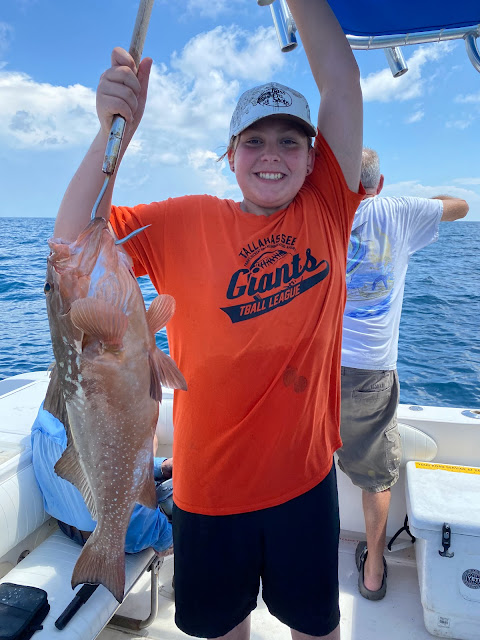 Just hazarding a guess here, but I think that perhaps Owen is having a good time. They are safely ashore now and will be home later, exhausted, and thrilled, I am sure.
It is a delicious 83 degrees on my back porch right now and I can hear the twittering birds and the cawing of crows. I have cleaned and refilled the hummingbird feeder and I am keeping watch for visitors. The lowering sun is illuminating the shiny magnolia leaves and Liberace is about to begin his evening rounding-up of his ladies. There is a sweet breeze and the chickens are discussing their day.
Me too. 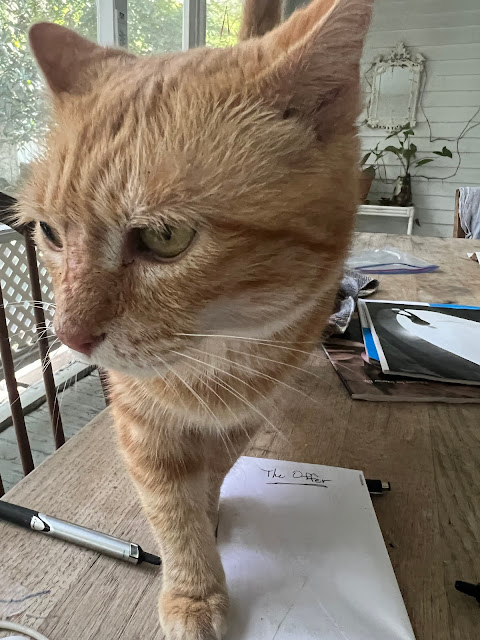