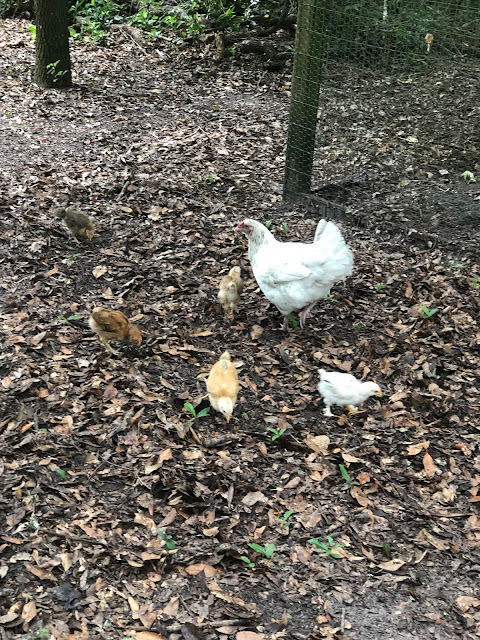 Today was the chicks' coming out day and out they did come.
And immediately started scratching in the leaves, happy as could be. Fancy Pants was quite curious about them. Too curious for Darla's comfort and that hen swelled and rose up like a cobra and went after that little rooster. A fighting cock could not have been fiercer or more furious. She backed him up a few yards and then Liberace saw what was going on. He rushed over and chased the little guy off and that was that. They've stayed close to the coop and hen house all day long, going back in and out. This is how the mamas do it, keeping the young'uns close to safety and protection until she feels more confident about them being out.

Lily brought the kids out today so that her daddy could work on her car. She needed an axle replaced. Now to me, that sounds like a job that one would take to a car repair place but I guess that Mr. Moon's garage is actually a car repair place, or it was today, anyway, after he pulled his big boat out and pulled the car into its place. The kids immediately discovered the new (very old) go-cart and Maggie was the most charmed with it of all. She immediately buckled herself in. 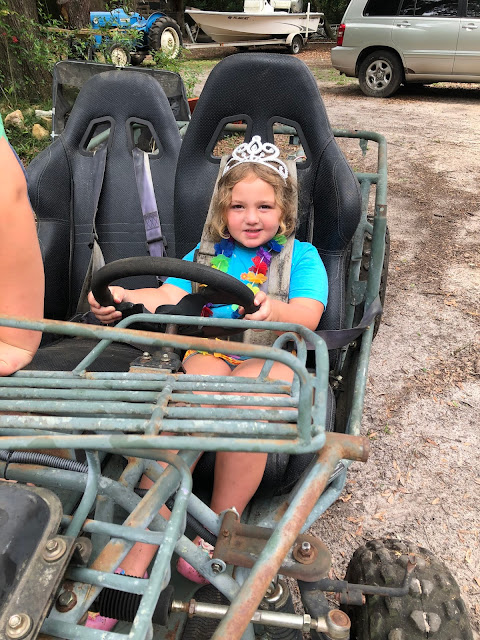 And then Gibson joined her. 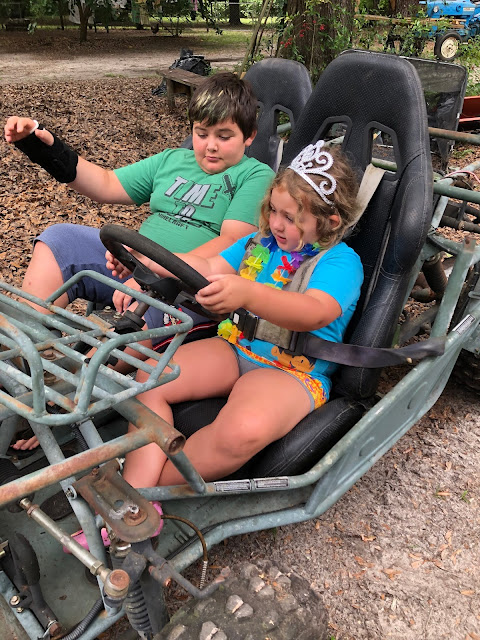 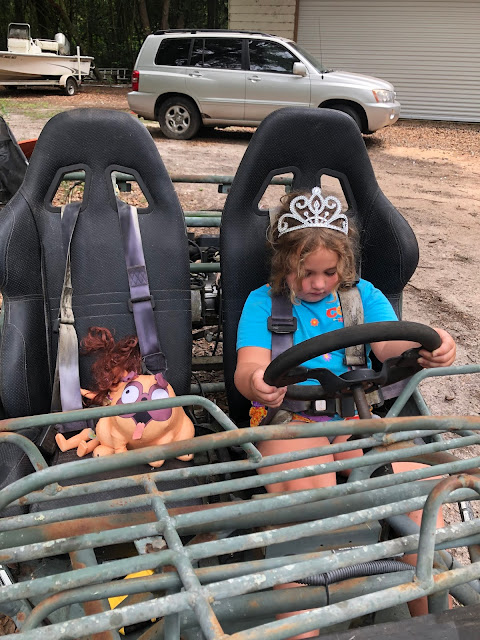 After he got out, she buckled in her doll and her dog. Princess Tomboy. That girl is a hoot. Later on she wanted me to read "The Chicken of the Family" to her and of course I did. We had a smashing time rereading it. Unlike August and Levon, she did not make me tell her what every chicken, blade of grass, and flower was saying but she did insist that we take turns and name all the chickens. Which was fine. "I love you, Mer," she told me. "I love you too, Maggie," I said, and kissed her pretty face. 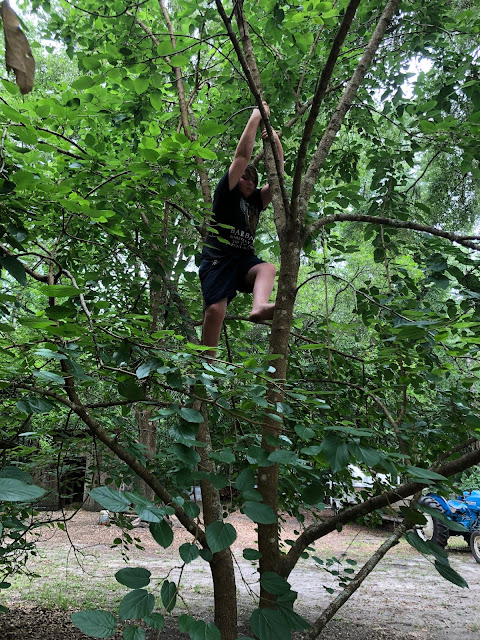 He's a good tree climber. He told me today that he hopes that when I die, someone in the family takes our house because it's so big and cool. It would be fine with me if he did. He also found an old radio/CD player in the garage that I was going to throw out and Mr. Moon insisted on keeping and with some white vinegar and a toothbrush, got it working again. This is pretty cool in that we used that radio when we used to go live on St. George Island during the summers when Lily and Jessie were just young things. Far younger than Owen is now. Boppy told him that he could take it home and he proudly did.
Gibson got his cast off! He's all healed up now. He was tired today and spent most of the visit on the sofa watching movies.
We all have days like that.
Finally, it became apparent that Mr. Moon was not going to get the axle replaced in time for Lily to get Gibson and Maggie to their dance classes so I lent them my car. They all buckled in and off they went to the next adventure.
And that man of mine is still out in the garage, working away.
Once he starts a job he doesn't want to stop until it's done.
Here's another picture. 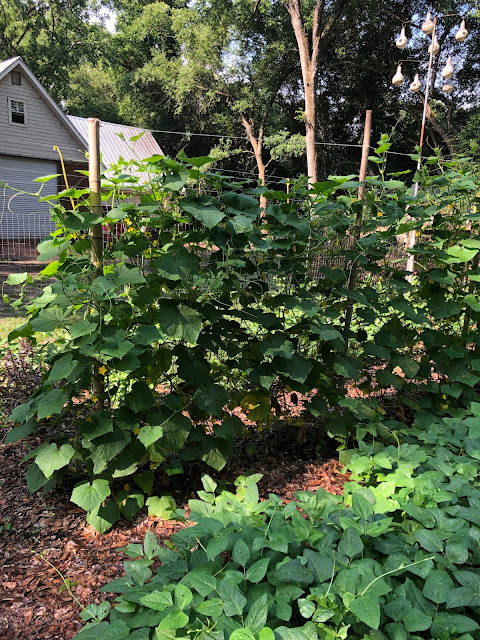 In the foreground are field peas and behind them is what I think of as "the wall o' cucumbers". Mr. Moon built a trellis of bamboo and string and they are climbing like little green men determined to summit Mt. Everest. He's had to add several strings across the top for them to climb higher. What you can't see is that there are hundreds of blossoms and forming cukes. The bees are ecstatically dipping and diving, the whole thing humming with them. It's a thing of beauty.
More tomorrow, I'm sure.
Love...Ms. Moon