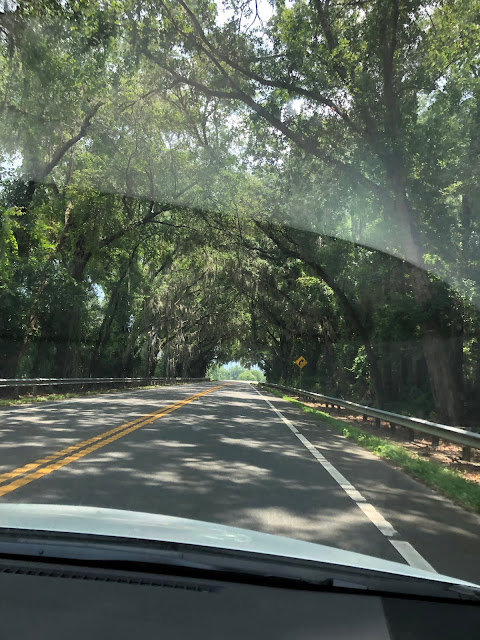 So I walked in yet another place today. Not a place I've never walked, certainly, but not in awhile. It was Farms Road which intersects White House Road and Old Lloyd Road. I used to incorporate it into my White House Road walks back when I was doing five or more miles. It's about a two mile stretch of really, really pretty country road with very little traffic and a lot of shade.
Sounds perfect, doesn't it? 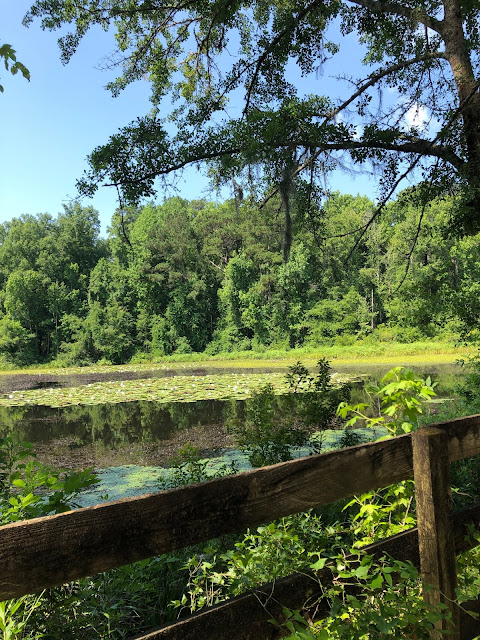 Most of y'all have seen a picture of that pretty little pond before. There a few ponds on the road and some horse farms, barns, tidy, well kept yards with houses that you just know are tidy and well kept too. 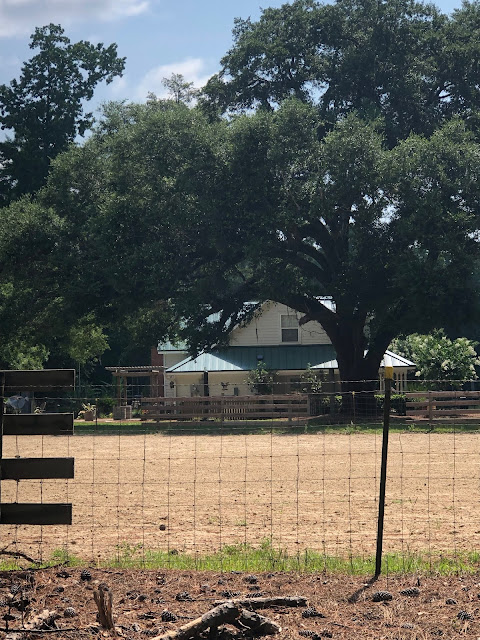