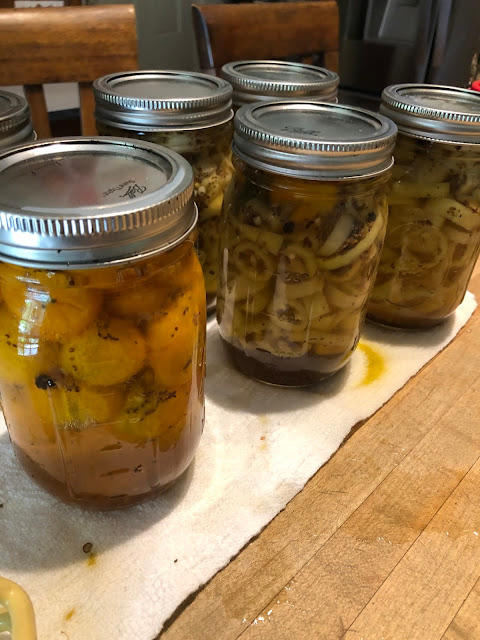 There was a whole lot of food-processing going on in the kitchen today. First Mr. Moon packaged up serving sizes of snapper in vacuum sealed bags to put in the freezer and then I made four pints of pickled peppers and two of pickled cherry tomatoes. I have no idea if either of those will be any damn good at all but I am quite certain that the fish will be. He saved out some grouper that he also caught and I'll be cooking that tonight.

Have any of y'all watched the Netflix series "High on the Hog"? I've watched two episodes now and it's amazing. It's about the influence of African American cuisine on our country and it starts, as it should, in Africa. The second episode, which I watched just last night, absolutely blew me away. It was filmed mainly in the Carolinas and although I do not live in either North or South Carolina, I was profoundly reminded of how much of an influence the cuisine of the enslaved people from Africa has on my present day cooking and our diet in general. There was a sort of feast prepared and eaten and there were greens and cornbread, field peas, and roast pig. I think of our garden right now, filled with peas of different types, all of which can be referred to as field peas, okra, and peppers. I think of our winter garden when we grow our greens and they were all represented in the garden and the prepared meal in the episode. I think of the wild pig we have been so fortunate to eat, the game, the fish- all of these would be recognizable to those people who were brought here bound in ships against their will, sold to suffer in inhuman working conditions to grow the food, cook the food, build the homes, the gardens, the roads, the very bones of our country with their own bones, the sweat of their brows, their very blood. I have always known that our diet is heavily based on the foods brought here from Africa but that fact was truly brought home as I watched that episode last night. The debt this country owes is never-ending and I will be continuously and eternally humbled.

I've been a little down today and that is no real surprise. I'm not going to apologize for it. It's normal.

Eh, no need to talk about that.

Instead, let me show you a few pictures of the Weatherfords in North Carolina. 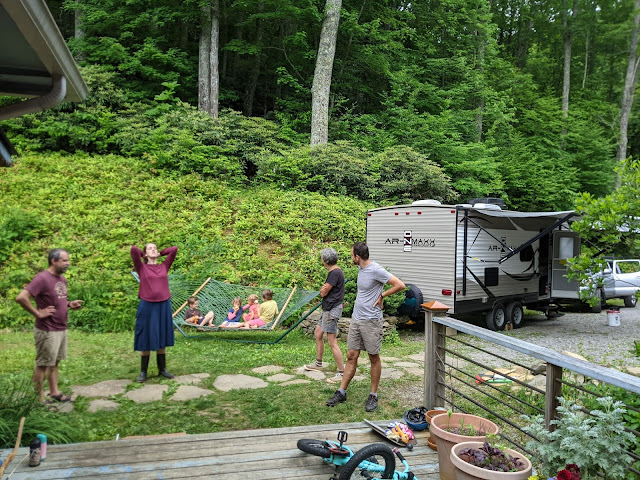 The RV is all in place. When I think about them pulling that thing up the mountain on the twisty, narrow road I am more than impressed that they made it. I could not drive that road in my Prius without having a panic attack. I am indeed a flatlander. A Florida flatlander. We barely have hills, much less mountains. 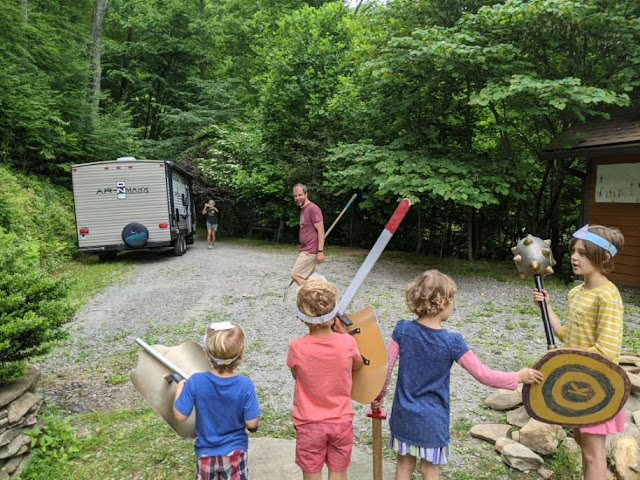 The cousins are already united in play. 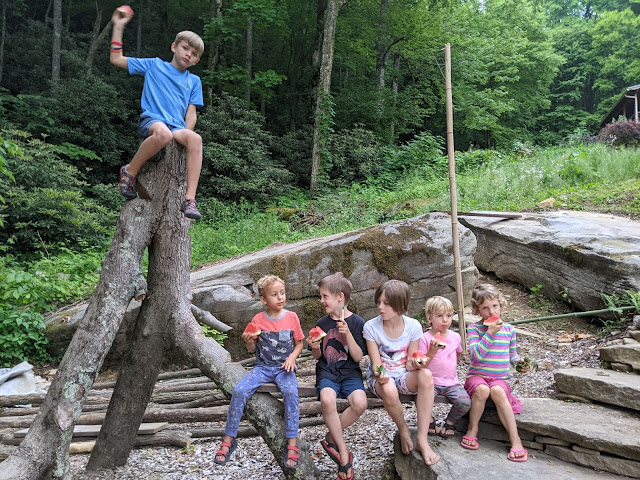 And in the eating of watermelon.
As Jessie said, the boys are going to have the best summer of their lives.
We still have six chicks. I have noticed that one has feathery feet like Fancy Pants. Since none of the hens do, perhaps that is his baby, even though the little one is a very light yellow while Mr. F.P. is black.
I'm going to get an early start on dinner tonight but I will leave you with this picture. 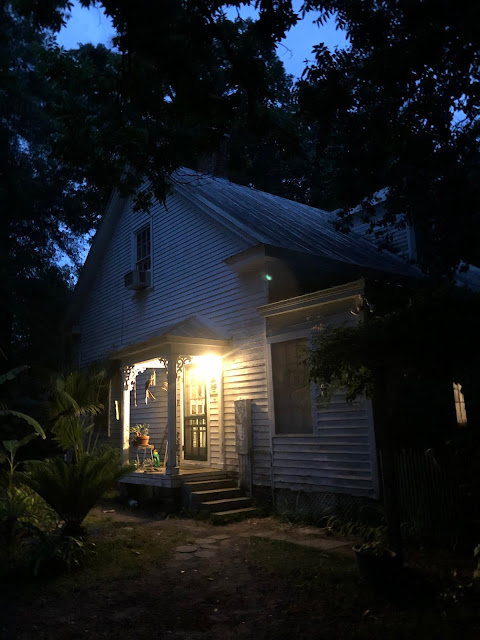 I took that last night when I was coming in after shutting the chickens up for the night.
My babies may travel far and wide but there will always be a light on for them here. And they know that.
Love...Ms. Moon