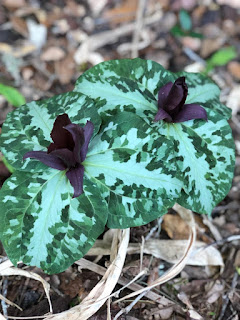 How can it be that the trillium are already blooming again? I would never have even thought to look but I finally got out the garden cart to pick up branches in the front yard and there they were. And it was almost spring-like today. The skies were blue and the temperature got up into the high sixties. Last week's cold is as gone and forgotten as the wisp of a dream.

I went to town today.
Boy, did I go to town.
I wanted to get some more bug flannel to make August a dress. And go to Publix.
Period, the end.
But I realized I needed to replace my phone case because my $6.99 case cracked but hey! It lasted all through Mexico and then some so whatever. I went to TJ Maxx because I was close to it when I exited the interstate to get to the side of town I needed to be on and shopped around and saw a dress that I had to get Ms. Magnolia because it was just so dang cute. And I got a phone case. This one cost $7.99.
Big spender.
Trader Joe's was right next to TJ Maxx so I ran in there and got a few fun items like those reusable waxed bowl covers and a giant shiny eggplant. Always good times at Trader Joe's.
By this time I was hungry so bought myself some lunch.
Then on to Joann's where I could not find the bug flannel but they had so many cute prints that I think a little guy would like a dress made out of. 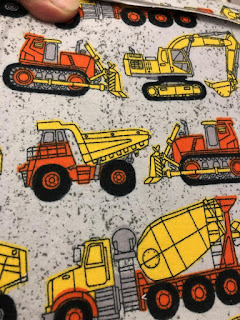 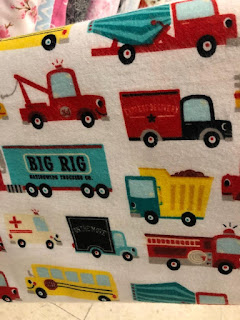 These were two I considered.
I ended up, though, buying enough of two different prints to make more than one dress because they were just so darling. 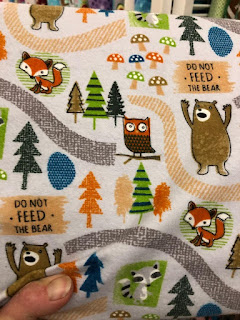 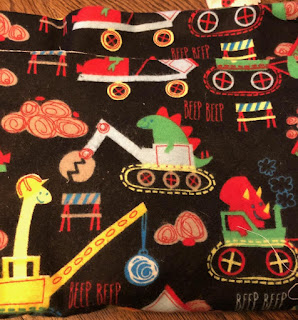 I'll take them both to show August tomorrow when I go in to have my hair trimmed with Jessie who is getting her hair cut too. I'm looking forward to that because we'll get to see Melissa. Whom we adore.
Which do you think he'll pick?

After Joann's I had to step next door into Tuesday Morning to look for rugs. I have suddenly decided that I need rugs and that's all there is to it. They had a lot of rugs but none sparked joy in me.
Haha.

And then finally, on to Publix where I got my real groceries and by the time I got home it was almost four o'clock and I was exhausted but dammit, I wanted to clean up those branches and so I did.
And found the trillium.
And picked more camellias.
Winter's beautiful bounty and coming-spring's first true sign.
This is a good time of year in North Florida.