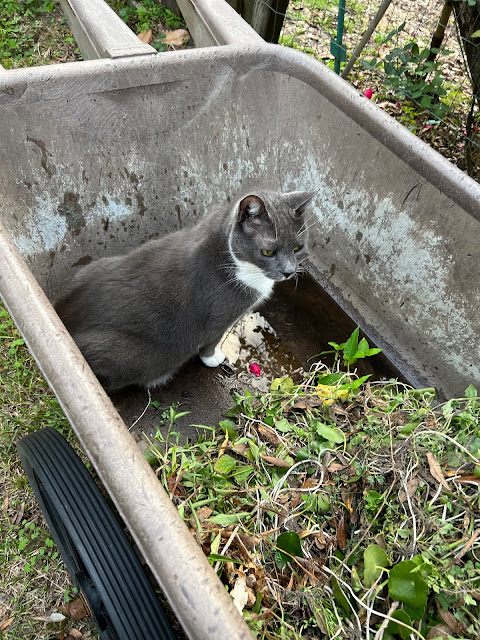 I did a little weeding this afternoon and when I came out of the garden, Jack was in the garden cart having a sip of the muddy rainwater that I haven't dumped out of it yet. I've been piling my weeds in it and when it rained the other night I just let it all sit as if I was making some sort of dollar weed/betony/mud tea and I guess I was because he seemed to like it.
No wonder that cat vomits all the time.
Well, not all the time.
Or I suppose, it could be ingesting things like that which give my cats such life-prolonging powers. My pets never die within the expected timeframes for pet lifespans.

I did get to see Lis today! And Lon, too. Mr. Moon and I met up with them in Monticello where they are staying with Lon's sister's family and it was a joy to see them. They are simply the most precious people. We had a nice lunch, sitting outside by the courthouse. A roundabout circles the beautiful old building and there is a lot of interesting traffic that goes by there. Lis and I were eating at the same restaurant once when an accident occurred and a van ended up on the steps up to the courthouse which was loud and alarming! No one appeared to be hurt and the cops were there within seconds as the police department is a block away. Monticello is not a big town although it is the only town in Jefferson County where I live. Lloyd is just a community, really, or a village at the most. We do have a traffic light here, a block away from my house. It is a flashing caution light and people get so confused about it. I've heard many wrecks at that intersection. I hate that horrifying sound of a skid, and then an impact. There is no mistaking it for anything else.

But everyone drove carefully on the roundabout in Monticello today and we sat and ate and enjoyed the weather and the company and we got to catch up a little bit. Lon is putting a new roof on their house by himself and the lake they live on is almost full. Their fifteen year old grandson has just gone on his first date. We discussed grandchildren, of course, and projects, health-related stuff and just a whole lot of telling each other how we miss the four of us being together.
It wasn't nearly long enough but it was far better than nothing and at least I got to set eyes on those beautiful people, to give and receive hugs.

They had to run and so they did but Glen and I hung out in Monticello for awhile. We went to Wag the Dog and I bought some lovely place mats, a spool of wired velvet ribbon, and an old children's book called, "The Managing Hen and the Floppy Hound."

The illustrations are gorgeous. 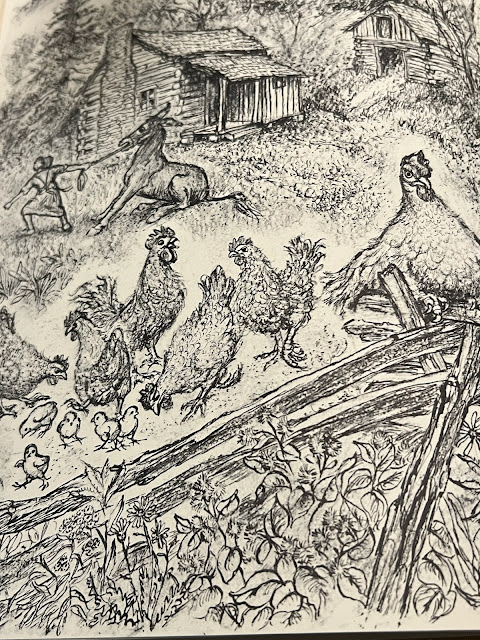 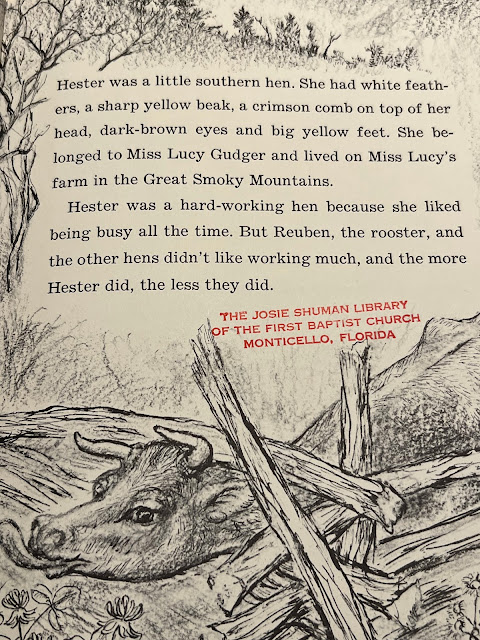 I just leafed through it a bit and oh my goodness! This is not a silly, happy book about a chicken and a dog! It's got some serious stuff going on about critters who steal and kill chickens and a strong, brave woman who scares off those critters with her great-grandfather's old gun. She also grows the food and cuts down trees on her property in the Smokey Mountains. 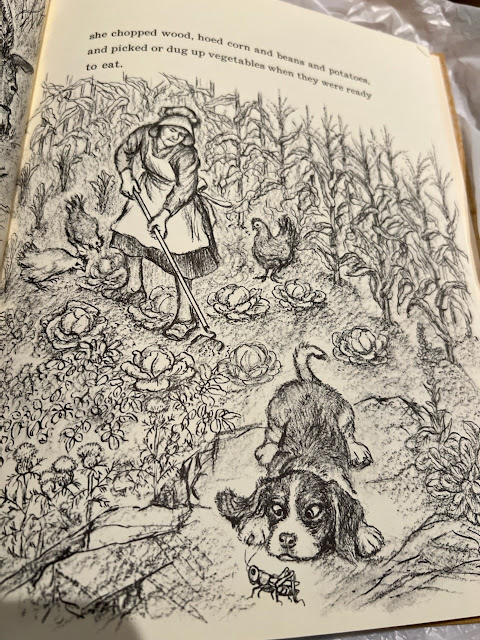 Well, if it would be appropriate for any kids today, it would be appropriate for my August and Levon who have a grandma who lives in the mountains in North Carolina who keeps chickens and gardens and is as strong as any woman I've ever known and has been known to scare off full-grown bears from her apple trees!
Ooh! I can't wait to read it to them!

I also bought a little something-something at another store, a "real" store that is going to be someone's Christmas present. I think I know whose. So pretty.

And then I came home and did a little weeding and now I'm going to make egg rolls for our supper. I better get started. They are fussy.

But before I go, here's a picture from a few Bradford pear leaves that I found today beside the kitchen porch. 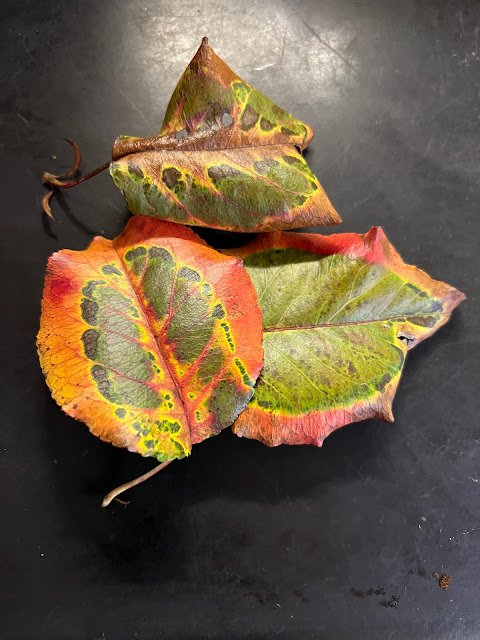 Not all of the dropped leaves have this border effect but as all of you know, they remind me of the images of the Virgin of Guadalupe whom I love. 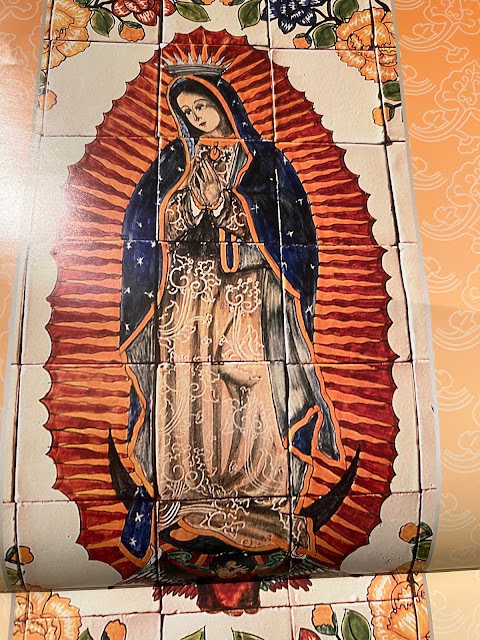