Some Mysteries Solved, Others Grow Deeper 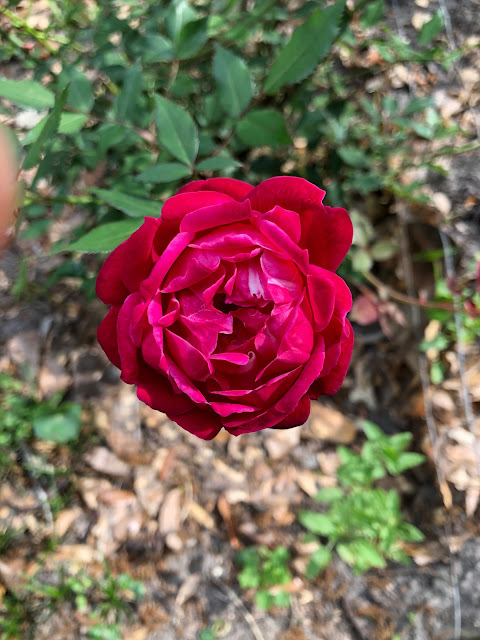 There's one of Ellen's roses. There are more blooms on it, some open, some still budded up, some coming out like debutants at a ball, slow with shyness.

My local county commissioner called me this morning. She is NOT one to shy away from talking to the people she represents. She is very upset about this whole Dollar General debacle but at this point, until they can change the land planning rules, her hands are tied. She said she went to the person who does the site okaying and said, "Those are wetlands," and the woman said, "No, they are not." Then Betsy said, "Well then, that's a flood plain." Again, the woman said, "No, it's not."
According to Betsy some of the people in the local government (rich old white men) are retiring and they were of the opinion that your land is your land and you can do whatever you want to with it. And their definition, I suppose, of what a wetland or flood plain is is pretty darn loose. And Betsy knows full well that that property has always got water on it. She grew up in Lloyd and said that even as a child she could not walk across that piece of woods and she is also very aware that the land south of the Dollar General lot is even lower and wetter and the land across the road is also always wet.
"How are they going to put a septic tank in there?" she asked me.
Well, fuck if I know. Lloyd does have municipal water but not sewer lines.
It is a cluster fuck in all ways.
She says there's nothing we can do now but she is going to fight for better zoning laws and definitions. And I believe her. She told me she doesn't even like Dollar General stores and in fact, will not shop at any big box stores including Walmart. Especially Walmart.

So there was that. We shall now see what happens and I have a strong feeling it's going to include a lot of fill dirt.

I took my walk today. No Man Lord had three guys there today, hanging out with him, talking. They all waved at me and I waved back. Once again, there is some project going on in the yard that I do not understand. It would appear that they're ripping one of the campers on the property apart. What they're going to use the materials for I do not know. All will be revealed, I guess. I think of his place as sort of a continuing work of art and housing. There appear to be many random pieces of...stuff? on the property right now as well as many aluminum cans which I know he must collect and sell. It is all in constant flux. There is an entire culture in Lloyd that I am completely mystified by. And that is fine. I can't even imagine what is thought of me. If indeed they even think about me.

I spent the rest of the day doing little things. I potted up some plants that I have rooted and found homes for those pots on porches. I even put my beloved pineapple plant that I started from a pineapple top that had mostly frozen and may be dead, in a pot with more dirt in it and I'm going to give it the old ignore-it-and-maybe-it-will-come-back treatment. I also made a lemon buttermilk cake for Easter that we will eat with berries and whipped cream. 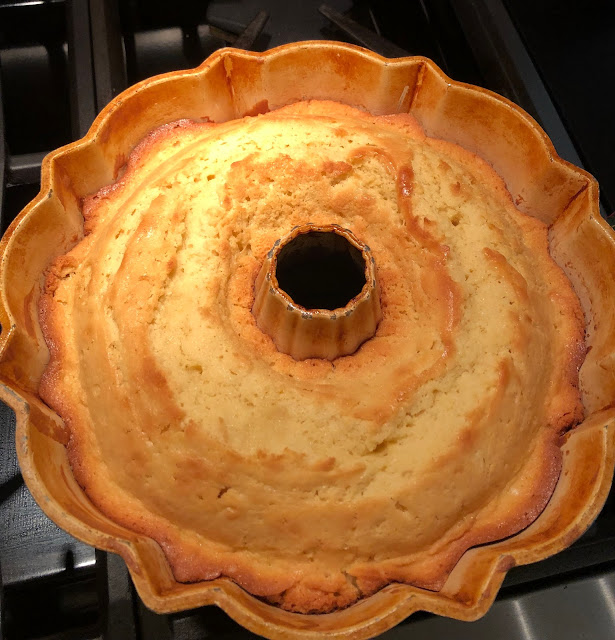 I think it will be very nice.
We've figured out what got my little barred rock. Mr. Moon did set up the trail cam where he's been seeing the scat and it's a fox. I am not surprised. A dog would have snapped her neck and then gone after more hens and the wounds were more profound than what a hawk or feral cat could have given her. So that explains that. Hopefully, the fight that she put up will deter the fox from taking on another chicken but if it's hungry enough, it may try again. It could be a mama fox with kits. I'm sure that the fox does not feel comfortable in the least attacking a hen in the area where it sees humans come and go all day long. I am somehow comforted that it was a wild predator and not someone's pet dog.
Today is Jessie and Vergil's ninth wedding anniversary. Can you believe that?
Here they were, nine years ago today. 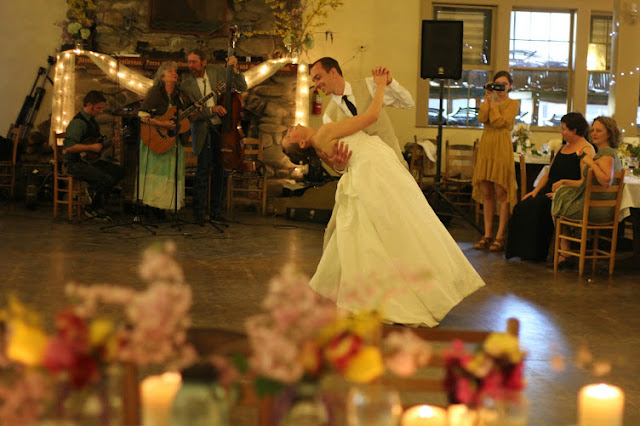 Lon and Lis were playing music, Jessie and Vergil were dancing. We will be talking about that wedding for the rest of our lives.
This weekend they are going to go to Apalachicola to celebrate and August and Levon will spend Friday night here, and Saturday night with Aunt Lily so they can wake up with all the cousins on Easter for Easter basket fun.
And that is that in Lloyd today. For whatever reason, Blogger is not letting me answer comments on yesterday's blog. It keeps telling me that it can't access the captcha function and never, ever before has that function ever been a part of my replying to comments. I shall try later. I am grateful that I got to reply to our Dianne's comment last night about the day she'd had which involved her husband getting multiple biopsies to see what the progression was for her husband's recent cancer diagnosis. Many of you replied to her comment and that only gives me more proof of what a beautiful little community we are. Dianne- keep us updated. We are here for you.
Love...Ms. Moon
Posted by Ms. Moon at 7:06 PM