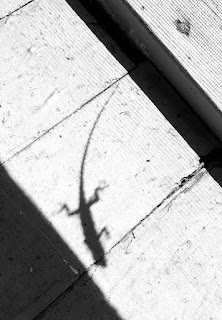 I was listening to a book yesterday and a scene occurred where there was a tent revival and it astounded me once again how people are conned into giving money to those who promise salvation with promises which can never be proven. By playing on their emotions and gathering them into frenzies of desire to feel that they, too, have souls and lives which a heavenly god cherishes and loves and demands much from.

By a long and winding thought process, this led me to thinking about how, as children, we are told things with words and with unsaid but incredibly strong silent communication that we either recognize then or early on, are not true and in fact, bullshit. These words and messages may come from a place of belief in the adult who transmits them or, they may be used as a means of control and intimidation.
I am not speaking of things like the santa myth or the tooth fairy.
I suppose I am thinking more about religious beliefs and the necessity of keeping secrets within the home as well, I suppose, as cultural assumptions like racist or sexist beliefs. And I am very curious- did you experience anything like this? Would you share it? Would you speak a little of it, what you were told or what was starkly implied and how it made you feel? Did the trust you held for the adults in your life convince you of the truths of which they were speaking or showing you? What made you begin to question these things? Did this make you less likely to trust what you were told by authority figures? How did it affect your relationship with the adults who perhaps believed these things themselves or were in fact, simply lying? If they were cultural, did they make you begin to look at everything differently? Did you feel disdainful, condescended to, angry, distrustful, lost?

I would really appreciate any feedback here. For some reason, this is something I am really thinking about right now and I would like to know if others have ever thought about this subject in a way that relates to the experience and how it changed or formed their lives.