Look At That Man! 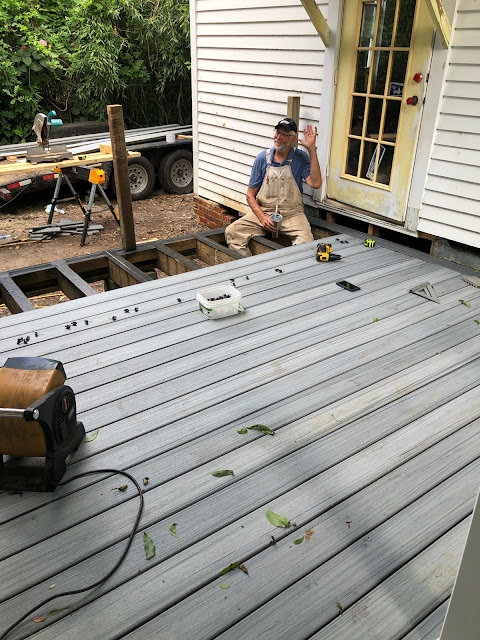 While I have been significantly lazy today, Mr. Moon has almost finished the deck. He has worked so hard on it. It's made not of wood but that compressed recycled stuff that will supposedly last forever. I sure hope so. He really does not need to do that again.

I'm here to tell you that I won't really be here tonight because Lon and Lis are coming for supper and I'll be busy in the kitchen and socializing and stuff like that.
I'm so excited.
I've got bread in the oven and I'm going to roast a little chicken and I have potatoes and carrots from the garden. I went out to pull the rest of those and had no idea that so many were still lurking underground. 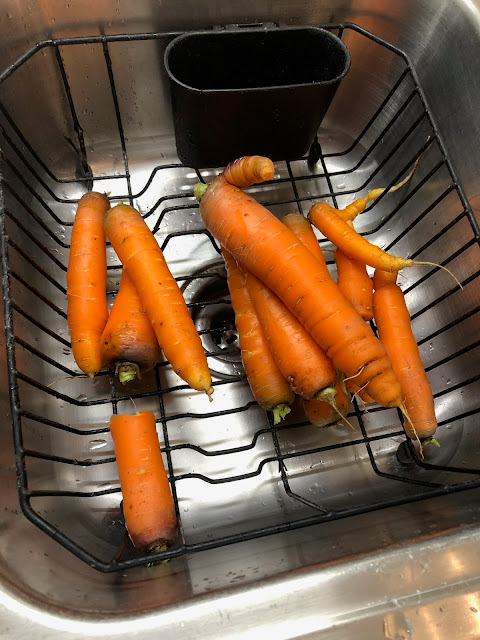 Okay, it's not that many but I honestly thought there were about three. Don't ask me why. I'm not very observant.
So that's it from me this evening. All is well and there will be martinis and the men will discuss radiators and radial saws and radial tires (I'm making this up- I have no idea what they'll discuss) and Lis and I will giggle like Betty and Wilma because that's what we do.
I am not making that up.
Love...Ms. Moon
P.S. As of today, I have been writing this blog for fifteen years and one week which makes a total of 9,093 posts I've written but who's counting? Well, Blogger, for one.
Thanks for being here, y'all. I could probably do it without you but it sure would be lonely. Not to mention pointless.
I kiss every one of you.