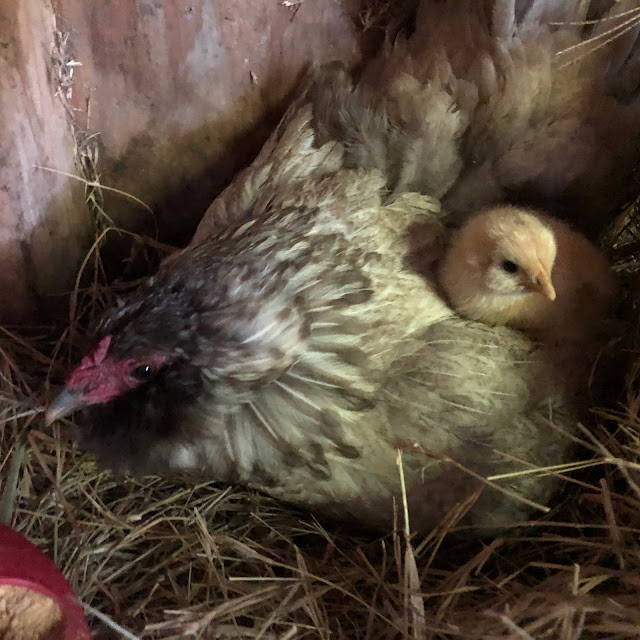 This little pair is so photogenic. I need to name that one baby child. Pansy? I think I had a Pansy before but if so, she is long gone. Gosh but I hope the chick isn't a rooster. Violet finally got off the nest this afternoon and has the baby out scratching in front of the hen house. I think it's time to throw the rest of the eggs away. I noticed just now that some hen has laid another egg in that nest alongside the ones Violet's been sitting on. Too little, too late, Missy!
One of Darla's chicks has been named by Gibson who always names a chick "Dearie." It is tradition. In this case, it's the chick with black wing feathers coming in.

So that's the chicken news. Here's the main thing I did today. 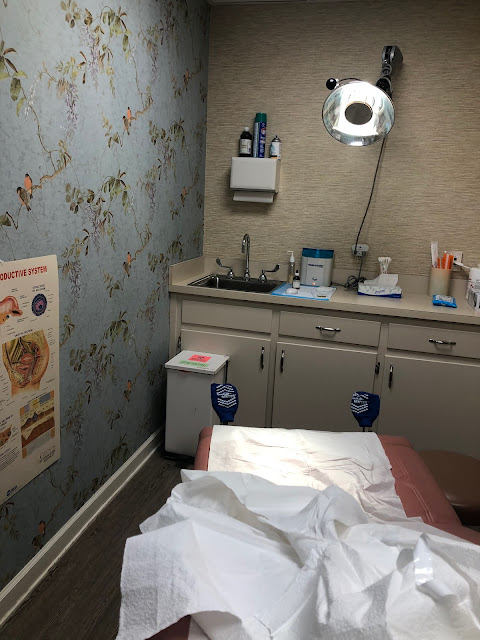 I think all you ladies will figure it out immediately.
I knew that my bio-identical hormones prescription was going to require a renewal from my GYN and I also knew that I was going to have to go see him as I have not graced his office or exam table in years. I mean- come on. You have to be realistic. I do get my mammograms and last year I did have that ultra sound to measure my uterine lining to make sure things were in balance but that's not a hands-on situation with a speculum in your own personal body parts.
So I had to make an appointment which I did and today was the day. It literally took me longer to fill out all the damn paperwork than it did to get the exam. And the exam was not bad at all. This doctor is so gentle and kind and puts me at ease right away. Turns out that women over 65 aren't necessarily recommended to get anymore paps which is awesome. He told me he'd be glad to give me one if I wanted one or if he saw anything worrisome but that was a negatory on both issues.
My "tissues" looked "good."
Phew! What a relief! Don't we all want good looking tissues?
I know I do.
When he saw that Dr. Zorn was my GP he said, "He's got a new office, doesn't he? I'm gong to be seeing him soon. He's my GP too."
Turns out that Dr. Zorn isn't just popular among the young and female and old and female. Even older male fellow-doctors think he's pretty darn great.
"He looks like a kid," my GYN told me. "But he's a whiz."
In the end, I decided that overall, I'd rather get an internal exam from this doctor than walk four miles on a hot day. I'm not kidding about that either. This is not to say that I wasn't shaking with anxiety before I left the house. Hell, I took 3/4's of a .5 mg Ativan before I took my shower which was probably the first Ativan I've taken in months. Many months. Those pills are so old I don't even know if they're still any good but the placebo effect is real and if that's what calmed me down a little, then that's good enough for me.
So I did that and then I picked up a few things at Costco and at Publix, feeling all relieved and shit. I had clean hair, shaved legs, and was wearing a new dress I got off ebay which I quite like. You should see the pockets on this thing! I felt like I was on a date with myself.
But I will say that I'm fairly exhausted now. Getting so worked up will do that to you, even if there was no logical reason to it. There never is any logical reason for my panic when I have to go to a doctor and I doubt I'll ever get over that. I was thinking the other day about how I even tried going to a hypnotist for the problem but that just did not work out First of all, he was a retired MD. Secondly, he was really old and sort of creeped me out. He insisted on giving his instructions through a microphone that looked like it may have come from an RKO studio in the forties while I was less than four feet away from him which made me wonder if he was insane and also made me want to laugh in a not-entirely comfortable way. The whole situation was so anxiety-producing that it seemed extremely counter-intuitive to go back to him to get treatment for anxiety. The old dude even e-mailed me several times after I told him that no, I wasn't interested in any more sessions, advising me that he thought I would really benefit from seeing him again.
I guess we'll never know, will we?
Anyway, I survived today and have very little planned for the rest of the week which is just the way I like it. Perhaps Mr. Moon and I should take a day to drive over to the state park that Jessie and Vergil went to on Sunday. It's called Madison Blue Spring State Park and I'm not sure if I've ever even heard of it but it sure does look heavenly. 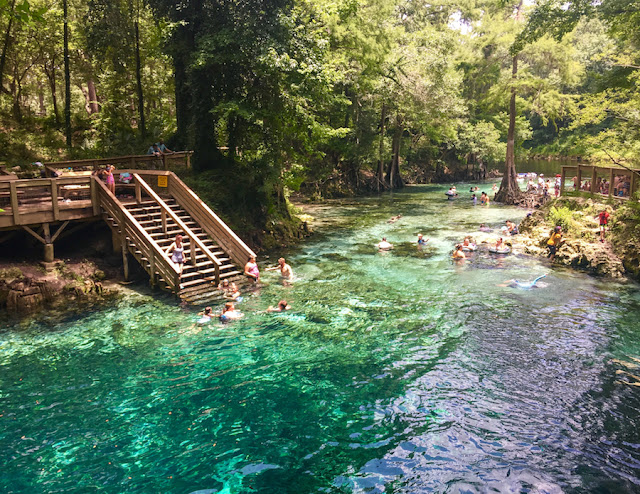 And it's less than an hour's drive away.
Yes. I think we should do that.
Stay tuned.
Meanwhile, here's some roses. 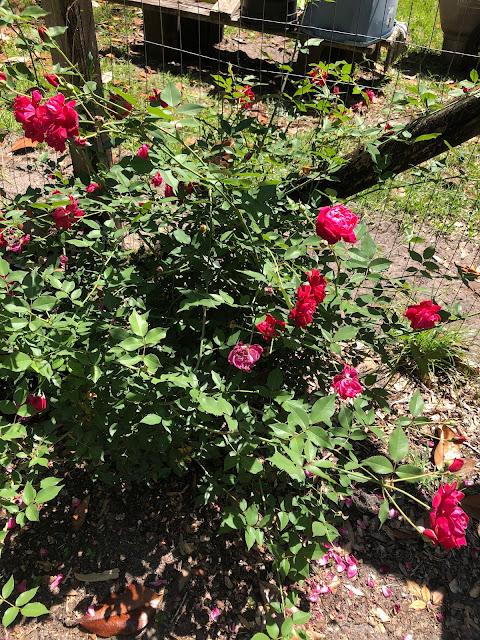