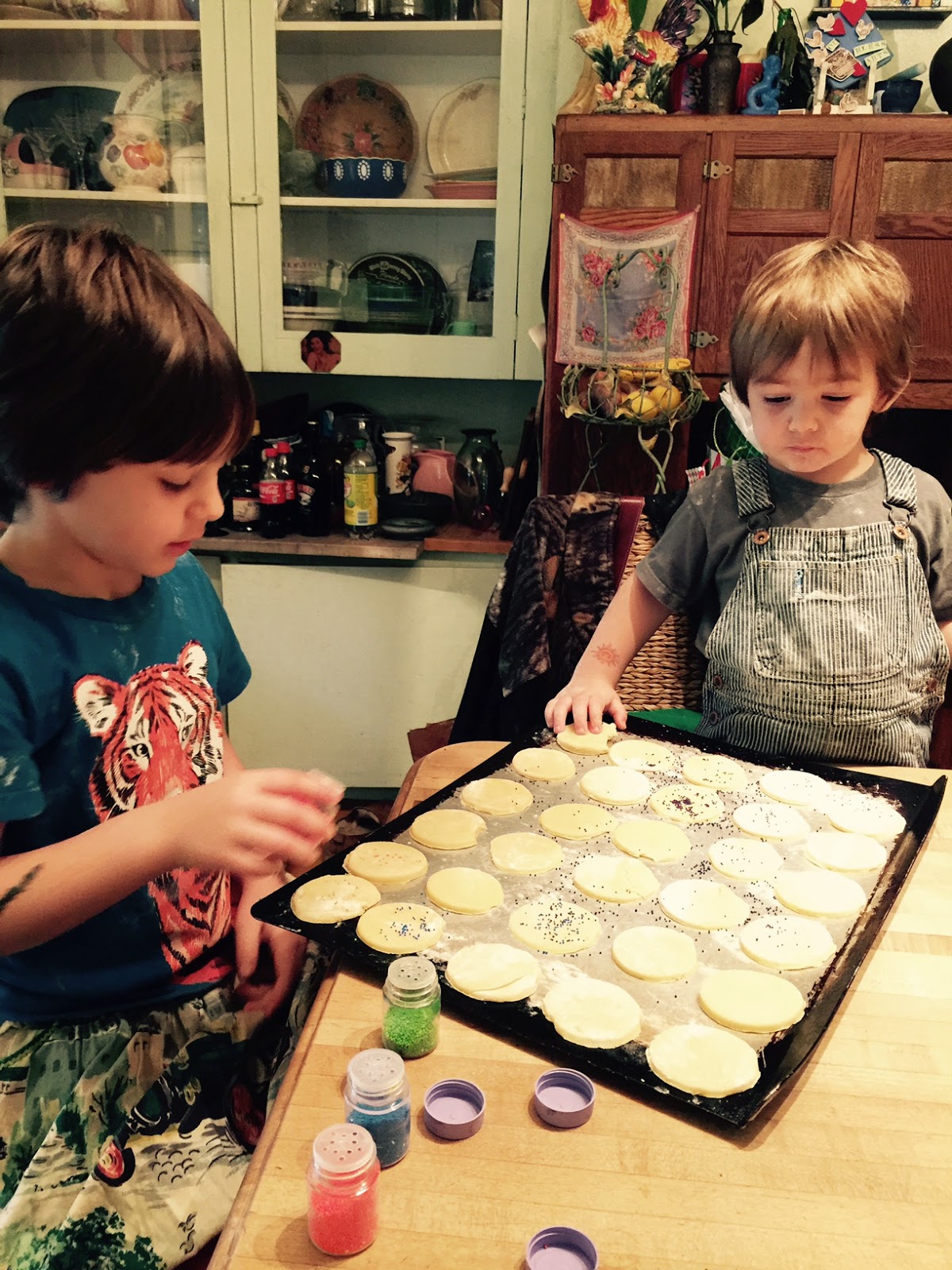 I feel pretty good about how things went in the Mer Mer Day Care Center today. We did a lot of stuff and most of it did not revolve around a screen although we did have some rest/down time which did and I got to read more of the lovely book I'm reading. I'm at that point where the end is coming and I DON'T WANT IT TO. 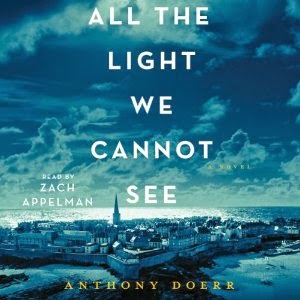 I might actually figure out the Audible Book thing and listen to it on my phone. If I can. Figure it out. It's that good.

But back to the boys. We played pirates which inspired us to go dig up treasure in the driveway (glass, bits of pottery, shells, rocks, a pull top from an old soda can) and put it in a box and bury it and make a map where X marked the spot. That was big fun. They gave me a make-over and sadly, Mr. Moon has not even noticed yet. We fed chickens and goats. Owen climbed a tree. We colored. We played on the play set. Well, they boys played. I sat in a chair and read a magazine and pushed them on swings. Can't be wearing a Mer Mer out, you know. They ran around in the garden like caged lions until I made them stop because they were smashing my baby onions. We also made sugar cookie dough and then we rolled it out and decorated the cookies and then we baked them although Gibson thought they were quite fine in the dough stage and didn't really understand why we had to bake them.
I completely understand.

Boppy got home before Daddy got here and there was some board nailing and duck-egg hunting. Those durn ducks with their lesbian sex and louche ways, dropping their eggs wherever they want with no regard to location. They are so merry and so silly and they hang with the chickens all day and night.
And I have to tell you that I saw no sign of Miss Dove today and so I think she is gone which saddens me a great deal. She was such a pretty hen and I wanted so badly to make her comfortable.
Such is life.
And the ever-after.

We are going to eat the bream that the boys caught at Bug's the other day. Mr. Moon and I are, that is. I rarely fry anything but bream must be fried. I dip them in flour and then in egg and milk and then in flour and cornmeal with salt and pepper and pan fry them in a skillet with a little oil. They will be so good. I'm going to make the grits that take an hour to cook, too, and some cole slaw. It will be a good supper, I think.

And oh- I wanted to mention a show that Mr. Moon and I watched on PBS the other night. It was just absolutely wonderful. It's from the BBC and it's called The Great British Bake Off.  I suppose it's based on our own cooking contest shows here in the states but it's so...well, British. One of the judges is named Mary Cherry (really?) and she says things like, "This is simply scrumptious!" The contestants are "home" bakers and instead of saying things which contain many words that must be bleeped, they are as polite as one would hope and THEIR TEETH ARE NOT PERFECT! It's one of the most refreshing shows I've seen in a long time and even Mr. Moon was fascinated.
Every damn one of you probably already watches this show and hasn't told me about it. If so, darn you to Aitch E Double Ell.

And there you go. Another day in the life.
I asked Owen if he and Gibson had had a Rolling Stones dance party last night and he said that they did.
"Was it fun?" I asked him.
"No!" he said. "It was SUPER fun!"
I love those boys so much that it makes my heart ache. When I kissed them good-bye I felt really good about the way the day had gone and happy to have been a part of it. There was a lot of pretend and a lot of play and a lot of kissing and hugging.

They both told me they loved me. I told them I loved them too, which is completely unnecessary. They know it. They swagger about the place with the knowledge that they are loved. They are fortunate and blessed as well because they are loved so well by so many.