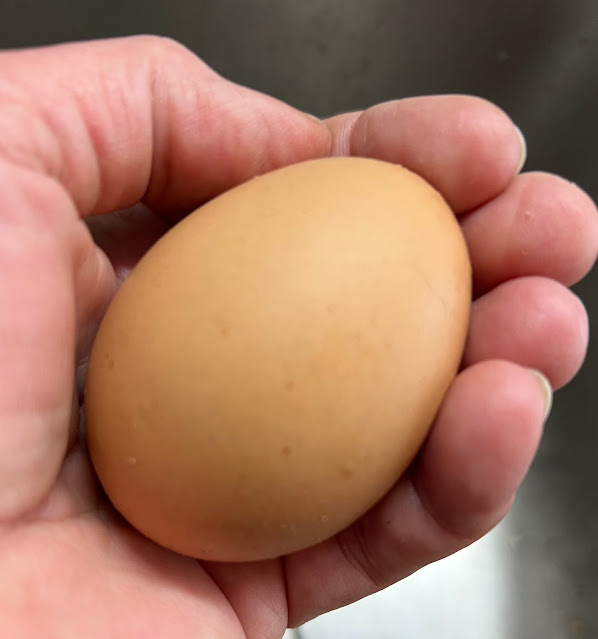 Gosh. Yesterday was just such an emotional day. First thing was that when I went to get the clothespin bag from the pump house, I found that egg- Grace's last- in the wooden crate with hay in it that the hens sometimes laid in.
So I began my day with a few tears.

And then later on, at lunch with Jessie and Vergil, we began to talk about Cozumel and that started the tsunami that I spoke of last night. The idea that we may have had our last visit there overwhelmed me and I lost my ability to speak as I tried to convey my feelings about the island that I fell in love with in 1987 and how much it has meant to me in my life. The magic that I feel drenched and wrapped in, that I breathe in and walk in and swim in and take in while I am there is something I've never experienced anywhere else.
When I am there I feel an essentialness of my soul as if everything else has been burned away in a cleansing flame and I am simply Mary. And I think that my husband undergoes a similar transformation although he would never say that. We are just...us, stripped of the titles that we use to define ourselves in "real" life.
We are Mary and Glen and we love each other so very much. And I love that island so much.

And we may well go back again but just as the island has changed radically in the thirty-five years we've been visiting, so have we. We are not young thirty-year olds. We are not even forty or fifty or young sixty. Age has changed us as surely as cruise ships and Americans have changed that sleepy little island that was known mostly to divers. There are physical challenges for us now. There are mental challenges for me now.

Anyway, last night I just broke down, or the walls I'd been holding all these thoughts and memories within broke down and Glen was at the coast to go fishing and I was so glad to be alone because he would have felt so bad and tried to make me feel better and I did not need to feel better.
I just needed to feel.

He's home now and I'm tearing up again, writing this. I'll dry my eyes though.

It's been a very good day. I was lazy this morning and then I made a sort-of frittata with greens from the garden and potatoes and onions and peppers and cheese and eggs, one of which was Grace's last. I did a float test on it and it passed beautifully. It's amazing how long eggs will stay fine and fit to eat outside of the refrigerator if they are not washed and processed.

And then I went to Lily and Lauren's house as yesterday was Lauren's birthday and Lily wanted to have a little brunch for her. Hank and Rachel were there, Jessie, Vergil, their boys, Owen, Gibson, and darling Maggie who put her own lipstick on. 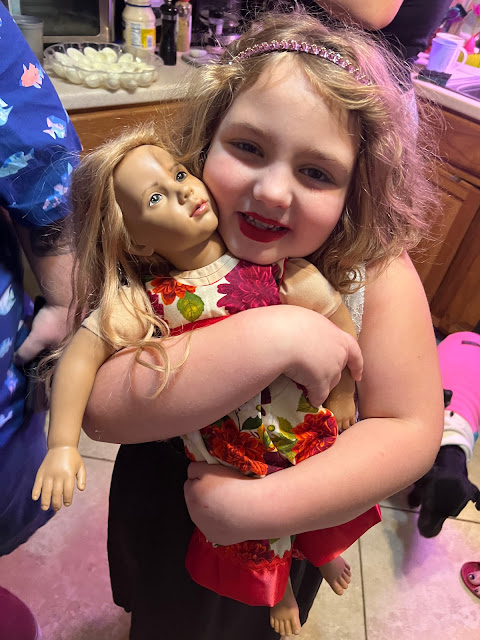 She is already far more skillful than I am in lipstick application.
There were all sorts of delicious foods including biscuits and a hash brown casserole and salad and fresh fruit and deviled eggs. As always, no one starved.
We ate outside because the weather is perfect right now. It was a sweet time and the kids all played together until it was time for Jason to come and pick up the Hartmann kids to take to the Winter parade in Tallahassee. Before they left though, we all sang Happy Birthday and Lauren blew out the candles on the beautiful cake Lily made her. 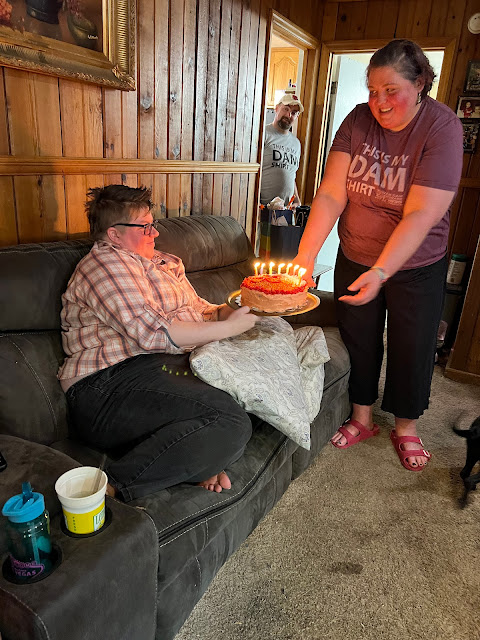 Pepper and Chloe were all dressed up in their fancy dog hoodies. 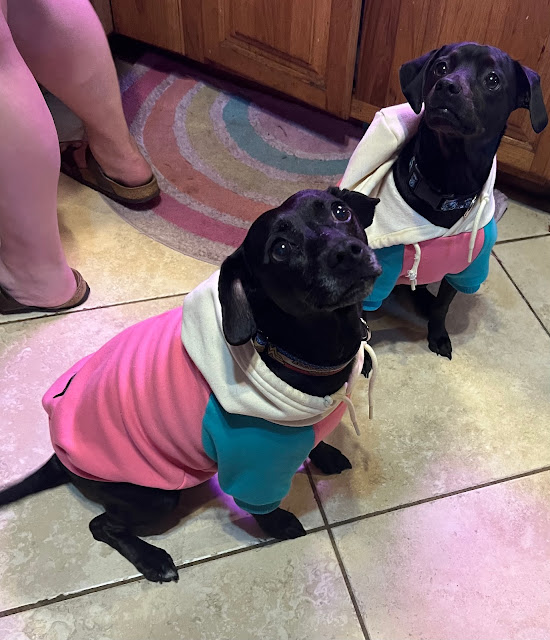 Lauren not only got the dogs matching hoodies, she also got one for everyone in their family. Christmas Card Photo, here we come!
As the card I gave Lauren said, she's a Badass. In the absolute best sort of way.
And that was my day.
Tears and laughter, kids and dogs, cake and casseroles. 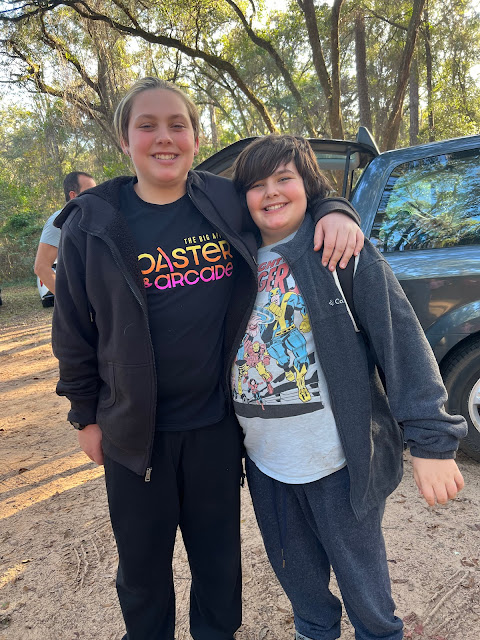